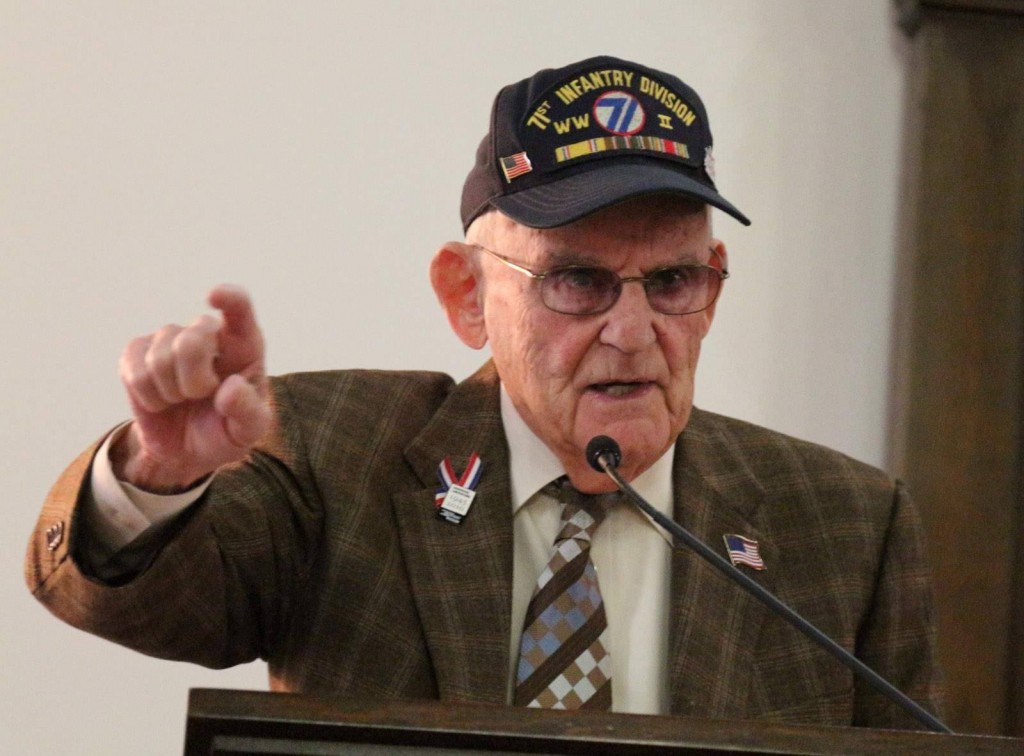 Alan Moskin was born in Englewood, New Jersey on May 30, 1926. He attended Syracuse University both before and after his military service in World War II and graduated in May 1948.

He then attended New York University Law School, graduating with a J.D. degree in June 1951. He practiced law as a civil trial attorney in New Jersey for over 20 years and subsequently worked in the private business sector until he retired in 1991.

Alan was drafted into the military service at the age of 18 and served in the Unites States Army during World War II from September 1944 until August 1946. He was a member of the 66th infantry, 71st Division, part of General George Patton’s 3rd Army. Alan’s outfit fought in combat through France, Germany, and Austria during which time he was promoted in rank from Private to Staff Sergeant.

At the beginning of May 1945, his Company participated in the liberation of the Gunskirchen Concentration Camp, a sub-camp of Mauthausen. After the war ended, Alan remained in Europe until June 1946 as a member of the U.S. Army of Occupation.

Alan presently resides in Nanuet, New York and speaks extensively about his experiences as an infantry combat soldier and a “Concentration Camp” liberator.

Moskin’s talk was followed up by a Q & A session.

The University of Central Arkansas was host to the 62nd Annual Southwestern Energy Arkansas State Science and Engineering Fair. 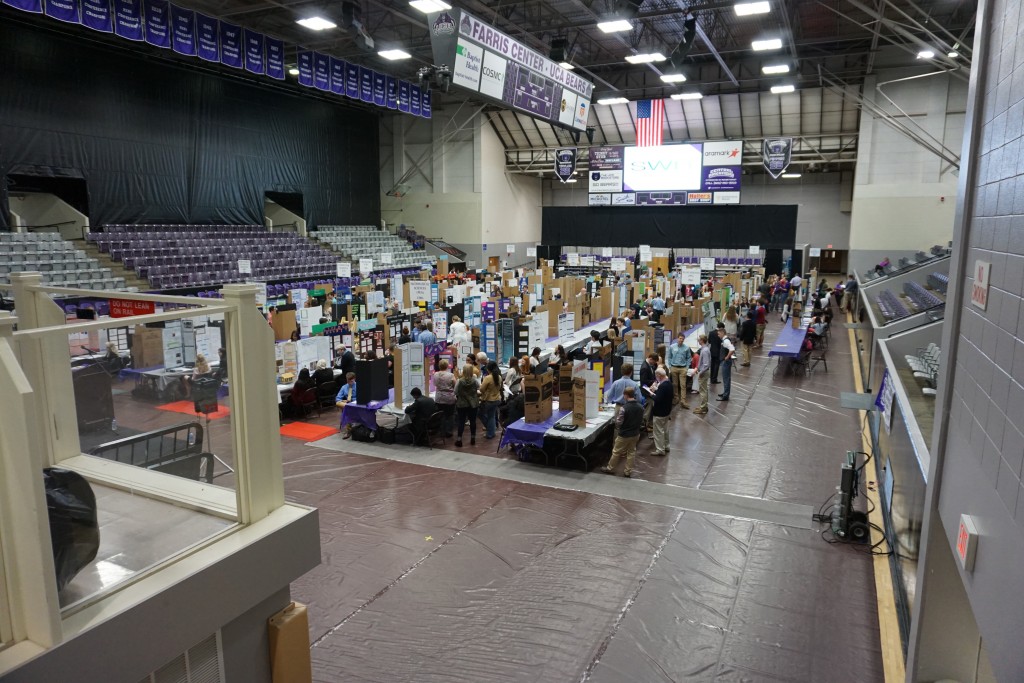 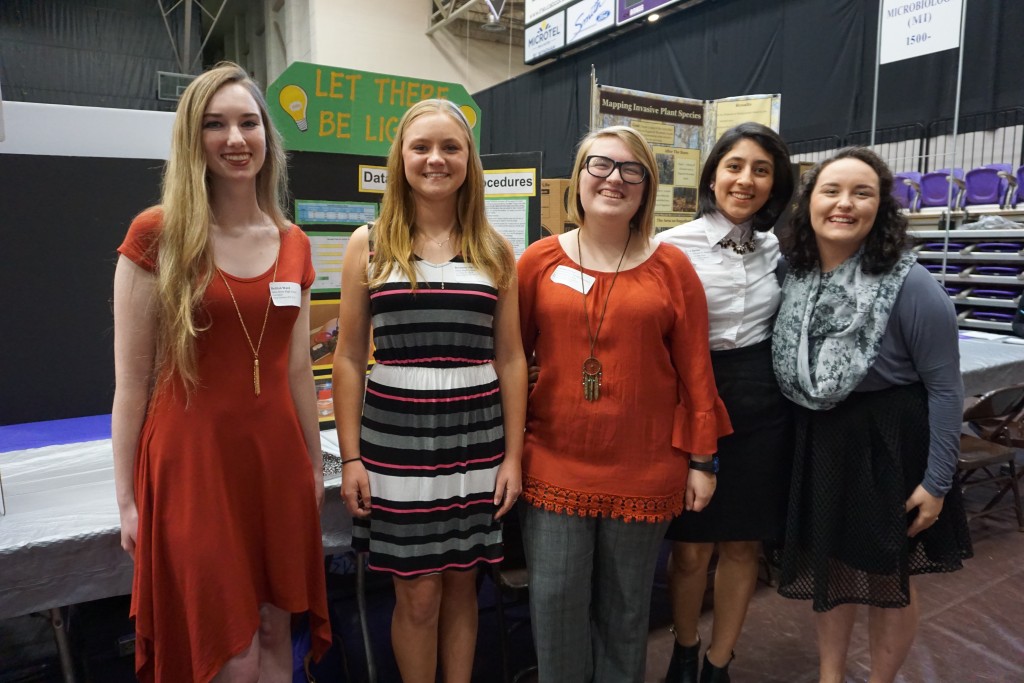 The State Science Fair competition was held at the Farris Center on March 31 – April 1, 2017. The recognition banquet for State Fair attendees was at the Student Center Ballroom at 6:30 p.m., Friday, March 31. The awards ceremony was held at Ida Waldron Auditorium, Old Main Hall, on Saturday, April 1, at 3:30 p.m. 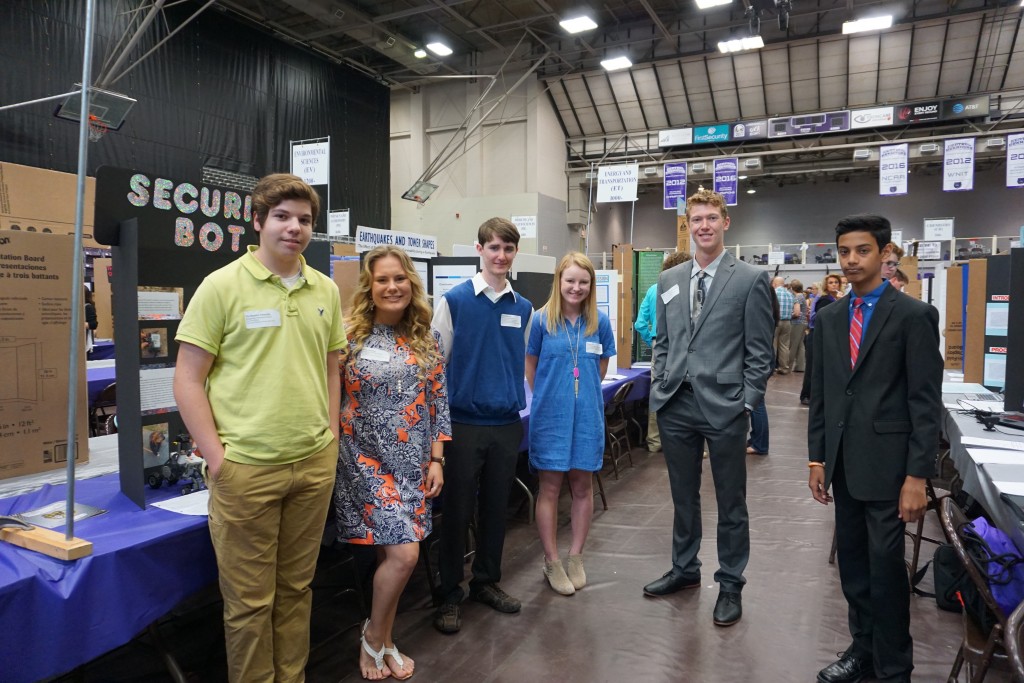 The State Science Fair is sponsored by Southwestern Energy, the Arkansas Department of Education, the UCA College of Natural Sciences and Mathematics, the University of Arkansas Division of Agriculture. 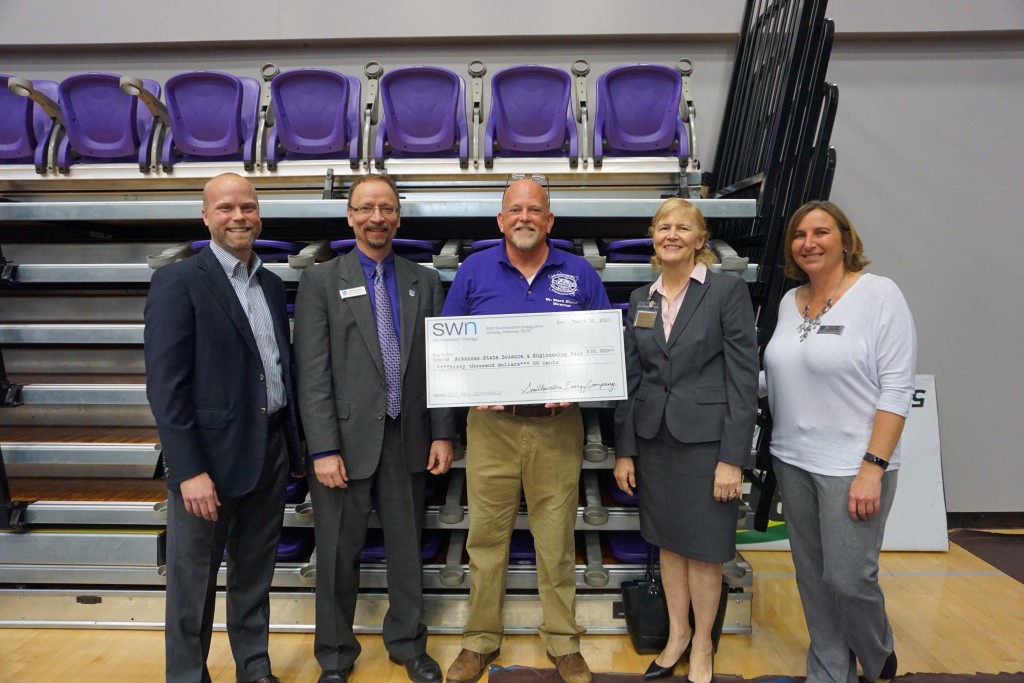 On April 5th, the UCA Wellness Fair brought together 40 wellness vendors to raise awareness about health issues and services available to assist students. 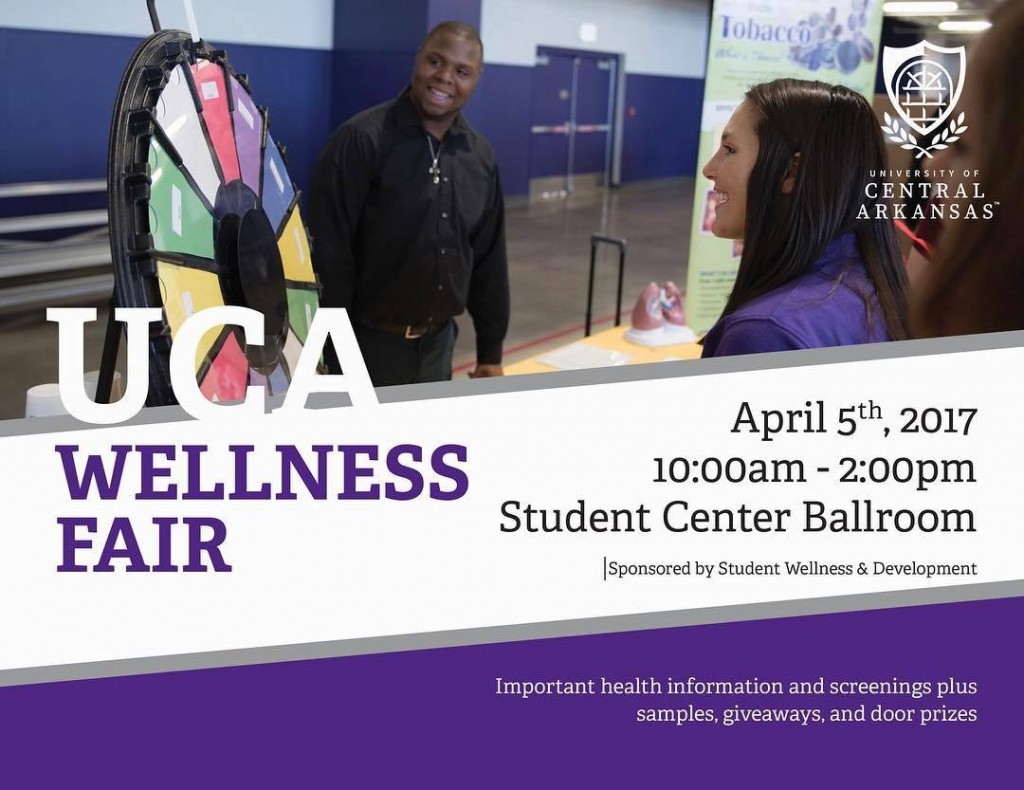 The Fair is sponsored by the Office of Student Wellness and Development. The director, Jenna Davidson said, “Students benefit from attending the fair and it is a great learning opportunity.” 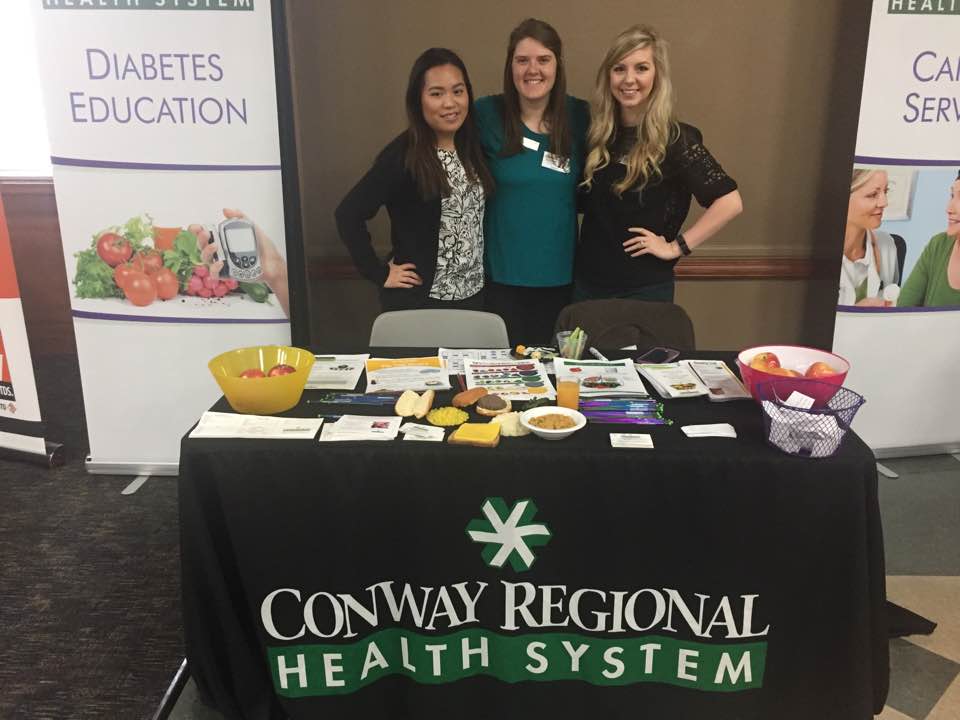 Vendors in attendance included: Conway Regional Health System, Hurley Chiropractic and Wellness Center, Smoothie King, American Heart Hospital, GNC, Arkansas Department of Health, PrimeCare, Susan G. Komen, Walgreens, and several UCA departments. Lauren Allinson, with Aramark had a colorful table with fruits and vegetables for students to sample.
“We are incredibly thankful for the time and effort given by vendors and staff to educate our students,” said Davidson.

The University of Central Arkansas community came together to give back during The Big Event on Saturday, March 11. 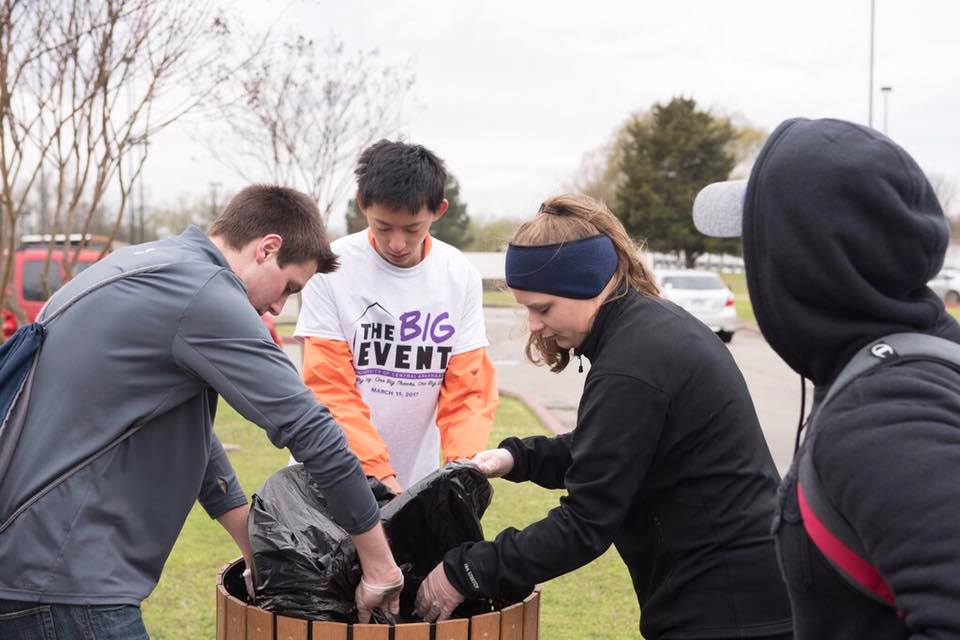 The Big Event is an annual event that brings UCA and Conway together through philanthropy and service. 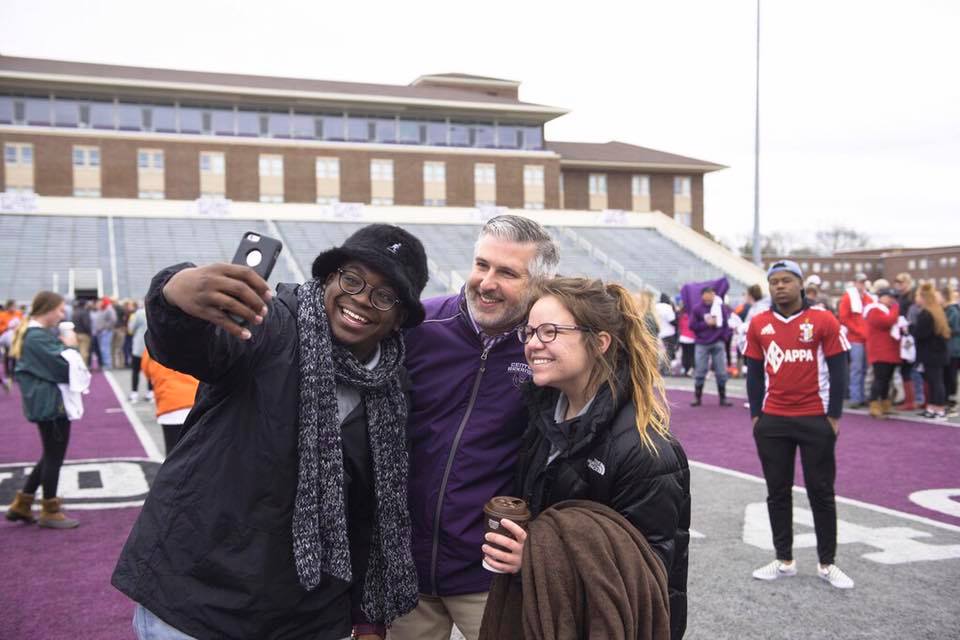 UCA students, staff, faculty, and alumni united for one day of service to say “Thank You!” to the Conway community for all of the support they lend to our campus. 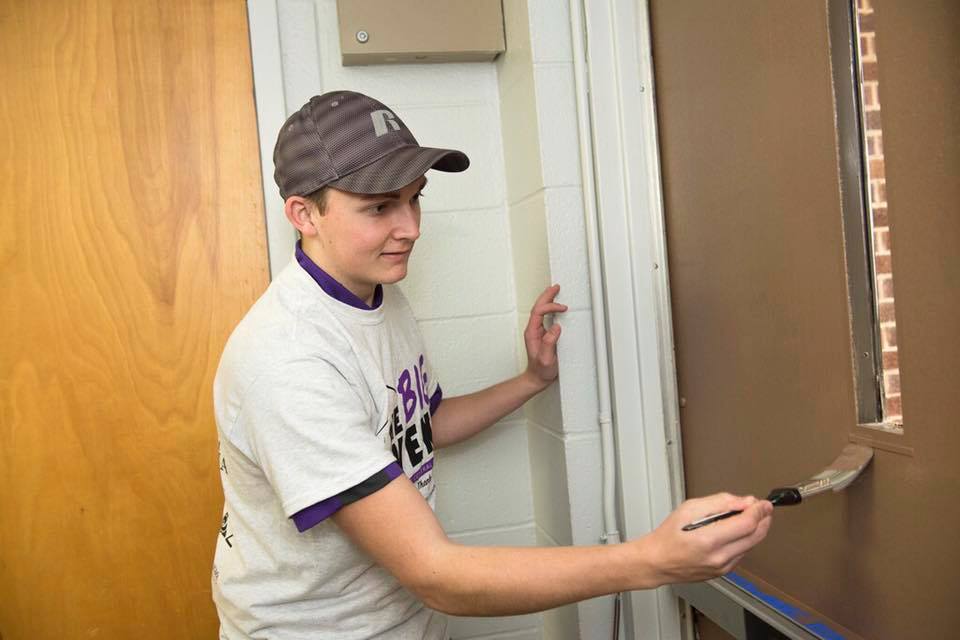 Each year, UCA students organize The Big Event where students, faculty and staff come together to give back to the Conway community through volunteer service. This event, which takes place each spring semester, is an opportunity for students to serve the community that supports them year round. 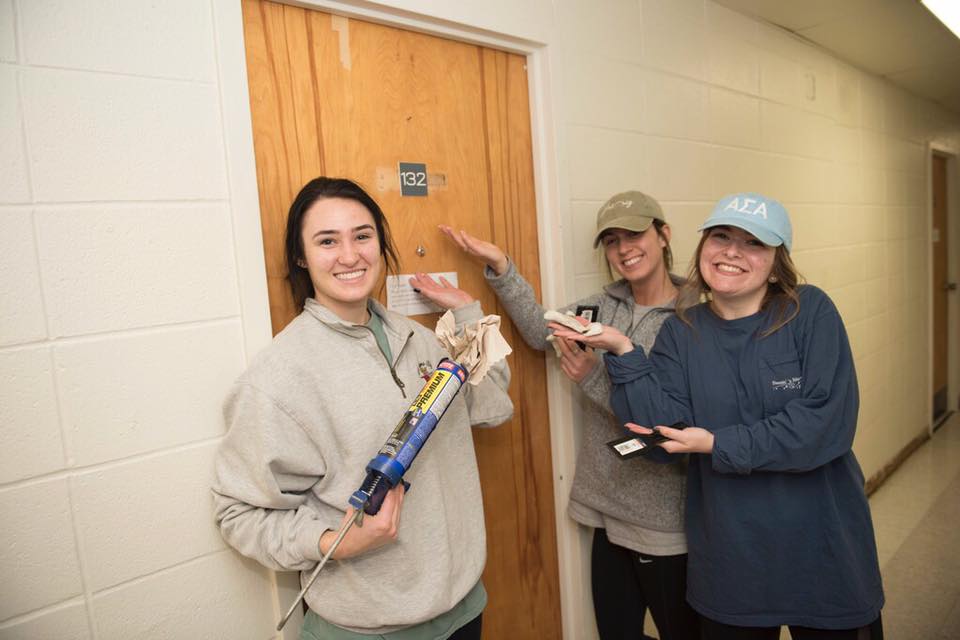 The Big Event began at Texas A&M University in 1982 and has spread to colleges and universities throughout the nation. Now in its fourth year at UCA, the Big Event has grown every year and attracted more than 600 student volunteers in 2016. 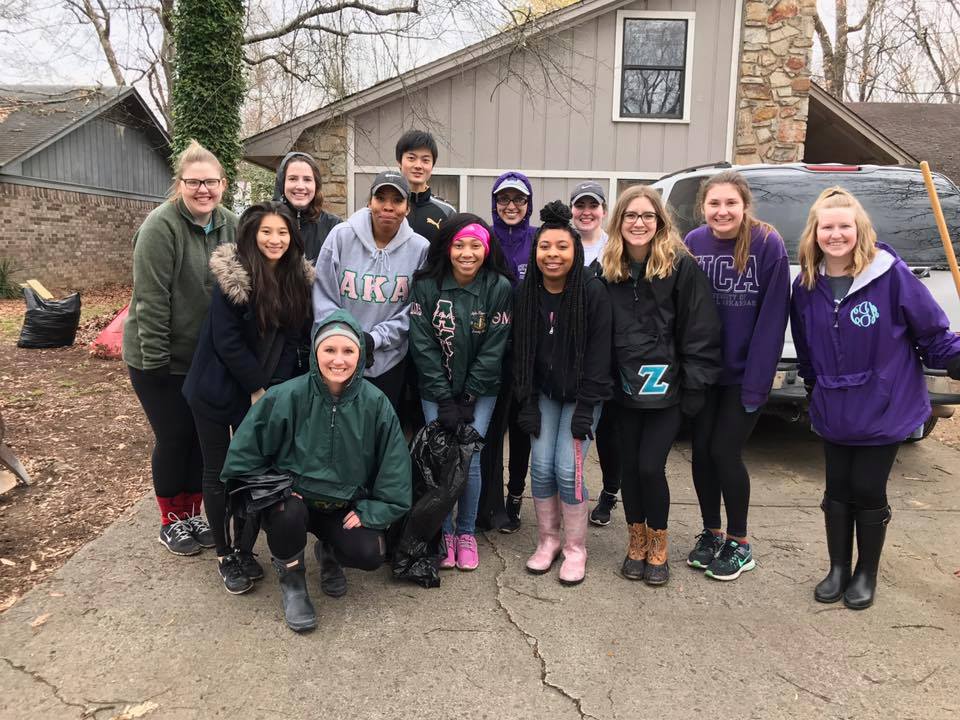 Organizations and residents of Conway are invited to submit a job request. Volunteers are available for indoor and outdoor tasks ranging from raking leaves, spreading mulch, painting and minor repairs, to organizing donated goods, participating in games and activities with senior citizens or completing other proposed projects. 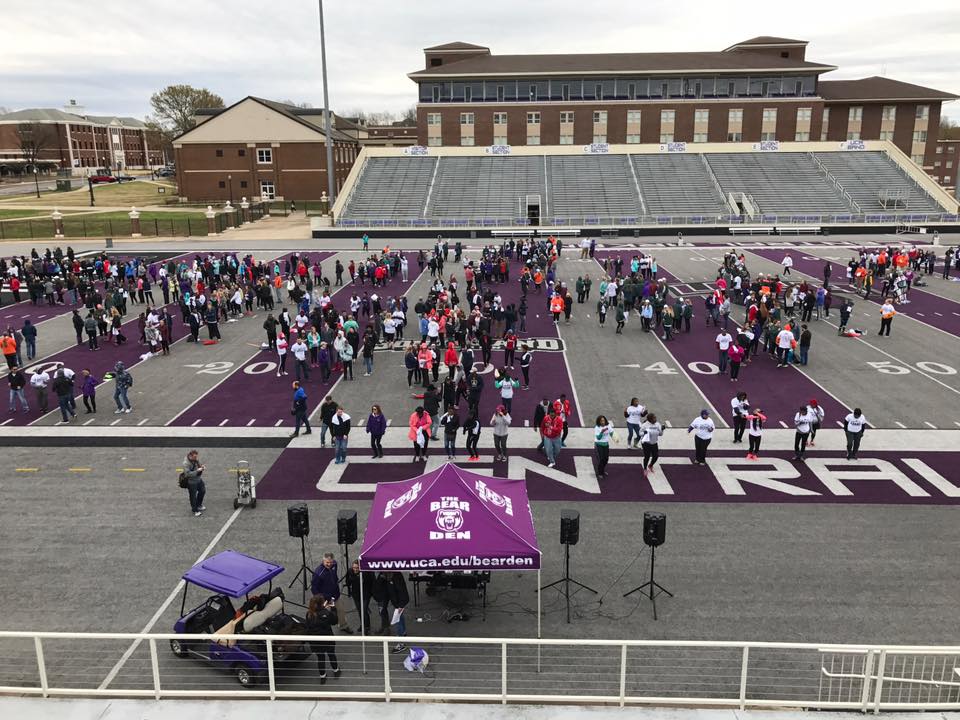 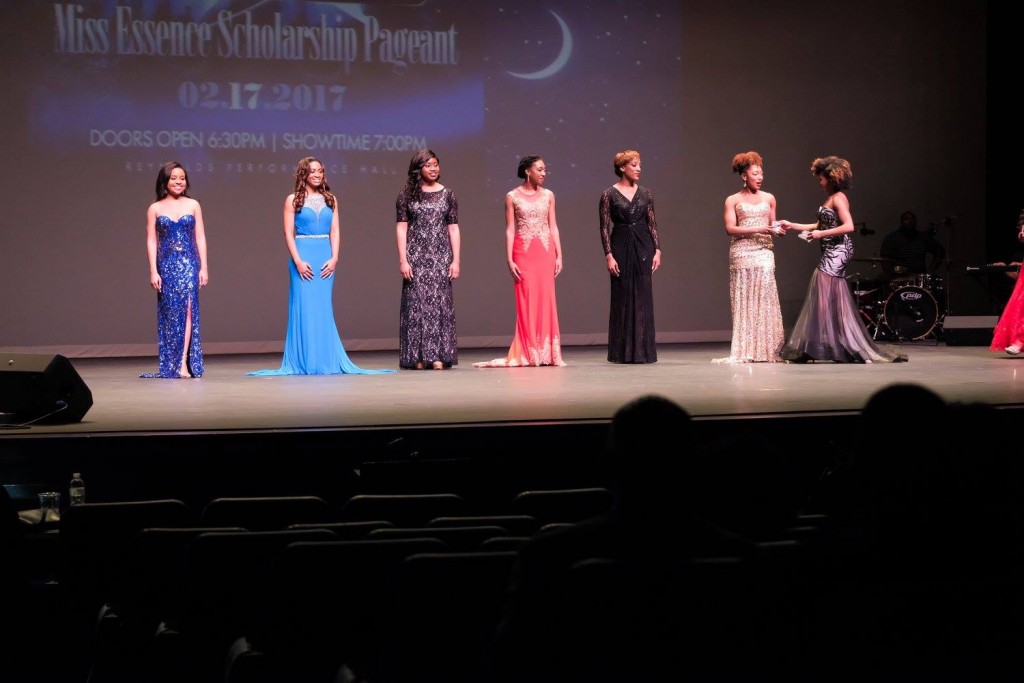 Since the pageant began in 1975, Students for the Propagation of Black Culture (SPBC) has spearheaded the event. SPBC raises money through several fundraisers throughout the year to fund the pageant. Scholarship money is then awarded to the top three contestants. 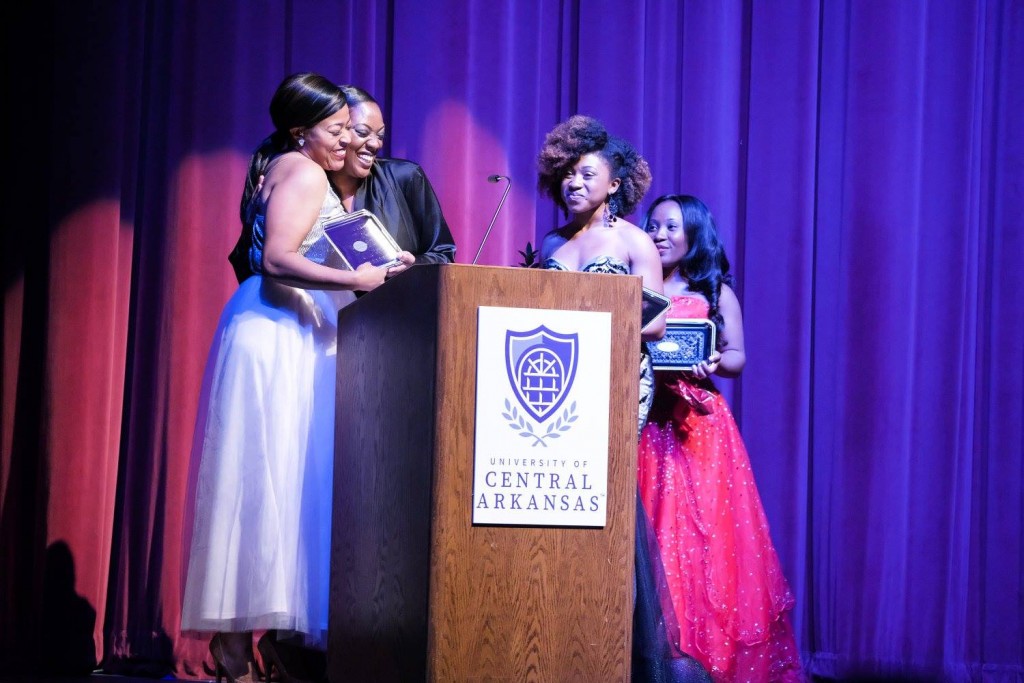 The theme of this year’s pageant was “When the Clock Strikes 12” and featured many Cinderella elements. The contestants competed in swimwear, talent, and evening wear, and answered an on-stage question. 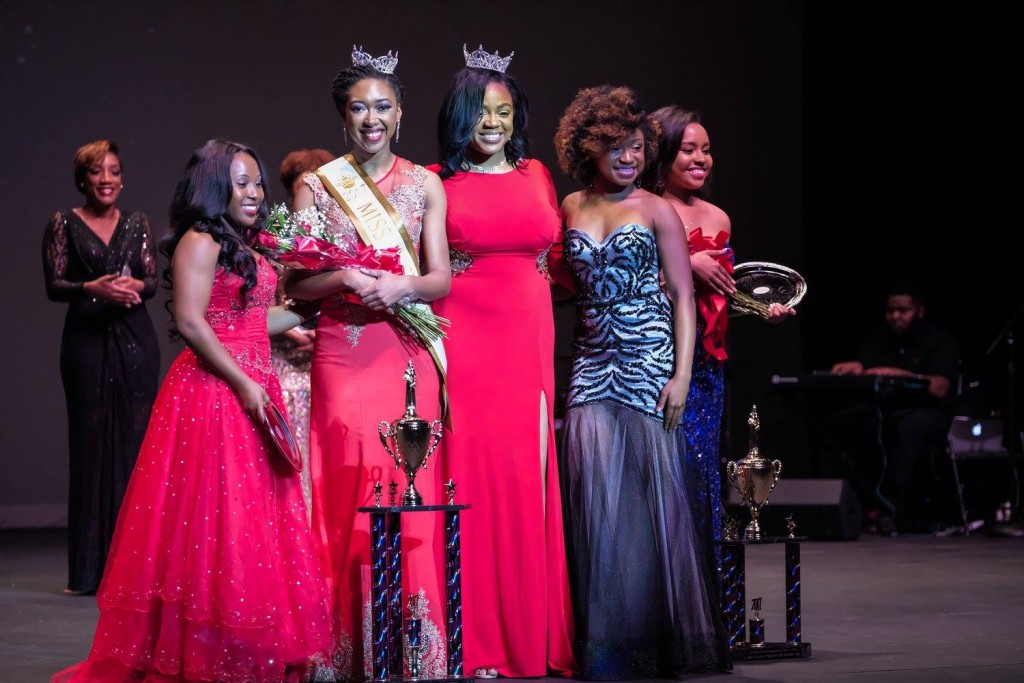 The winner of this year’s pageant was Jordan Sanders. Congratulations Jordan!