Public relations students from the University of Central Arkansas School of Communication presented to Conway High School students on March 31, 2017.

“I was very excited to get to speak to high school students about public relations,” said Woods. “I didn’t even know what it was before college, so I’m glad they’re hearing about it now.” The presenters informed the students about PR, what PR practitioners do and skills they know, how to use social media effectively, and what PRSSA is and how it is beneficial to students. High school students are heavily involved with social media, so the presenters tried to work that into a large portion of their presentations. Students were asked to list reasons why they use social media, as well as start thinking about ways that their social media usage could help or harm their chances of getting a summer job or even a future career.

The Conway High students came from classes such as entrepreneurship, accounting, imaging and design, debate and oral communications. There was a mix of sophomores, juniors, and seniors in the classes.

To get the students more involved, they were shown an example of a LinkedIn page and then asked to fill out their own information on a handout. They wrote about past job and volunteer experience as well as skills and languages that they know. This activity was included to give them an idea of LinkedIn, because it is so important in the public relations industry.

Public Relations Student Society of America, or PRSSA, is a student organization for public relations and communication students. There are over 300 chapters with more than 10,000 students. PRSSA provides students with opportunities to broaden their knowledge and expertise, to get internships and to make connections for their future profession. For details about the national organization, visit their website here or for details about the UCA Chapter, visit their website here.

Dr. David Cutler, author of the 2010 book “The Savvy Musician,” visited the University of Central Arkansas as artist in residence Feb. 19-21.

During his first night at UCA, David Cutler and his music were featured in “Concert and Conversation: Borrowing, Stealing, and Breaking the Rules” at 7:30 in the Snow Fine Arts Recital Hall.

“Concert and Conversation” was reimagining what music can be. The event began at 7:30 in the Recital Hall and featured several of Cutler’s compositions. 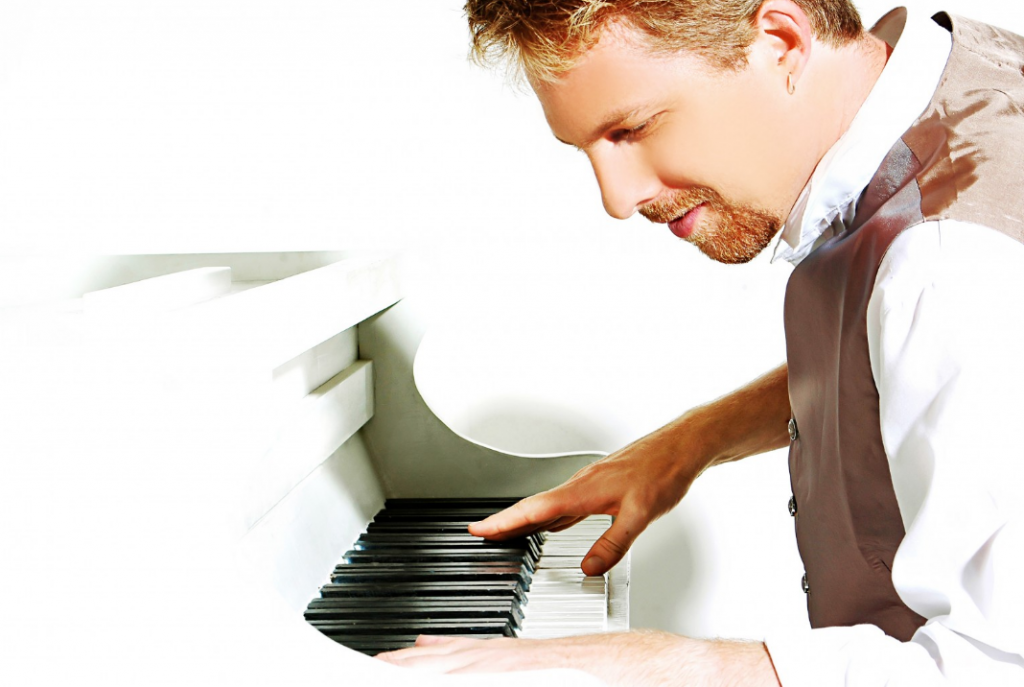 One of the world’s leading voices on arts leadership, career, and Cutler’s book “The Savvy Musician: Building a Career, Earning a Living, & Making a Difference” was heralded by Jeffrey Zeigler of the Kronos Quartet as “Hands down, the most valuable resource available for aspiring musicians.”

Cutler is director of Music Entrepreneurship at the University of South Carolina, and he also teaches there.

Cutler, one of the world’s leading voices on arts career and entrepreneurship training, has offered ground-breaking seminars for organizations such as the Julliard School, Dutch Classical Music Meeting, New World Symphony Orchestra and Chamber Music America. In 2013, he founded The SAVVY Arts Venture Challenge, an experiential workshop that trains participants to innovate, collaborate and build arts-businesses from the ground up. In June 2016, he directed a College Music Society Summit focused on the future of 21st century college music schools. 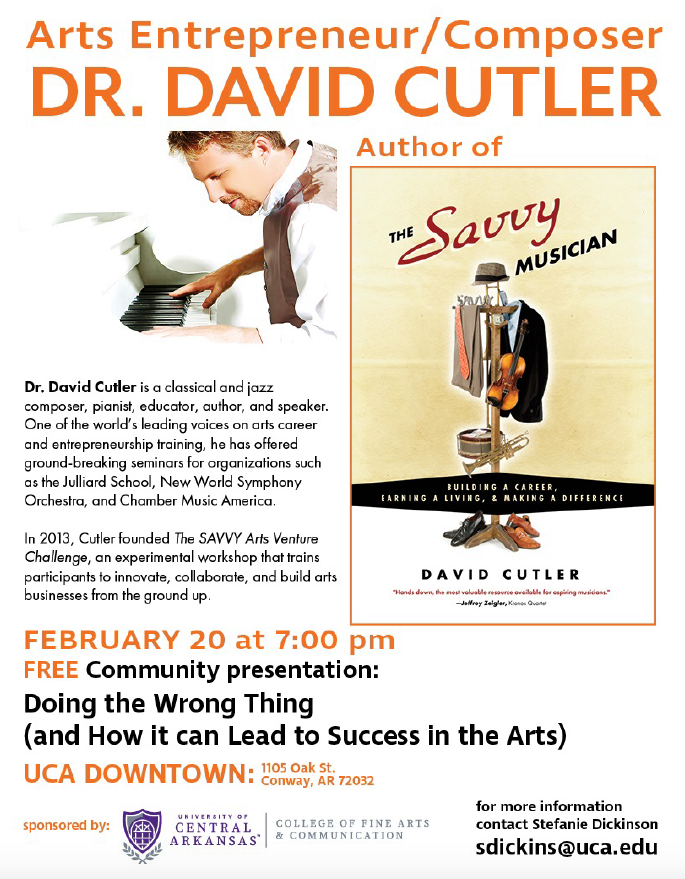 Residency activities, all free and open to the public, included:

“’An Artist’s Sense of Purpose’: Art, Activism, and Community in Conway,” events will commemorate the 75th Anniversary of Executive Order 9066 and the internment of Japanese-Americans During World War II, Feb. 20-27, 2017, sponsored by UCA College of Fine Arts and Communication, the Hendrix College Asian Studies Program and the Japan Outreach Initiative.

Schedule of Events
Feb. 20-24
· On view: selections of artwork from the Gould-Vogel collection of Japanese-American Internment art and artifacts (on loan from the Butler Center for Arkansas Studies), 10 am- 5 pm M-F (with extended hours until 7 pm on Thursday), Fireplace Room, McCastlain Hall, UCA 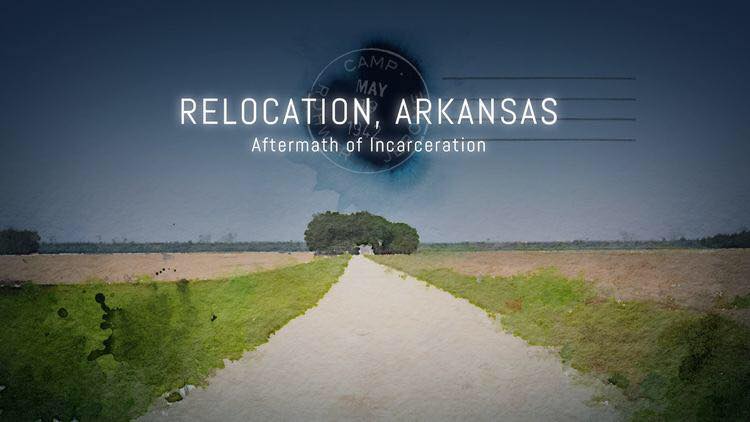 About “Relocation, Arkansas: Aftermath of Incarceration” (2015, written and directed by Vivienne Schiffer) “Relocation, Arkansas: Aftermath of Incarceration” explores the effect of the Japanese American incarceration experience in Arkansas during WWII on the generation that was born after the camps closed, the unlikely tale of those Japanese Americans who remained behind, and the even more unlikely tale of how a small town Arkansas mayor of Italian descent became a legend in the Japanese American community. But with its themes of the complexity and hypocrisy of race relations in America, journeys toward forgiveness and healing, and cross-community understanding, the film transcends regional and cultural constraints unlike any other film on the incarceration experience (courtesy of IMBd).

About Nancy Chikaraishi: Nancy Chikaraishi’s parents were prisoners in the Rohwer, AR, Japanese American internment camp during World War II. Listening to her parents tell their stories of how this major event impacted their lives, prompted her to create artwork (paintings, drawings, prints, and sculpture) that illuminates the costs of racial discrimination. The artist wrote: “Xenophobia remains a relevant issue of the 21st century. By acknowledging the racial injustices inflicted upon Japanese Americans during WWII, I hope to bring awareness to the consequences of fear based on otherness and prejudice.” Chikaraishi currently lives in Springfield, MO, where she is the assistant professor of architecture at Drury University.

About Executive Order 9066: On February 19, 1942, in response to the bombing of Pearl Harbor, President Franklin D. Roosevelt signed Executive Order 9066, giving the Secretary of War the power to designate military areas from which “any or all persons may be excluded,” and authorized military commanders to initiate orders to forcibly remove 120,000 Japanese Americans and persons of Japanese ancestry from the West Coast to ten internment camps in seven western states, including two in the Arkansas Delta (Rohwer and Jerome). Approximately 17,000 “evacuees” were brought by train to Arkansas where they were imprisoned behind barbed wire for three years.

The University of Central Arkansas and Hendrix College have unique connections to the history of Japanese Internment during World War II.

UCA graduate Mabel Rose Jamison was a Caucasian art teacher at Rohwer who saved her students’ artworks, later displaying them to publicize the injustice of internment. They are now held at the Smithsonian, the Japanese American National Museum, and the Butler Center in Little Rock.

After visiting the Arkansas camps in 1943, Hendrix College art faculty members Floy Hanson and Louis and Elsie Freund staged an exhibition of artwork by renowned artist and Jerome internee Henry Sugimoto at Hendrix in 1944. After meeting Sugimoto at Hendrix, English professor Paul Faris visited Rohwer in 1945, where he photographed life in the Arkansas camps while his wife Ann conducted oral history interviews with internees. These experiences, Henry Sugimoto later recalled, inspired “an artist’s sense of purpose” to document and remember the experience of internment.

The Community Development Institute team at the University of Central Arkansas worked with the Park Hill Neighborhood in North Little Rock to conduct a business survey in 2016 and also connected leaders in the area with UCA students from Professor Li Zeng’s art class to create a fantastic commercial to showcase the Park Hill area.

The video showcases why the neighborhood’s tagline is “Perfectly Park Hill!”

“Since 2005 when I began teaching the class, we have worked with a different nonprofit client each fall and spring semester, ranging from organizations that serve disadvantaged populations to those that focus on the fine arts,” said Hawkins.

PR Cases and Campaigns is also a service-learning course in which students achieve the learning objectives of the course while simultaneously meeting real community needs. Students work in teams in a competitive agency model to develop comprehensive PR campaign proposals to raise awareness, change attitudes, and call target audiences to action. At the end of the semester teams each pitch their campaign proposal to the client who then selects a winning team.

Webb praised all four teams’ efforts, noting the caliber of work surpasses many graduate student projects she’s encountered over the past few years. 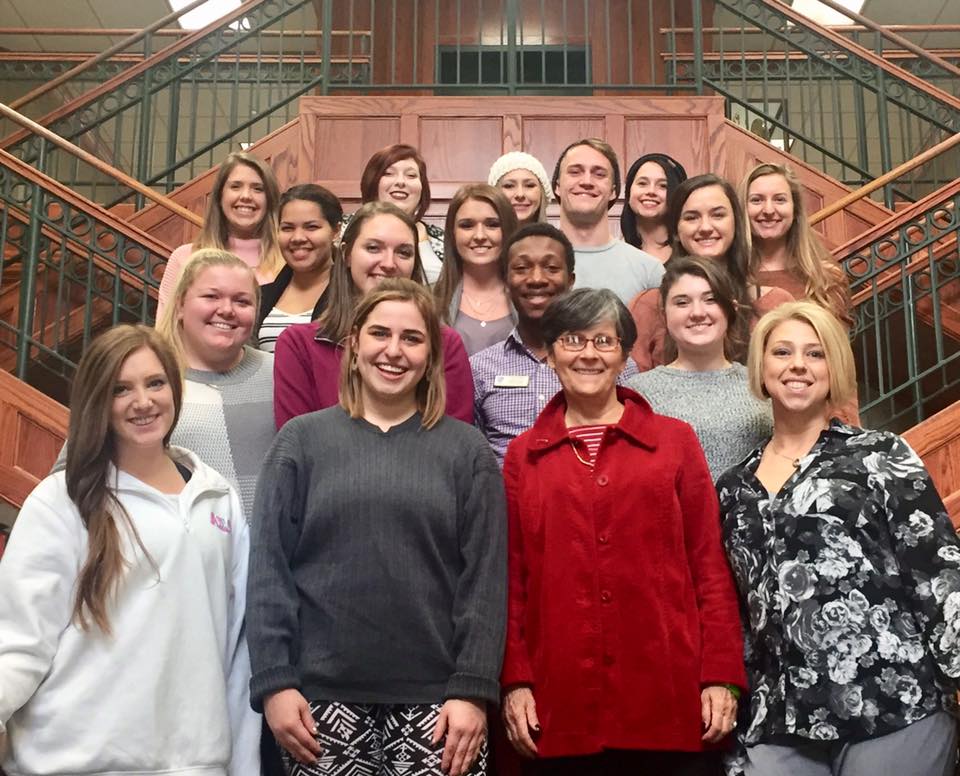 For more information about the Arkansas Hunger Relief Alliance, visit their website.