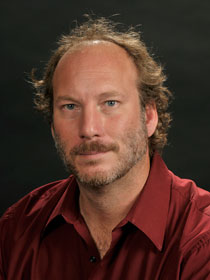 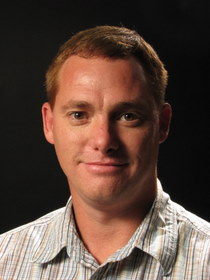 Hosted by J. Bradley Minnick, the special program will focus on Spitzer’s nonfiction book, Return of the Gar, recently published by the University of North Texas Press. Spitzer, who has written two books on gar, and Adams, who specializes in gar research, are recognized as leading specialists in the study of this species, especially in regard to the alligator gar, a fish which can reach lengths of 10 feet long.

Weaving excerpts from Spitzer’s book with sound bites from Adams and U.S. Fish and Wildlife Service gar authority Lindsey Lewis, the collage format of the show incorporates original music by the Sioux City Kid (Jared Griffin) and Know Who’s a Robot. Produced and edited by Chris Hickey and Minnick at KUAR, the show paints a portrait of a fascinating native species and current conservation efforts to bring back some nearly extinct populations.

According to Spitzer, “The theme of gar returning happens on a few different levels. On one hand, there’s a lot of collaboration now between federal and state agencies, universities, private and public labs and hatcheries, commercial fisheries and aquariums all over the world. Basically, we’ve had some success in resurrecting gator gar in the United States, which will be good for environmental balance, but there’s still a lot of work to do.”

In other countries, the outlook is much bleaker for the gar family. In Return of the Gar, Spitzer investigates gar farms in Mexico and tropical gar in Costa Rica and Nicaragua to assess the global gar situation. He also fishes for alligator gar in Thailand, where the alligator gar is considered a trophy fish and stocked along with Mekong catfish and Amazonian arapaima.

Arts & Letters showcases aspects of the humanities and literary arts in Arkansas and beyond. The show ends on a highly personal note as Spitzer, reflecting on various eco issues, releases his pet gar of 10 years into the wild.

“This show will be rebroadcast with dates to be announced later,” Minnick remarked. “The podcast will be available at KUAR.org and also on iTunes. Check out the supplemental section of the webpage for excerpts from interviews.”

In Conway, Return of the Gar is available at Hastings and the UCA Bookstore. It is also available online. For more information on this gar episode of Arts & Letters, contact Hickey at (501) 569-8485 or Minnick at jbminnick@ualr.edu.

The radio interview on KUAR can be heard here. 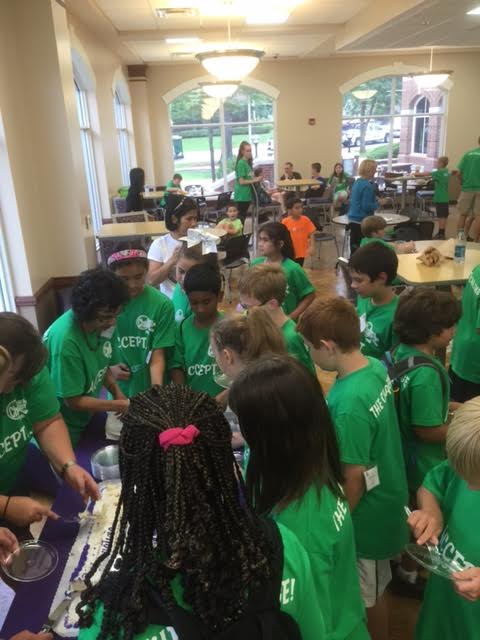 Students who want to be challenged and are entering fourth, fifth, and sixth grade who share an interest in science-based topics may attend UCA Challenge.

This summer program is designed to offer students an exciting, hands-on curriculum. UCA met such an ambitious challenge with hands-on activities guaranteed to promote curiosity and fun. 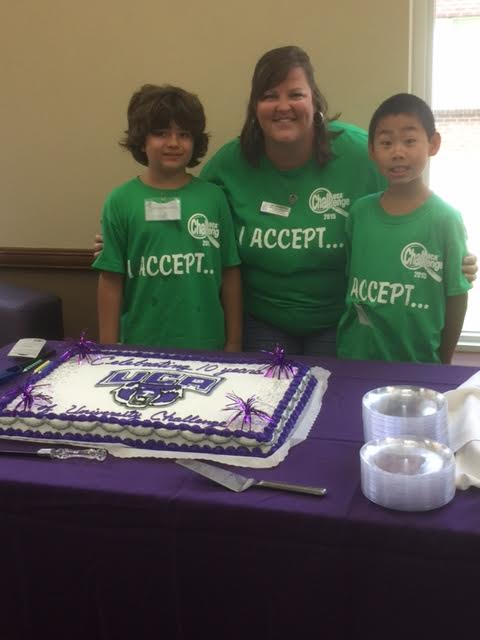 To celebrate their 10-year anniversary, participants had cake in recognition of another successful year. 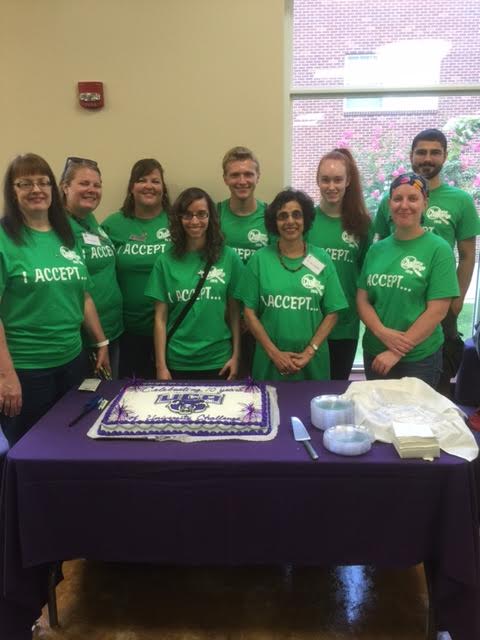 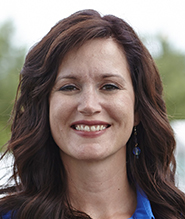 “The depth and breadth of Brown’s research and professional experience make her an excellent addition to the Purina Animal Nutrition team,” says Cindie Luhman, Ph.D., vice president of research and development with Purina Animal Nutrition. “Her technical expertise in immunity and livestock nutrition – particularly in young animals and swine – will bring great value to our customers.”

Previously, Brown worked at Phileo Lesaffre Animal Care conducting research, development and technical services for North America. Before that, she worked with Purina Animal Nutrition in a number of roles where she provided expertise on swine and young animal nutrition.

In her new role as the senior director of technical sales and marketing services, Brown will be leading Purina’s technical services team as well as working closely with the international development group and the Purina nutritional additives and research and development teams.

Drs. Alicia Cotabish and Debbie Dailey’s newly released book, A Teacher’s Guide to Using the Next Generation Science Standards With Gifted and Advanced Learners, has been published on the National Science Teachers Association (NSTA) Recommends website.

The NSTA review enthusiastically describes the book as “…a terrific resource to help science teachers create vigorous and worthwhile learning experiences for their gifted and advanced students.”

The full review can be viewed here.

Co-authored with Dr. Cheryll Adams (Professor Emerita at Ball State University) and written as a service publication for the National Association for Gifted Children (NAGC), the book was released at the national NAGC conference in Baltimore last November. The book is a sequel to the 2014 book, Using the Next Generation Science Standards with Gifted and Advanced Learners, another NAGC service publication penned by Cotabish and colleagues.

Dr. Cotabish is the program coordinator of the Gifted and Talented Education (GATE) program in the College of Education – Department of Teaching and Learning where she teaches gifted and talented education courses, research methods and science methods to graduate students.

As we begin a new year, we thought it would be a good idea to reflect on some of the university’s accomplishments in 2014, and also let you know what is happening at UCA in 2015.

Over the past year, there are many achievements of which we should be proud. Enrollment continues to increase. Several construction projects are underway or about to commence. And, our financial condition continues to remain in a very healthy and positive state. All of this is to provide for and enhance the UCA experience for students, faculty and staff.

This video captures what has been accomplished and highlights our vision for 2015 and beyond.

Thank you most of all for your support of, and commitment to, the University of Central Arkansas and its students.