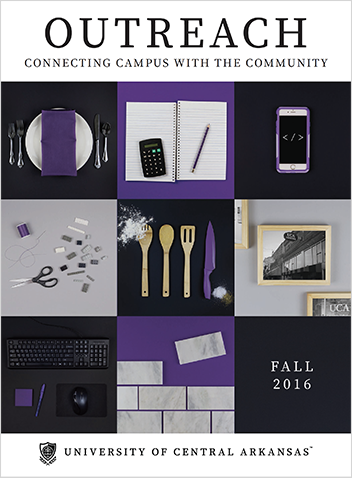 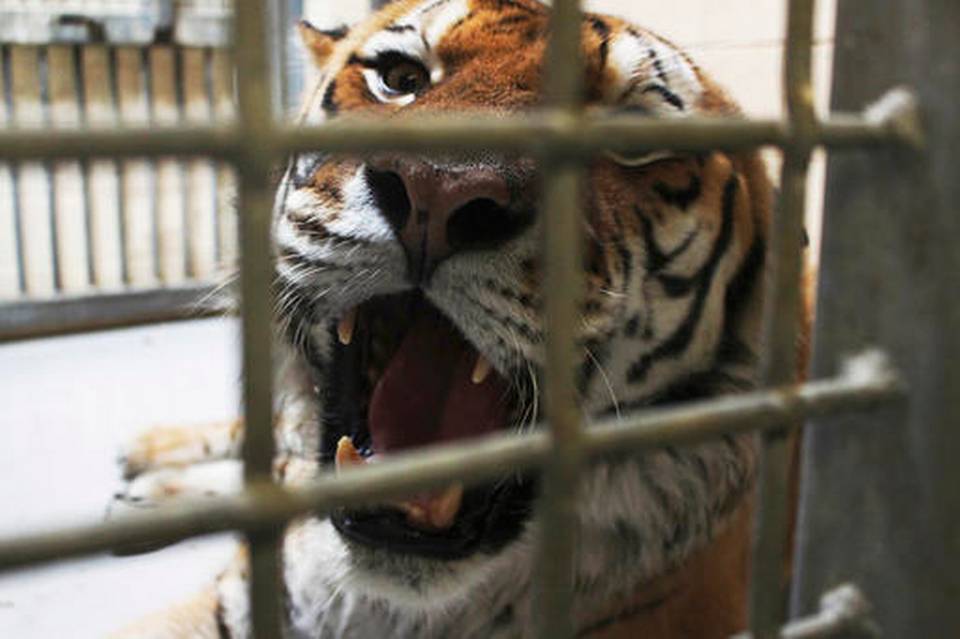 UCA alum Courtney Dunn, who currently works at the Dallas World Aquarium as senior mammal keeper, founded the effort of The Prusten Project.

The Prusten Project consists of using the sounds that tigers make to try to protect tigers and boost their populations in the wild. “Prusten” is another word for the sound tigers make called “chuffing,” which is a short grunt-like snort used a greeting.

“What we have discovered with our research is that tiger voices can be used like a fingerprint for individuals, like a vocal fingerprint as unique as you and I,” Dunn said. 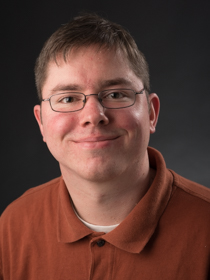 Congratulations to Dr. Greg Naumiec, assistant professor of chemistry for being honored as the ACS professor of the year by the Central Arkansas Section of the American Chemical Society.

Professor Naumiec joined the UCA Department of Chemistry in summer 2015 as a professor to teach organic chemistry and organic spectroscopy. Greg and his wife Erin are both originally from upstate New York and they have a four-year old daughter named Amelia.

Following his undergraduate and graduate degrees in New York and Rhode Island, respectively, Greg worked for several years on synthesizing medical imaging agents during his postdoctoral appointment at NIH in Maryland.

Here at UCA, Dr. Naumiec and his students are researching the synthesis of drugs to treat neglected tropical diseases.

UCA students across many majors are directly benefiting from Dr. Naumiec’s passion and skill as a teacher in both the classroom and the lab.

Writing professor Mark Spitzer and Creative Writing MFA Candidate Benjamin C. Roy Cory Garret will perform one of the most bizarro readings that Central Arkansas has ever seen.

Spitzer will read excerpts from his new book “Glurk! A Hellbender Odyssey”(Anaphora Literary Press, Hepzibah, GA), which concerns the endangered hellbender salamander. He will also play “the electric hellbender.”

“It’s a strange, distortion-y, lasagna-lizard-looking contraption built from an electric guitar,” Spitzer explains. “I built it to mimic and reflect the plight of this vanishing amphibian.”

The hellbender is North America’s largest salamander and declining populations exist in the Ozark Mountains of Arkansas.

Spitzer will perform moments from his research, respond to questions and answers and sign copies of his book.

According to Spitzer, he hopes to “spread environmental awareness, provide a basic overview of current hellbender science and comment on the folklore and linguistics this creature has inspired in American culture.”

The phantasmagoric festivities continue as guerilla press publisher Ben Garrett of Black Unicorn Press follows in the form of Pig Brothel, a one-man experimental-band phenomenon whose aesthetic can only be described as “a spectacular sonic assault mixed with pig-bombing beats.”

Pig Brothel has also been described as “a cross between the lost corpus of Captain Beefheart and Porky Pig on Dada Steroids mixed with the antithesis of Police Brutality.”

“I wanted to promote this book in a different way,” Spitzer says. “A way that explodes our concept of the common reading and offers a more sensory experience. Hence, it made sense to join forces with Pig Brothel.”

Garrett echoes this sentiment in his statement that, “I am excited to see how these two performances will collaborate to challenge and expand the potential for what sound and poetry can accomplish politically, emotionally and physically.”

A video of the electric hellbender and live hellbenders in action can be seen on YouTube by entering “Glurk1 Spitzer” in the search box.

Similarly, Pig Brothel’s weirdest hit classic can be heard on soundcloud.com by entering the search term “Warpigs What Are They Good For.”

Copies of “Glurk!” and Black Unicorn publications will be available for purchase, and a book-signing will follow the performance.

The Faulkner County Library is located at 1900 W Tyler St. in Conway. This event is free and open to the public, and appropriate for all ages.

For more information, contact Nancy Allen at the Faulkner Country Library at nancy@fcl.org.