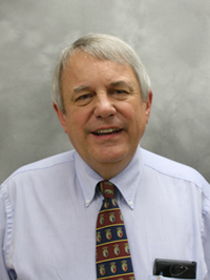 UCA professor Dr. Don Bradley’s retail management class took a field trip to St. Louis, Missouri to expand their marketing horizons.  “The idea of the trip was to look at sports marketing and high end retailing,” stated Dr. Bradley,  “In Arkansas, we don’t have an NFL team or a major league baseball team, or a high end store like Sak’s Fifth Avenue.  We tried to show the students that end of merchandising.”

The first stop on the field trip was the St. Louis Zoo.  “We were looking at their idea of branding, as far as marketing is concerned,” said Dr. Bradley, “They don’t charge for admission.  They had to have a little different marketing approach than what most non-profit organizations usually have because they make their money off of the merchandise and food.” 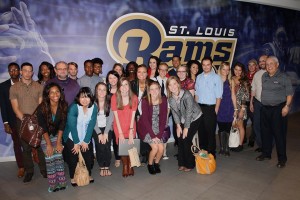 Their next stop was to visit with the St. Louis Rams of the NFL.They talked about the marketing behind premium seating, sponsors, and the selling of merchandise. 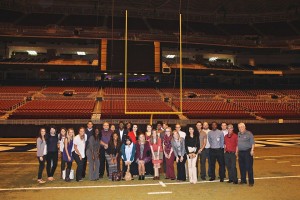 From there, the group traveled to visit with the St. Louis Cardinals, where they discussed the Cardinal Care area and ticket sales.

Cardinal Care involves sending the Cardinals players out to various groups to help them raise money and create goodwill for the team.

“We actually have some of our students who went on this trip who are now working with the Cardinals,” said Dr. Bradley.

The students also got a chance to go up into the St. Louis Arch and down into Laclede’s Landing, which is an old part of St. Louis, where the students were able to look at the marketing in that area and how they work together with the football stadium to market and sell merchandise.  The next morning, the students went to spend the morning at Sak’s Fifth Avenue to look at high end retailing.  From there, they went to the St. Louis Galleria to speak with the general manager of Macy’s.  This also opened up some career opportunities for the students.

Twenty seven students went on the field trip and a number of them have been offered jobs as a result, since each student was able to leave a resume.  “We started doing this thirty years ago,” said Dr. Bradley.  “There are just certain things you can’t teach in the classroom.”