Jered Bryan, Alex Hoyle, and Jessica Lasater (all junior accounting majors) won 1st place in the Best Practices Competition for Effective Chapter Operations. They presented the chapter’s Checklist for Success, which contains a variety of professional development activities we encourage our students to complete prior to graduation. The checklist allows officers to schedule the types of meetings current members need to check more items. As a result of their 1st place win, they will compete at the BAP Annual Meeting in Milwaukee in August.

Abby Perdue, Parker Somerfield, Rachel Street, and Tyler Stage (three junior and one senior accounting major, respectively) won 3rd place in the Best Practices Competition for Financial Literacy. They presented @UCAMoneyWhiz, the chapter’s efforts to improve financial literacy of college students using twitter. Weekly financial-tip tweets are sent to their followers who can win gift cards to local businesses by reading and retweeting. With 600 followers and retweets, some of their tips reached more than 30,000 twitter users. 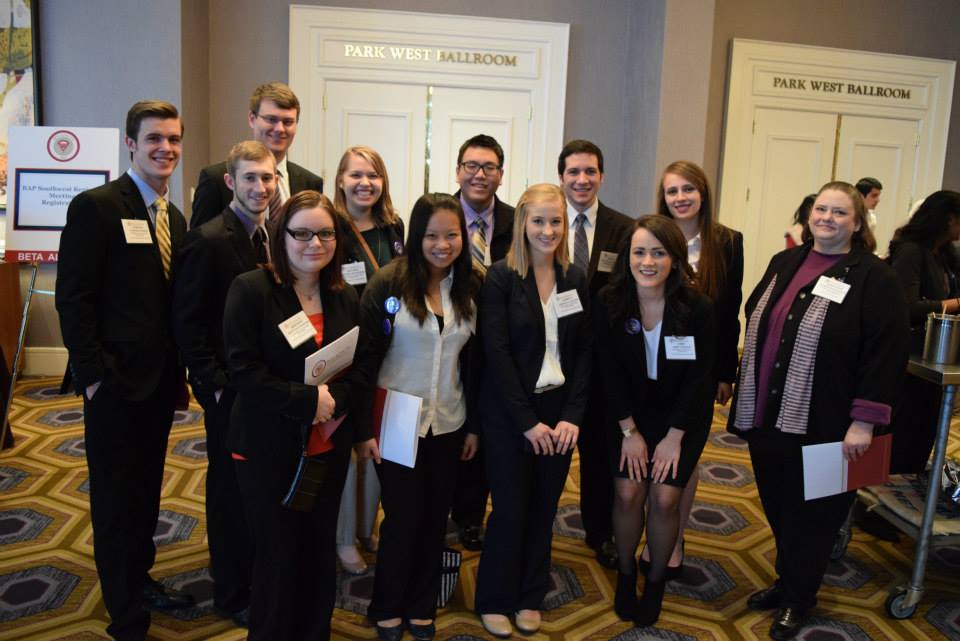 Congratulations to these students on their performances in the competitions and their commitment to developing into a professional accountants. Thanks to BKD’s generous contribution to the UCA Accounting Department that funded our travel to Dallas. Also, thanks to the UCA Student Government Association for paying a portion of their registration fees.

As we begin a new year, we thought it would be a good idea to reflect on some of the university’s accomplishments in 2014, and also let you know what is happening at UCA in 2015.

Over the past year, there are many achievements of which we should be proud. Enrollment continues to increase. Several construction projects are underway or about to commence. And, our financial condition continues to remain in a very healthy and positive state. All of this is to provide for and enhance the UCA experience for students, faculty and staff.

This video captures what has been accomplished and highlights our vision for 2015 and beyond.

Thank you most of all for your support of, and commitment to, the University of Central Arkansas and its students.

UCA President Tom Courtway upped his selfie game this past weekend at the UCA Winter Commencement.

Congratulations to all the UCA grads!

The Keynote Speaker during the Opening Session will be Mr. Jose Guzzardi, a 2007 graduate of UCA with a B.A. degree in International Studies. Mr. Guzzardi, who served as Secretary-General of the AMUN in 2006, is currently employed as a Sourcing Manager for Wal-Mart (E-Commerce) in São Paulo, Brazil. Previously, he worked as Manager of Institutional Relations for Wal-Mart in Brazil from January 2011 to August 2014. In 2009, Mr. Guzzardi earned a Master’s degree in Public Service at the Clinton School of Public Service in Little Rock.

The AMUN program was established by Professor Simms McClintock, who taught political science at Arkansas State Teachers College (ASTC), in the Fall of 1966. The first AMUN conference was held at renamed State College of Arkansas (SCA) in Conway in January 1967. David Gruber from Heber Springs served as Secretary-General of the 1st AMUN conference. Brett Newcomb from North Little Rock served as President of the General Assembly during the 1st Annual AMUN conference, and he served as Secretary-General of the 2nd and 3rd AMUN conferences held at SCA in 1968. Professor Simms McClintock served as Coordinator of the AMUN for more than 25 years. Dr. Mark Mullenbach, an Associate Professor of Political Science at UCA, has served as Coordinator of the AMUN since August 2001.