Arkansas Attorney General Leslie Rutledge has accepted five students from across the State into the Attorney General’s office internship program, and UCA student Bryce Moore was honored to be one of them.

“My intent is to provide experiential learning opportunities for these interns as they assist with consumer and safety education and outreach activities statewide,” said Attorney General Rutledge. “The internship program allows for exposure to the public service sector and enhances their collegiate experiences, enabling them to be more career ready. I hope these interns will continue to use their skills to serve Arkansans.”

Moore is a junior who is studying public administration.  He is from Sherwood and graduated from Catholic High School for Boys in 2013. Moore will be working in the Public Affairs Department.

The University of Central Arkansas Department of Political Science hosted events to commemorate the 70th Anniversary of the United Nations (UN) and the 50th Arkansas Model United Nations (AMUN) conference.

On Friday, Oct. 30, 2015 the department hosted a commemoration of the 70th anniversary of the founding of the UN in October 1945.  The “United Nations Day” commemoration began with a workshop in the Student Center for several area high school teachers and students from 9:00 a.m. to noon. 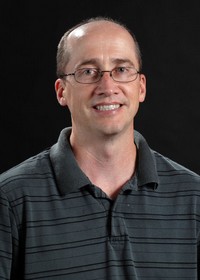 From noon to 1:30 p.m., a UN Day luncheon in the Student Center featured keynote speaker, Dr. Karen Mingst, a Professor in the Department of Political Science and the Patterson School of Diplomacy and International Commerce at the University of Kentucky.

Dr. Mingst, who earned her Ph.D. in Political Science from the University of Wisconsin, has written several books and academic articles on the UN, international organizations, and international law.

“Dr. Mingst is one of the world’s most prominent experts on the UN and other international organizations,” Dr. Mullenbach said. “Her visit to UCA is quite an honor as she has lectured and taught at universities around the world, including Vietnam, Senegal, Taiwan, Albania, Ghana, Japan, and Kyrgyzstan.”

On Friday, Nov. 20 and Saturday, Nov. 21, the department hosted the 50th AMUN conference on the campus of UCA. The opening session of the conference took place in Ida Waldran Auditorium on Nov. 20. Dr. Mullenbach, the coordinator of the AMUN program since 2001, arranged for Mr. Bernd Georg Reindl, Deputy Consul General from the German Consulate-General in Houston, to give the keynote address during the opening session.

A reception and dinner honoring several alumni of the AMUN program at UCA, including several former secretaries-general of AMUN conferences, took place in Brewer-Hegeman Conference Center on Nov. 20. Mr. Robert B. Andrew, a U.S. Foreign Service Officer in the U.S. Department of State and Diplomat-in-Residence at the University of Oklahoma,was the featured speaker during the dinner. Mr. Andrew has previously served in U.S. embassies and consulates in Sweden, Costa Rica, Russia, and Mexico.

The AMUN program was founded by the late Professor Simms McClintock on the campus of Arkansas State Teachers College (ASTC) in 1966, and the first AMUN conference was held in January 1967. Professor McClintock, who coordinated the AMUN program through the mid-1990s, died in Conway in December 2008. The UCA Foundation’s AMUN Fund was recently renamed the “Simms McClintock Fund” in honor of the AMUN’s founder.

Contributions to the fund will continue to provide financial support for the AMUN program and the students who participate in Model UN at UCA.

Thanks to Citizen’s Voice for a terrific article about UCA Professor Christine Donahue.