The University of Central Arkansas Student Government Association has thirty-nine student Senators, a Chief of Staff, and four Faculty/Staff Advisors.

SGA representation from each class shall be as follows:

Other representation from the student body include:

Senators serve for the entire academic year. Each senator serves on at least two committees, attends committee meetings each week, and attends the SGA senate meetings on Mondays at 5:00 p.m. 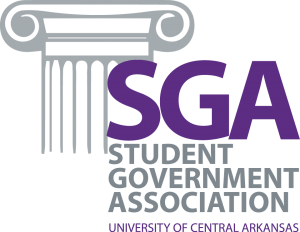