As the Schedler Honors College was consistently turning away numerous gifted students each year due to its 75-seat capacity, its leadership formed a way to serve more students in need of an honors experience: the University Scholars program. 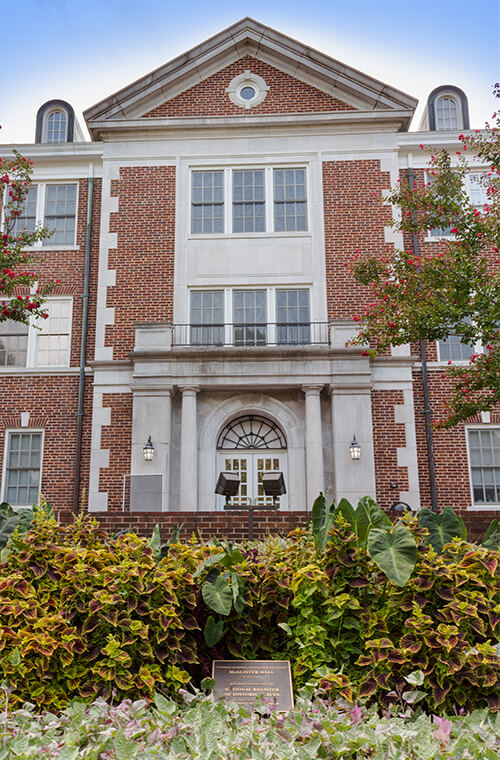 The University of Central Arkansas’s University Scholars program is a four-year honors experience rooted in disciplinary expertise and leadership. It operates as a complement to the Schedler Honors College.

“We said, ‘Perhaps we could design kind of a complementary program that ran alongside the Schedler Honors College that allowed us to meet the needs of a slightly different type of student, but who is still highly motivated, still high achieving, still really focused on academics, but was coming in a different place than maybe the Schedler Scholars were,’” said Patricia Smith ’01, ’03, dean of the Honors College.

While the Honors College focuses more on interdisciplinary studies and service, the University Scholars program focuses on students developing skills within their major while growing as leaders. Its pilot phase began 2018-19, and it can currently enroll 30 students in each cohort.

The program includes an introductory course, honors sections of lower-division core classes taught in departments around campus and a thesis project within a student’s major.

“All of the Scholars live within one wing of Farris Hall, so they get to know each other very well,” Horton said. “We have the mentors in place, so the students know from the very beginning that there are people really close by, in close proximity, that care deeply about their success. We know that being connected on campus plays a pivotal role in student success and retention.”

Horton teaches the students’ introductory course of the program, which centers on developing disciplinary expertise, leadership and research skills. She also helps with recruitment, scores applicants and helps students become acclimated to the program.

Sarah Friedman, a chemistry major and math minor who graduates in 2021, joined the University Scholars program’s first cohort of students.

Friedman said the program has helped her develop her approach to learning, critical thinking and research. As part of her contract class, which are courses where scholars and faculty work together to develop an additional honors component related to the class, she completed a project and presentation that expanded on content taught in one of her chemistry courses.

“I think that it’s definitely laid a foundation and good starting point for learning a different way, having different perspectives and keeping open-mindedness to whatever possibilities come up, and also helping with skills like writing, communication [and] leadership skills,” she said.

Smith said the University Scholars program is not meant to be a replacement for the Honors College. Rather, it operates under the values Honors College founder Norbert O. Schedler set for the college.

“We’re taking the best principles that Norb taught us from the Schedler Honors College and applying that to that program,” Smith said. “We don’t mean for the program to be a second best. It’s not ever going to be the Schedler Honors College in the same way; it does have different goals. We do want it to be a second option for students who see that type of program as a better fit for them.”

University Scholars program leaders said they hope that when students finish their years in the program, they go on to be civically engaged leaders and lifelong learners.

“The broader their experiences are, the better they’re going to be able to relate to people, and we need that in order to move forward as a society,” Horton said.