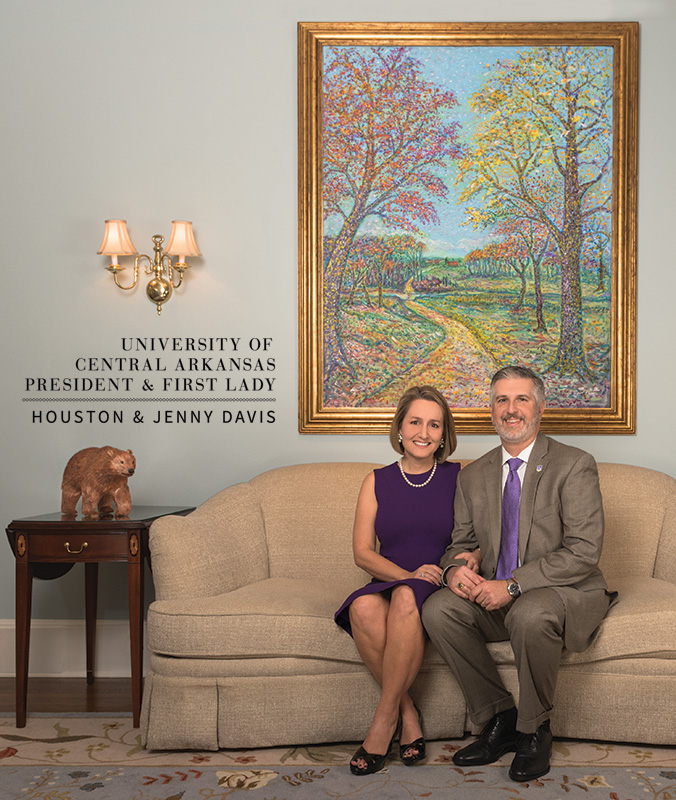 Arriving to work many days well before 7:30 a.m., President Houston Davis leisurely walks from the President’s Home across the street to his office in Wingo Hall with a backpack casually tossed across his right shoulder.

He takes time to smile and say, “Good morning,” to students who are scurrying across campus headed to grab coffee or take care of a last minute task before an 8 a.m. class. He stops to pick up a piece of paper from the sidewalk that a student likely dropped just moments before.

While Davis modestly approaches his days, his presence has electrified the campus.

Since Davis’ arrival as the 11th president of the University of Central Arkansas on Jan. 23, 2017, UCA social media channels have been abuzz as the community, alumni and students shared their Davis sightings.

Mylon Boston posted to Twitter, “When @ucapresdavis sits right beside you at the Student Center.”

Conway Pastor Joey B. Cook also took to Twitter with a picture and message, “Great to meet you today,” after seeing Davis at the Bill and Hillary Clinton Airport in Little Rock.

That same excitement was felt when the announcement of his selection was made.

A crowd of about 100 had gathered in the Board of Trustees meeting room. Many peered toward the back of the room and then left and right, waiting in excited anticipation.

The group stood to applaud Davis’ arrival, and the clapping swelled to a thunderous ovation as Davis entered the room. With a wide infectious smile, Davis graciously shook hands, waved and hugged members of his new Bear family–faculty, staff, students, alumni and community members–as he as he made his way to the podium to make his first remarks as UCA’s new president.

“I expect to see that we are all going to roll up our sleeves, put on our thinking caps and make sure that we continue to advance UCA,” Davis said. “I can’t wait to get here and go to work.”

His first months were spent on a “listening tour” meeting with faculty, students, alumni, community members and staff. During this time, Davis had dozens of meetings and events he attended each week, many of which were student-centric. 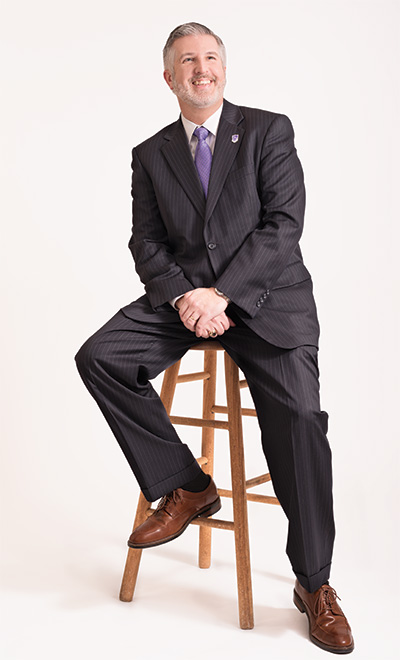 On his first day, he worked with the Student Government Association on a community service project to pack 10,000 meals for the UCA Bear Essentials Food Pantry. In following weeks, Davis met with the President’s Leadership Fellows, a group of 35 student leaders. He attended Bear Facts Day with the Student Ambassador team.

“I actually saw him running across campus trying to meet the students as they marched with their banners,” said Te’Anna Jenkins, president of the Students for the Propagation of Black Culture. The organization hosted a banner display and silent MLK March in January.

Jenkins said students were surprised to see Davis, but they are coming to know him as their president.

“He’s all about us. He’s about the University, but he’s about us most importantly,” she said.

The legacy of being a student-focused leader is one of several goals Davis has for his tenure as UCA’s president.

“Being student-centered is making certain that we are making decisions focused on opportunities to serve students,” Davis said.

He adds that he will work to ensure that leadership asks the important questions, such as “How do these decisions advance our abilities to serve a student in the classroom?” and “How does this enable us to better support that student as they’re pursuing their education or research goals?”

His strong dedication to the student came, in part, due to his own experiences as an undergrad student at Memphis State, now the University of Memphis.

“I had some faculty and administrators that were very giving with their time to me,” he said. “I’d say they probably shaped my higher education goals and aspirations as much as anybody.”

Davis was a very active student, working in various leadership and student activity roles and as a student worker in several departments. It was during these times, he began to develop a sense of career purpose.

“I had the opportunity to work in the president’s office as a student worker,” Davis said. “I also worked in the school’s alumni affairs office and a couple of other offices on campus and got to know several administrators.

“I began to explore how those individuals got to where they were in their careers.”

Davis earned his Bachelor of Science in political science at the University of Memphis. He earned his Master of Education in educational administration at Tennessee State University, and Davis received his Doctor of Philosophy in education and human development at Vanderbilt University.

In addition to defining a career path, Davis also found his life partner while earning his bachelor’s.

Davis and his wife, Jenny, spent their childhood years near opposite ends of the Natchez Trace.

Houston grew up in Clarksville, Tennessee, the fifth largest city in the state, nicknamed the Gateway to the South.

The two met in college at a Junior Panhellenic fashion show for freshmen Greeks.

Jenny, an Alpha Gamma Delta, was helping decorate the stage when Houston, a Kappa Sigma, asked whether he could assist her.

A friendship grew from that encounter, and like many other great love stories, the two were just friends at first.

“He would call about every three months and ask me out, and every three months, I said, ‘No,’ for about two years,” Jenny said. “And then I… finally said yes and on the first date I knew this was the guy I was going to marry.”

The two will celebrate 22 years of marriage in July. They have three children: Polly, 20, a junior at Georgia Tech; Whitney, 17; and Joshua, 14.

The Davis family is finishing up the school year in Georgia and will join Houston in June.

Davis might first have been introduced to UCA and Conway about 25 years ago through a fraternity brother in college, Conway native Trey McClurkin.

“He wouldn’t stop talking about Conway,” Davis said. “If I ever heard about the city of Conway, about UCA, it would probably have been from Trey talking about his great home town.”

McClurkin graduated from Conway High School and attended UCA, but he transferred to Memphis State to pursue a program that was not offered at UCA. Davis said McClurkin talked about Conway and UCA often, very often.

“I remember talking to him several times about how much I love Conway and how much I loved UCA,” said McClurkin, who moved back to Conway in 2007. “I feel like there was a season of preparation whether that seed was planted then, which I guess it was.”

Having known Davis for nearly half of both their lives, McClurkin has no doubt that Davis is the right choice for UCA’s future.

“There’s just no question in my mind that he’s qualified and is going to do an amazing job,” McClurkin said. “I think that he’s going to bring some new ideas and some vision that can even take it to another level that will be even better.”

With these and other leadership roles, he defines himself as a servant leader.

“I like a leadership and structural organization where people feel very empowered to do their work,” he said. “Creating conditions for empowered team members is the goal with a strong accountability structure being important.”

And as Davis continues to visit with individuals and groups in the UCA community, he closes with the same words that he used as he ended his first address to campus, “I’ll leave you with a Go Bears!”

WHAT BOOK ARE YOU READING/HAVE YOU READ IN THE LAST THREE MONTHS?
University of Central Arkansas materials these last few months…

IN WHICH STATES HAVE YOU LIVED?
Tennessee, Oklahoma and Georgia

FAVORITE MUSICIAN/BAND?
Jack White…and any of his bands

FAVORITE VACATION DESTINATION?
I love Italy as a destination, but as far as places, any beach house will do.

BEST “HOUSTON-SPACE” JOKE?
At about 50 percent of meetings, someone says, “Houston, we have a problem!”

BEST CHILDHOOD MEMORY?
One Christmas, when I was about eight, we made a sled out of a box. I dressed my brother Matt as a reindeer and I dressed as Santa. Then, we took the sled around the house and gave presents to our parents. The gifts were things we had picked up around the house.

BEST DANCE MOVE?
Whatever gets me on and off the dance floor the fastest 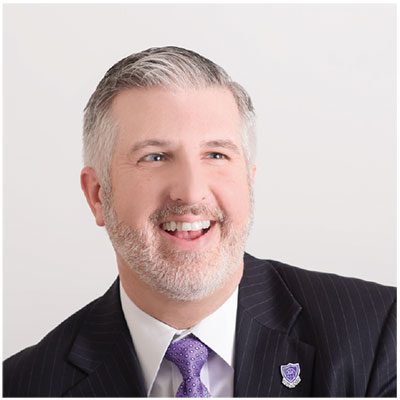 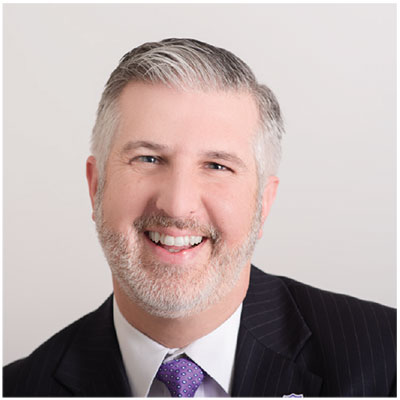 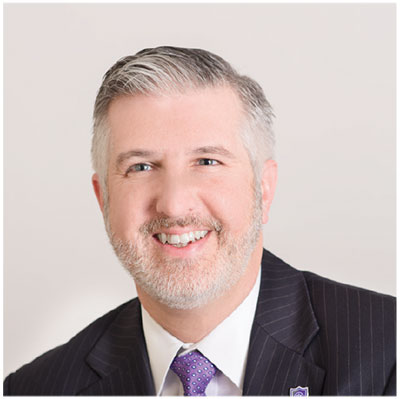 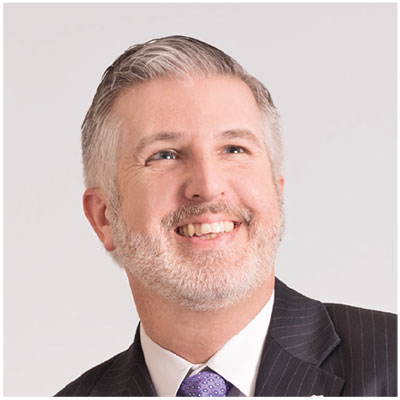