Those were the two simple words uttered by then chair of the University of Central Arkansas Board of Trustees Elizabeth Farris ’77 as she swore in Dr. Houston D. Davis as the 11th president, ushering in the next chapter of the University’s history.

Held during Homecoming Week 2017, the investiture was the formal ceremony conferring authority to Davis.

“I think investitures also offer an opportunity for all in attendance to celebrate and reflect upon the proud history of the University,” Davis said during his investiture address. “The timing of this event during Homecoming Week is significant and important to me.

“All the faculty, staff and students that came before us wrote the chapters of UCA’s 110-year history that we build upon today. During Homecoming, we proudly celebrate our alumni as shining ambassadors for UCA.”

In reflecting upon the history of the institution, Davis took time to recognize Mary Ince Ferguson ’42, who, as a student in 1941, participated in the investiture of Nolen Irby, the University’s fourth president.

Ferguson said “it was very much an honor” for Davis to recognize her during his investiture.

The occasion brought many other UCA alumni from the region, as well as special visitors to campus, to help usher in Davis.

Dr. Brian Noland, president of East Tennessee State University, provided an address during the investiture, saying that he counts Davis among his most trusted and cherished friends.

“In difficult times, when I am looking for guidance, assistance or direction, Houston provides a sympathetic ear, and I can personally attest to the fact that he models the values of shared governance, and it is from that central proposition of shared governance that a vision will emerge for the University of Central Arkansas rooted in faith, service and integrity,” Noland said. 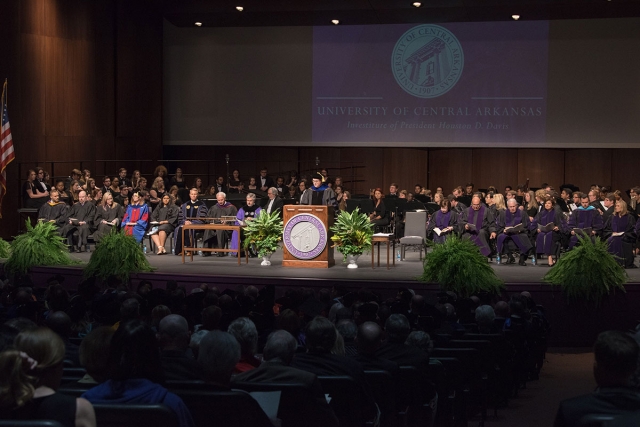 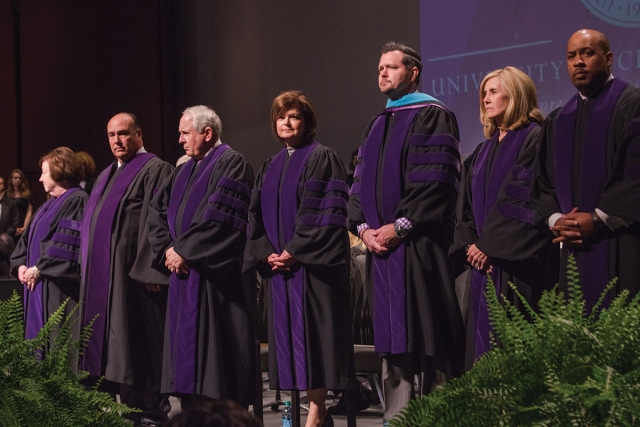 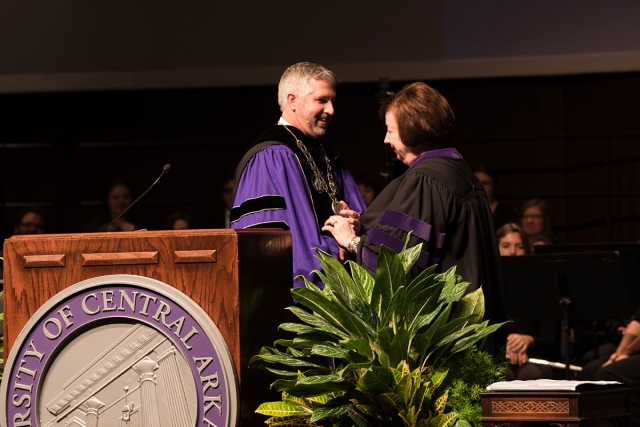 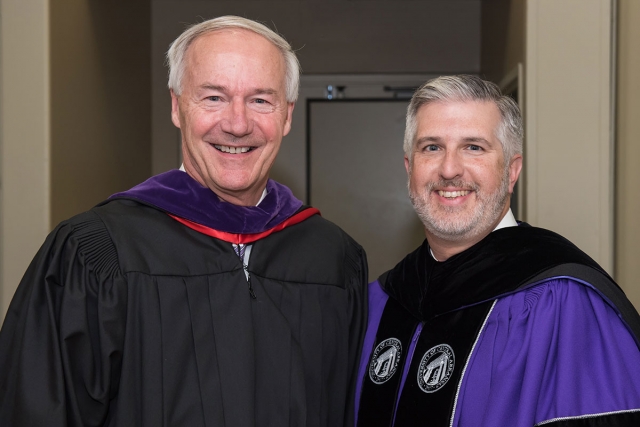 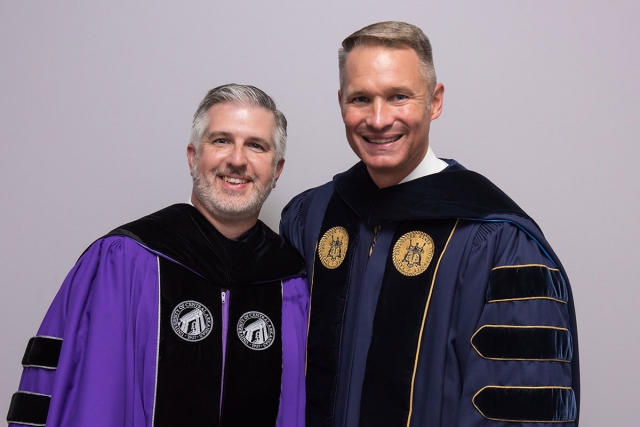 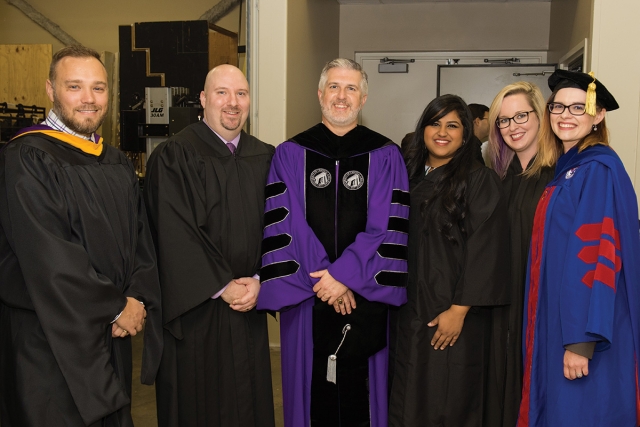 The presidents of the Faculty Senate and the Staff Senate recognized Davis, who took office in January 2017, for his commitment and achievement, as well as his vision for the future.

“As a person with vision for our university, I am struck that President Davis balances clear-eyed practical wisdom with hope and drive for more possibilities at our institution, a vision that I know many faculty, staff and students share,” said Taine Duncan, president of the Faculty Senate. “Each day President Davis supports an initiative on campus for experiential learning, each day he stands side by side with staff leading Bear Boots on the Ground or each day he commits our institution to the importance of inclusion for marginalized and vulnerable community members, the president helps to make that [mission statement] more real.”

Erica Ruble ’11, president of the Staff Senate, also praised Davis for his leadership and vision.

“It’s clear that in just under a year on the job President Davis has already made quite an impression on this campus among the employees and students alike,” Ruble said. “We certainly can’t wait to see what the years ahead will bring under his continued leadership.”

While Hershila Lallu, Student Government Association president, made a slip in her speech and nearly referred to Davis as president of the United States, she quickly corrected herself and continued by praising Davis for his dedication to students.

“His involvement with students, infectious energy and upbeat personality have greatly contributed to UCA’S positive environment,” Lallu said. “We look forward to seeing all he will accomplish during his time as president and have high hopes for the University of Central Arkansas under his leadership.

“With someone like President Davis around, we know someone is on our side.”