When Tab Townsell ’84 graduated from the University of Central Arkansas, he had several lofty ideas for his life.

Having served as president of the Student Government Association and in several leadership roles on campus, he knew he wanted to run for public office.

So, he thought he would one day be in Congress and grow a beard.

Townsell never made a run for Congress, saying that he “got away from that” but not from the idea of public office.

Indeed, his life and service in the public office made him a Conway institution for nearly two decades starting in 1998 when he was first elected mayor of Conway.

He recognized a key component for moving the needle on growth and progress for Conway.

Townsell lived in the Fort Worth, Texas area while attending graduate school at Texas Christian University. After earning his master’s he moved to Germantown, outside Memphis, Tennessee, to work with his father in his construction business.

Both areas were booming with growth. Townsell took notice of the architecture and the growth planning of both areas.

He returned to Conway and became a member of the Conway Planning Commission because he wanted to employ some of the ideas he’d seen and then apply them to Conway. 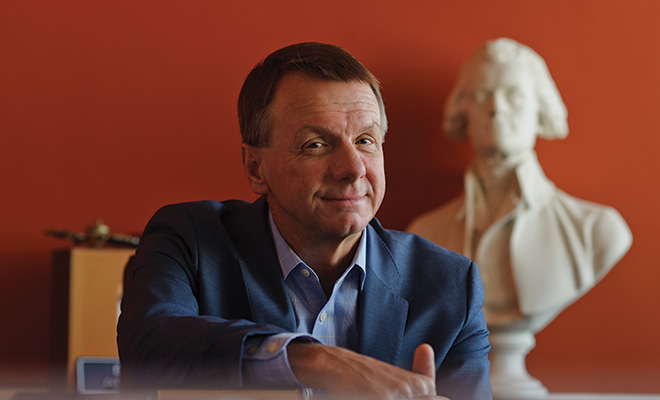 “We have a canvas in front of us, and it’s called the future,” Townsell said. “We can choose to paint on that canvas anything we want to from anything, any experiences we’ve had anywhere we want to and we can bring it here and paint it on our canvas.”

Townsell points to improving “quality of place” as a driving force behind Conway’s growth.

“Parks has been a key component of proving that quality of place,” he said.

After becoming Conway mayor, Townsell set out to improve the parks and recreation system, as well as creating a revenue stream to sustain the improvements. The community began to see improvements and construction of sports complexes, bike trails, the downtown landscape, pedestrian trails and other changes. Townsell credits Conway Corporation, the Conway Area Chamber of Commerce, Conway Downtown Partnership, the City of Conway, and many other entities and individuals that made investments in the community for that growth.

“It made an impression the first time Hewlett Packard rolled into town,” Townsell said. “They remarked how vital and vibrant our downtown was,” he said.

He said the local delegation knew this visit to be an economic development prospect called Project Sigma. They toured the residential neighborhoods, downtown and areas around the city’s colleges. The first tour was in April, as the trees were a “brilliant bright green of spring and the azaleas were in bloom.” 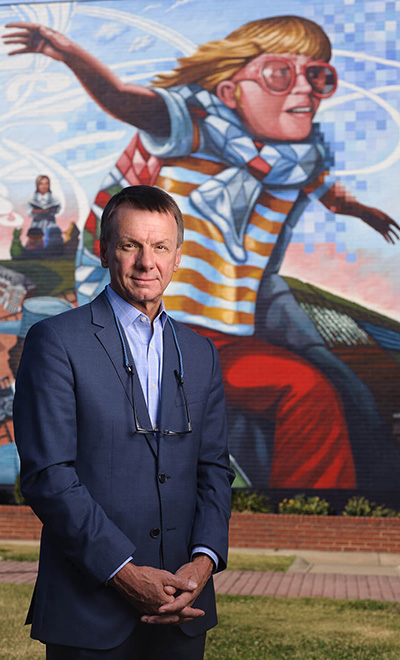 Townsell said representatives remarked how beautiful the city was and that it reminded them of Corvallis, Oregon, which they later learned is the location of Oregon State University and a corporate office of Hewlett Packard.

Project Sigma came back a second time and later a third time to announce that Hewlett Packard was coming to Conway.

Known for his resplendent speeches on and off the UCA campus, Townsell admits to not being a writer. He is, however, a voracious reader.

“So I did…fell in love with climbing in bed with the light on and reading a little bit at night, just doing it everyday.”

Through his extensive collection of books, Townsell said he became a lover of language often finding a memorable “turn of phrase” to enhance his messages.

”I deliberately try to look for the unique, and if I can step out and see something from a slightly different perspective, then I can communicate that back in a way that makes it real to people.”

He uses this skill to showcase ideas as a technique to better relate with audiences.

Townsell ended his mayoral career in December 2016. He said he likely will not run for Congress, but he is continuing his work in the public sector as executive director of Metroplan, an association of local governments with a major focus on regional transportation.

As for that beard he planned to have many years ago, “I can’t grow a beard to this day.”