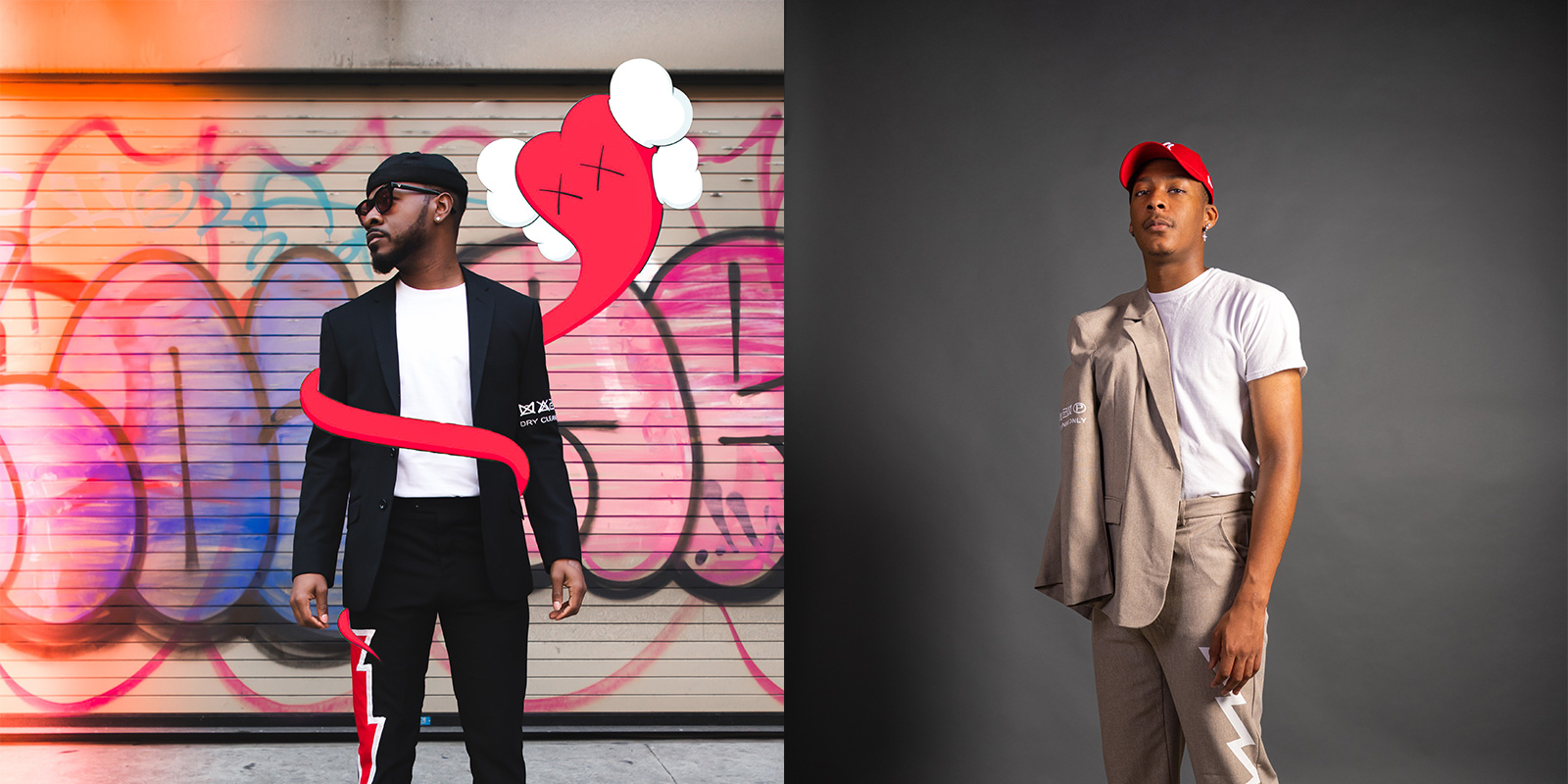 With all of his savings and a will to succeed, Felix Milton ’14 almost immediately went from the University of Central Arkansas’ commencement stage to Los Angeles, California, to begin his career. The public relations graduate had been working for a national company in Little Rock and transferring to California felt, for him, like a great move.

The job transfer took longer than anticipated as he needed to meet certain California regulations that were not required in Arkansas. The process took more than six months.

“I moved out here with $3,200, and $3,200 in L.A. is not a lot of money at all,” Milton said.
When the transfer was complete, he learned that even though he had been an assistant manager in Arkansas, his new role would be part-time and nonmanagerial.

With the pay cut and dwindling savings, Milton began to rely on a side gig he had developed in college: designing clothing.

The Little Rock native would shop at resale clothing stores, buy inexpensive garments and then “upcycle” to sell. He began to do the same thing in Los Angeles, but he used the skills he learned as a public relations major at UCA to market his goods and skill level through social media.

“I was working out of my bedroom. I had my sewing machine, my embroidery machine,” he said. “On Instagram, I was posting all the time, hashtagging, and just trying to get my face out there.”

He used “LA wardrobe stylist,” “LA fashion designer” and other hashtags to get noticed, and it worked.

“After a while, I started gaining traction, and people started reaching out to me ‘Do you do alterations? Do you do custom? Do you do consignment pieces?’ Then people started to invite me to show sets, and I was able to build my rapport and contacts with the people at the shows.”

Fast forward 10 years and Milton is now the fashion designer and owner of ROPES Clothing. The name is an acronym that means “Respect other people’s edgy styles.” Through his business, Milton has worked with celebrities and stylists, on high-profile television and video shoots and partnered with global brands. He has contracts with CoolKicks — a Los Angeles-based casual and streetwear apparel and shoe store — and Shein, an online clothing retailer. At the time he spoke with UCA Magazine, he was working to establish a contract with an international work-wear apparel company.

He recently shared his story with UCA students and the larger community through a speaker series in the Office of Diversity and Community called “Networking with a Pro.” The series connects UCA alumni who are minority or from underrepresented groups back to current students through a panel or Q&A session.

Angela Jackson ’88, ’90, director of ODC, started the program in 2021 and works to host at least two sessions in fall and spring. The sessions feature minority alumni from technology, social media, entrepreneurship, legal, sales and several other career industries.

“Some of our attendees are in awe that former students who look like them have gone on to have extremely successful careers in the fashion industry as designers or consultants, become their own bosses or travel extensively after obtaining a degree from UCA,” Jackson said. “Some students seem to gain a renewed confidence in hearing the stories from alumni who are on a career path that does not match their degree.”

Besides Milton, other series speakers have included Dewan Clayborn ’12, president and CEO of the League City Regional Chamber of Commerce in Texas; Sage Raphael ’12, who works in sales for a Dubai-based health and beauty company; and Candace Stewart ’10, a social media consultant who formerly worked on the social team at Prada in New York and counts celebrities such as Beyoncé as a client.

After Milton’s presentation, the designer sent a box of sample clothes from Shein to UCA. Jackson shared the items with several campus students, who then took photographs of themselves and posted to social media, making sure to tag Milton for his generosity.

Ky’Shaun Bradford was one of those students. The senior from Arlington, Texas, is majoring in addiction studies with a focus on counseling. He plans to graduate in May and has been busy applying to and interviewing with graduate schools, he took time to attend Milton’s session at the suggestion of Jackson.

Bradford was familiar with Milton as they both were initiated to Kappa Alpha Psi through the Iota Gamma chapter on UCA’s campus; however, he was not fully aware of Milton’s accomplishments.

“As a student, we really don’t know where life is going to take us,” Bradford said. “It just shows that anything is possible as long as you put the best work in it, and you keep striving.”