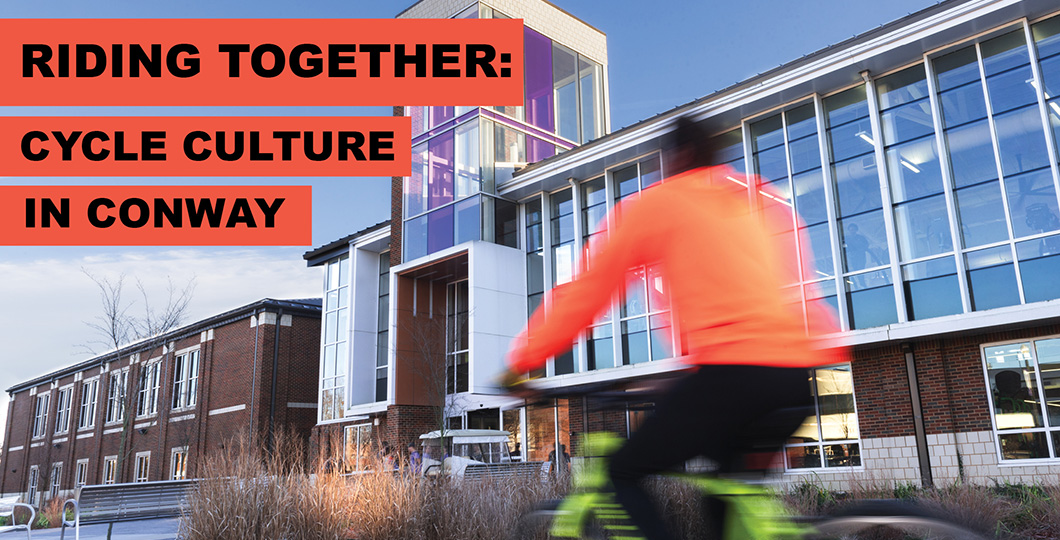 Bicycling is a simple exercise that can benefit your body, your mind and your overall well-being. When combined with service and giving, it can benefit a community.

Bicycles are the most popular product checked out from Campus Outdoor Pursuits and Activities (COPA) in the Health Physical Education Recreation Center, according to Anthony Fillippino, assistant director of COPA at the University of Central Arkansas, and each bicycle has a unique back story.

“The cruiser bikes you see in our COPA fleet were originally abandoned on campus,” Fillippino said. “The UCA Police Department and the Physical Plant worked together to pick them up, then we service them. We take some into our fleet, and others we donate to the Conway Advocates for Bicycling (CAB) Share and Repair program.” 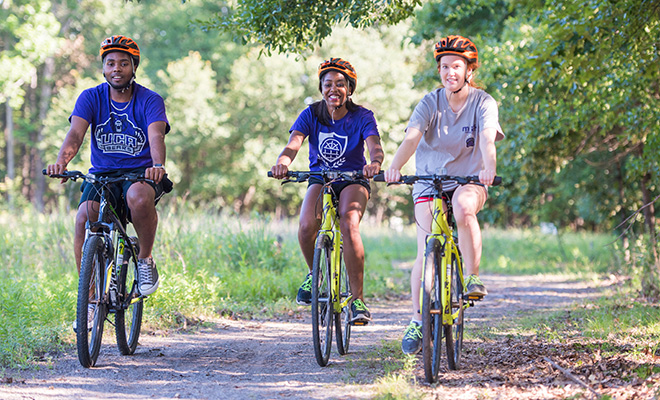 CAB’s Share and Repair program in turn donates those bicycles to the Boys and Girls Club of Faulkner County, Bethlehem House, City of Hope Outreach, Soul Food Cafe Mission and other nonprofit organizations in order to give those in need a means of transportation.

Erik Leamon ’98, founder and owner of Conway bike shop, The Ride, does most of the repairing at Share and Repair, with the help of volunteers from the UCA student community.

“I love that UCA has worked together with the community to give back like this,” Leamon said. “Lots of different places in Conway and many people in our community benefit from this program.”

Conway was named a Bicycle Friendly Community (BFC) during the 2011 Fall BFC awards in September 2011. Peter Mehl, associate dean of the College of Liberal Arts, played a large part in making that happen, along with former Conway Mayor Tab Townsell’s ’84 task force, which consisted of the Bicycle Advisory Board, the Safe Routes to School committee, The Ride, CAB and three institutions of higher learning, including UCA. Mehl is now working to get a similar designation for UCA.

“It certainly brings something to a community in terms of quality of life,” said Mehl. “The bicycling movement began in the community, and now it is benefiting the University.”

Trek Bicycle Store Conway, a bicycle shop with roots in Little Rock, opened a location in Donaghey Hall to serve as a place where community members, bike enthusiasts and UCA students can share their passion for cycling.

“It doesn’t matter who you are. We all ride together,” Leamon said. “It’s a thread that binds people together. Sometimes I refer to it as bike-church. It makes you want to be a better person, and that’s what I like about it. It’s good in the best sense of good. Those are the things that matter in a community.”