“Renaissance man” is an apt description of Terry Wright, professor of writing and dean of the College of Fine Arts and Communication (CFAC). Wright is a campus fixture with his long, flowing gray hair that cascades past his shoulders, sometimes secured in a ponytail or covered by a jaunty hat.

Wright is a poet and artist married to his high school sweetheart. He has a black cat named Spooky, has published seven books and has been published in magazines and journals ranging from “McSweeney’s” to “Rolling Stone.” He worked as music editor and wrote record reviews for Ozark Entertainment magazine, acted in a Shakespeare in the Park troupe one summer in Iowa, loves Kung Fu movies, helped found KABF-FM radio and was a member of The Malls, the first punk band in Arkansas.

“She gives me a lot of liberty to just be myself, and I’m weird,” he said. “You can look at my artwork and my poems. They’re out there somewhere.”

Wright’s creative journey began at Morningside College in Sioux City, Iowa. He wanted to be a painter, so he took an art history course to get a background in his chosen field before moving on to a painting course.

“I was horrible,” he said. So he became a writer.

He wound up an English/theatre double major at Morningside, where he saw the late Miller Williams do a reading.

“He was the first live poet I’d heard up close and personal,  and he blew me away,” Wright said of the experience. “I went up to him after his reading and told him, ‘Wow, I love that.’ He said, ‘You should come to [the University of] Arkansas and get in our Master of Fine Arts program [in creative writing].'”

“I came to Arkansas, but not to the Master of Fine Arts program because I decided I hadn’t read enough,” Wright said. “I didn’t feel like I’d read enough to have context to be a successful writer. So I came to Fayetteville and enrolled in the master’s program, but while I was there I took several creative writing workshops with Miller.”

Along the way, he worked as a house painter, a waiter and a bartender at the old Restaurant on the Corner on Dickson Street.

Wright moved to New Orleans for a few years, then returned to Fayetteville, where he joined Chris Runyan,  a guitarist, and Stan Lancaster, a keyboardist, who wanted to start a punk band.

Thus, The Malls were born. “We were a punk band in a country town,” Wright said. After a year, the band broke up, and he moved to Bowling Green, Kentucky, where he earned his Master of Fine Arts in creative writing.

Wright knew he wanted to teach, so he moved to Little Rock where he took adjunct positions at the University of Arkansas at Little Rock and the University of Central Arkansas, in addition to working at Discount Records. He eventually became one of the charter members of the writing faculty at UCA.

By 2001 he returned to his alma mater, Morningside, to do a poetry reading as part of its distinguished alumni series. Cindy, still living in the area, read about the event and called him at his motel.

“I had not seen or talked to her in all those years, and I blew her off,” Wright said, chuckling. “I’d thought about her over the years. I really thought we’d had something special, but we were too young to realize it.”

Cindy didn’t attend his reading, but she tracked him down at his parents’ house a few days later and called once more.

“She said, ‘I’m going to try one more time  to talk to you,’ “he recalled. “So we met and realized it was like we just picked up where we left off.”

They married in 2002, and Cindy moved to Little Rock. When Dr. Rollin Potter unexpectedly retired as dean of the CFAC in May 2013, “I got a call from the provost’s office, so I go over, and during the conversation I realized something else was up,” Wright said. “I even said, ‘Is this a job interview?'”

“What I like about administrative work is it’s not theoretical like teaching,” he said. “As dean, l can actually make things happen. You can have an impact. Now not everyone likes your decisions, but you can make things happen and create change.”

He tries to find some time during the day to write and make art. In fact, one of his pieces, “Trapeze Anxiety,” which he made while serving as dean, was selected for the 57th Delta Exhibition of Painting and Sculpture at the Arkansas Arts Center held in summer 2015.

“My creative outlet is sort of my sanity thing,” he said. “It keeps me level. It’s a stress reliever.” 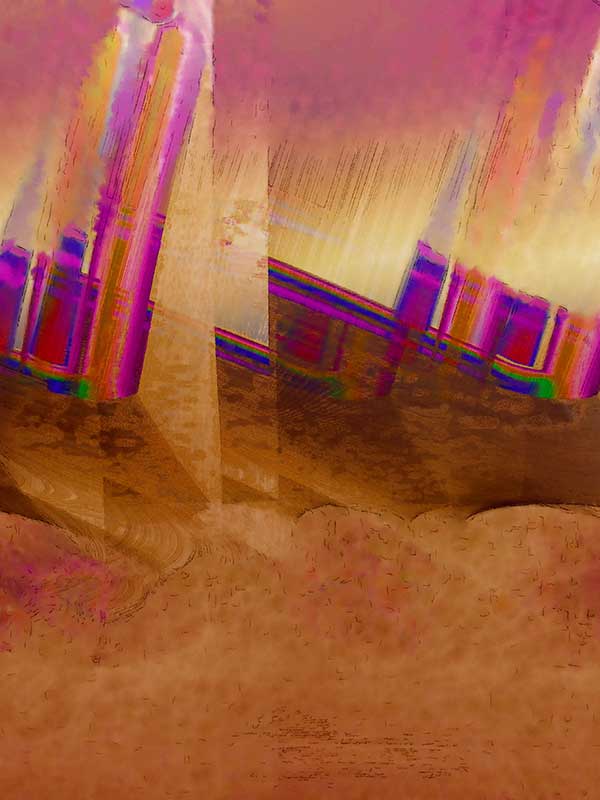 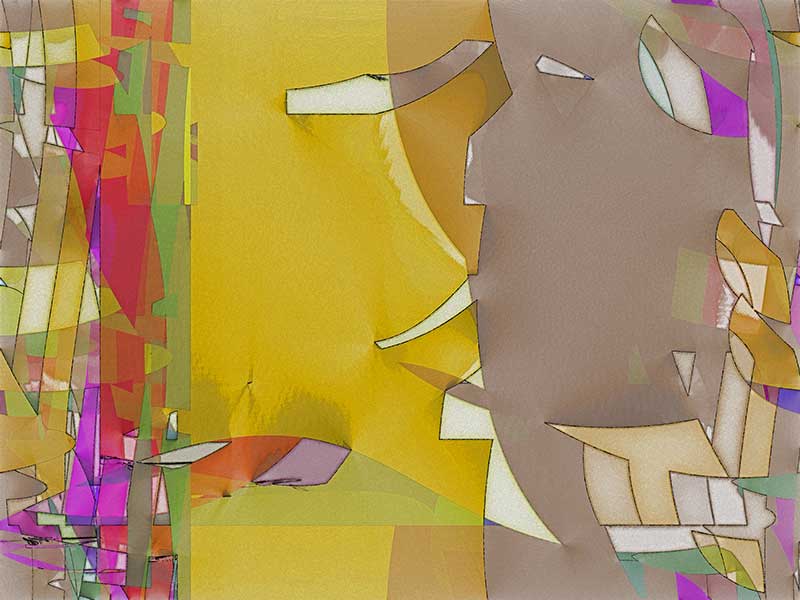 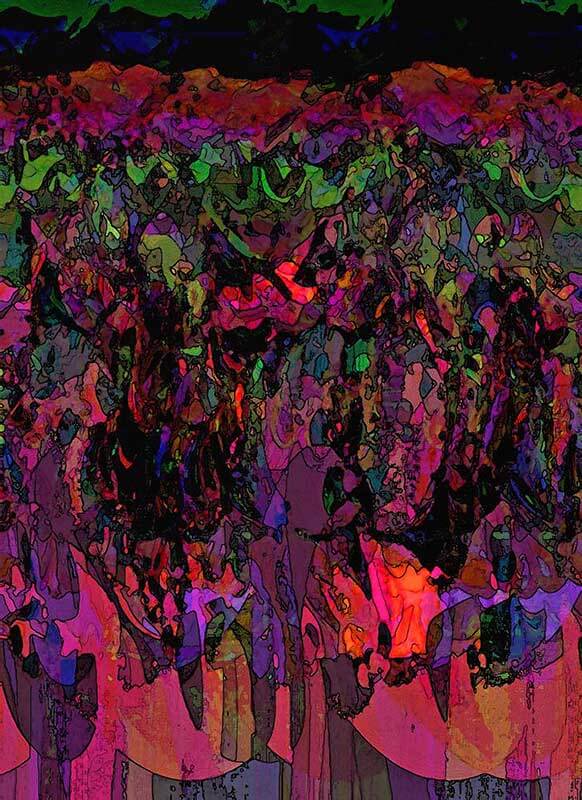 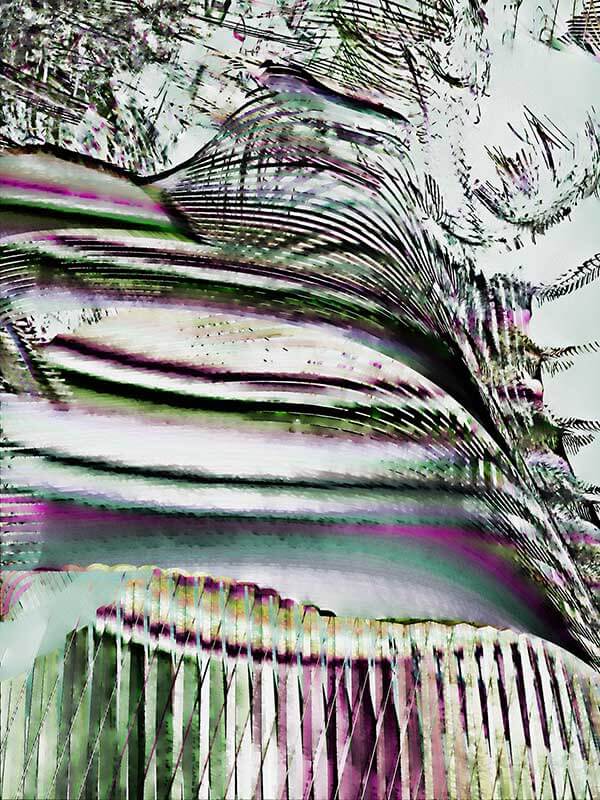 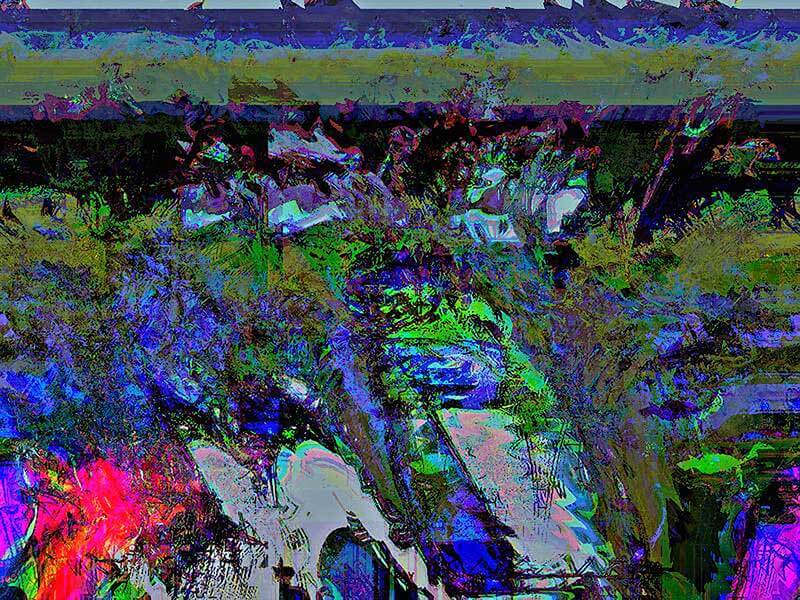 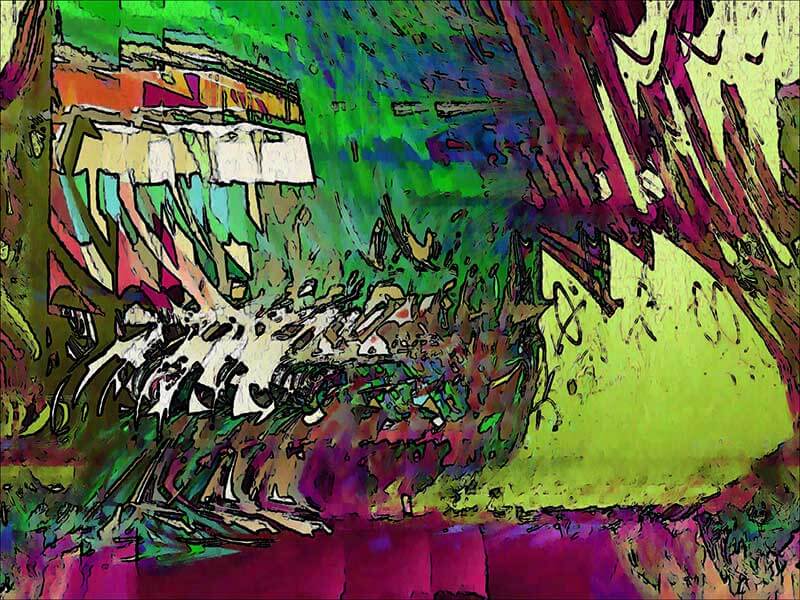