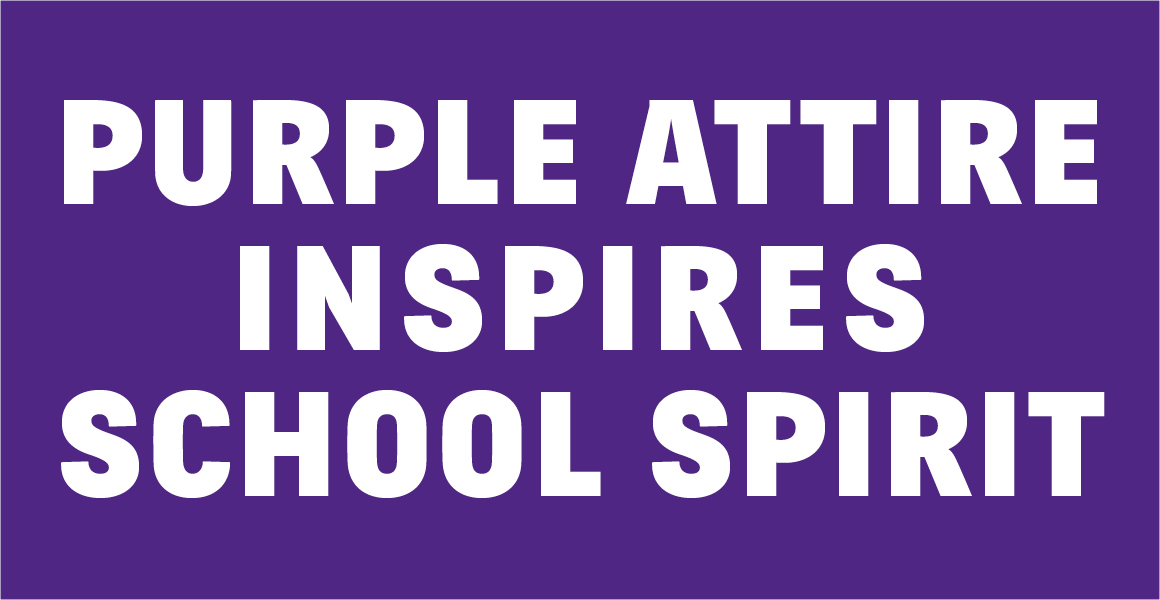 Before he came to the University of Central Arkansas, the only purple clothing President Houston Davis had in his closet was two purple ties. Now he has at least 40.

Davis has a rule: As long as he works at UCA, every tie he wears must have purple in it.

His affinity for purple does not end there but extends throughout his closet. He has 20 purple polos and five purple jackets. The most interesting pairs of pants he owns are a pair of purple plaid pants and a pair of purple slacks. He says his closet makes him look like the biggest Prince fan.

His most enjoyable collection, though, is of his shoes. “Just like wearing a purple tie, I think owning a pair of purple shoes is great for school spirit,” Davis said. 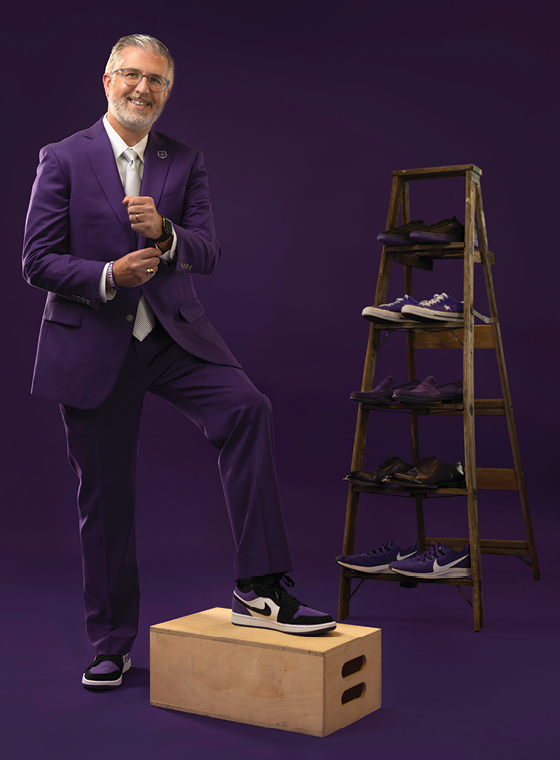 The collection started when he began his tenure as UCA’s 11th president in 2017. He was able to customize a pair of purple UCA-themed Chuck Taylors and began wearing them to sporting events. After having the Converse for one year, he began to search for other pairs of purple shoes. He finds it entertaining, and everyone enjoys seeing his purple accessories. He has seven pairs of purple shoes.

Davis has found that wearing purple accessories strikes up interest from others. When he is not at a UCA event and people ask about his kicks, he takes that opportunity to tell them about the university.

“It’s a great conversation piece. People will laugh and ask, ‘Purple shoes?’ and then I get to talk to them about UCA,” he said with a smile.

Of all seven pairs he owns, his purple Jordans are his favorite. He said that he had been looking for a pair of purple Jordans for over a year and he finally found a pair in his size in spring 2020. He has not been able to debut them yet because COVID-19 put a halt to many spring events and not that many big events happened in the fall.

His most unique pair are his purple Italian loafers, which have a notable UCA connection. Davis and his wife, Jenny, joined the summer abroad group in Florence, Italy, in 2018. While walking in town, the group noticed a pair of purple shoes, and many of the students told Davis to get a pair. The next day, the shop owner had a pair in his size, and he was able to return to UCA with a stylish pair of purple shoes.

During this trying and uncertain time, Davis has tried to keep the school’s spirit high by continuing his commitment to UCA-themed attire. His spirited wardrobe has not gone unnoticed.

“I make a point of wearing UCA-branded shirts frequently, but not necessarily purple, because I believe in this institution, and that belief is inspired by Dr. Davis,” said Rick Tarkka, UCA chemistry professor. “He always has branded clothes on.”

Shoes aside, Davis’ favorite purple item in his closet is his custom-made purple bear suit, which he enjoys wearing to Homecoming games.

“It’s crazy to think that I only had two purple ties before UCA, and now my wardrobe is full of purple,” he said.