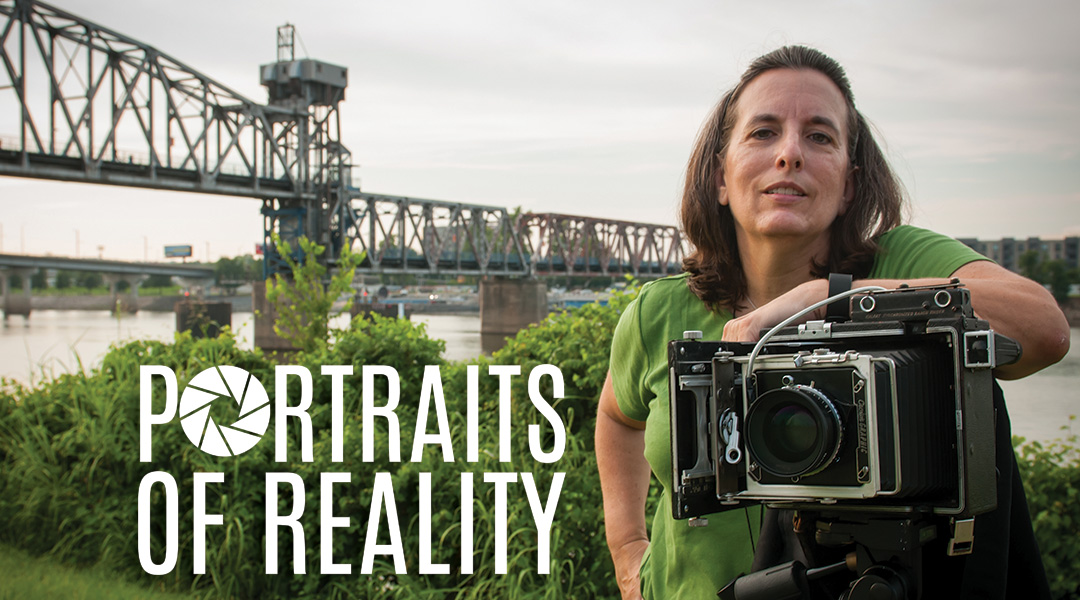 When Donna Pinckley takes a neighborhood stroll, she happens upon the oddest sights. A coffin sitting on a front lawn with large, creepy eyes peering from the living room windows, flamingos and shoes hanging from a tree like leaves and a yard sign that reads “Be nice or leave” placed next to an alligator are all images that Pinckley observes, then photographs.

“They are all hiding in plain sight,” Pinckley said. “They’re humorous in their juxtaposition.”

The images become a part of Pinckley’s “Lagniappe” series or her “something extra.”

As a veteran photographer and tenured professor, Pinckley has created several photographic series, but the “Lagniappe” series is outside her norm.

“You always want to stretch yourself and learn,” Pinckley said. “The work is different from what I was doing.”

Most of her previous work was portraitures featuring people in natural settings. Images in several of her series, such as “Southern Depictions” and “Soul Objects,” prominently show people at their homes or in their neighborhoods. Individuals, mostly children, hold personal items like jewelry boxes or toys, while staring blankly through the camera lens.

Pinckley uses a Crown Graphic 4×5 camera, a black-and-white film camera that produces a 4” by 5” negative. She teaches a number of classes, including digital photography, but for her own work, she prefers the Crown Graphic because of the detail it allows.

She photographed several children throughout their lives to showcase the progression of age and expression. It was the children’s series that was a major catalyst for her most recognized photo series, “Sticks and Stones,” which features interracial couples and one insult the couples had received. 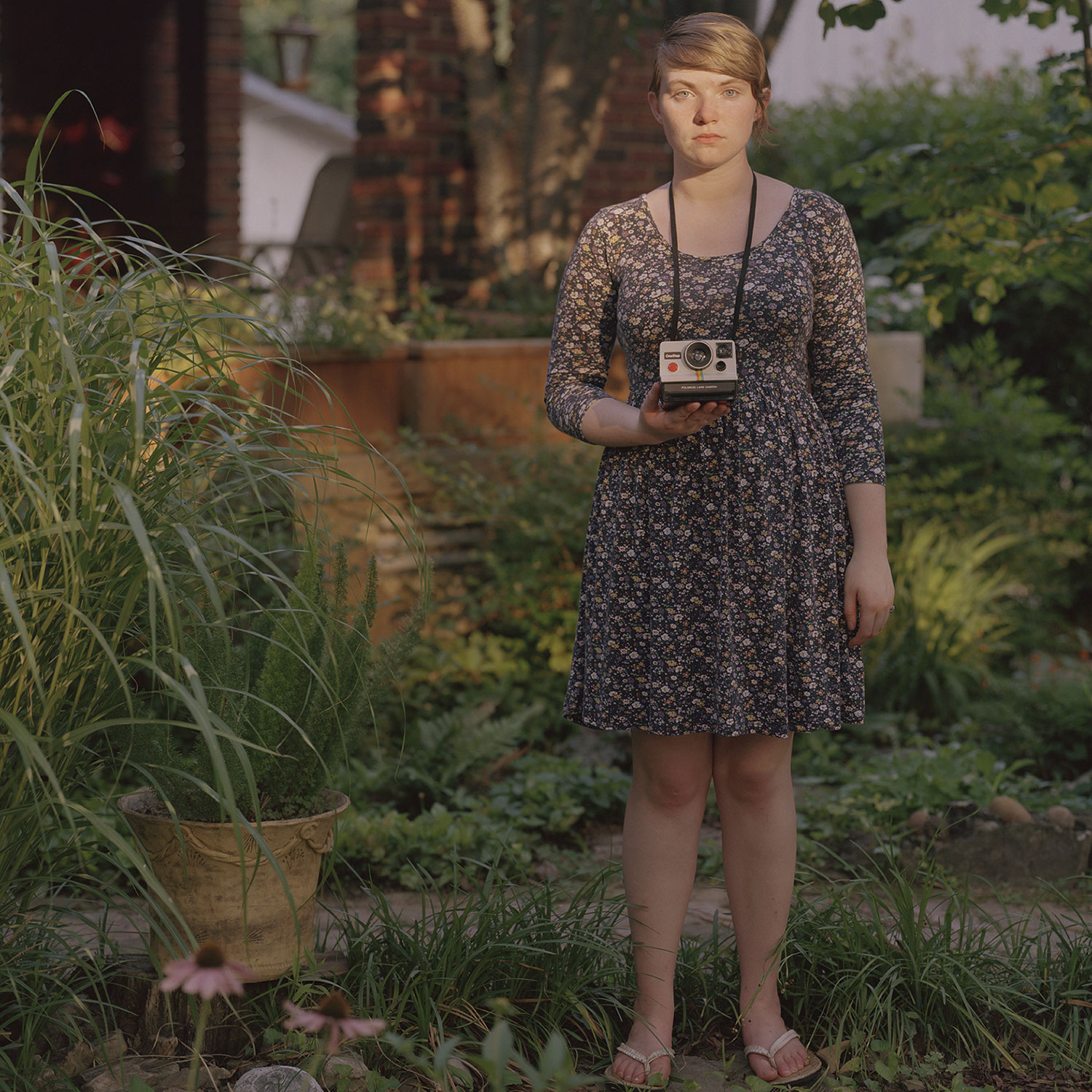 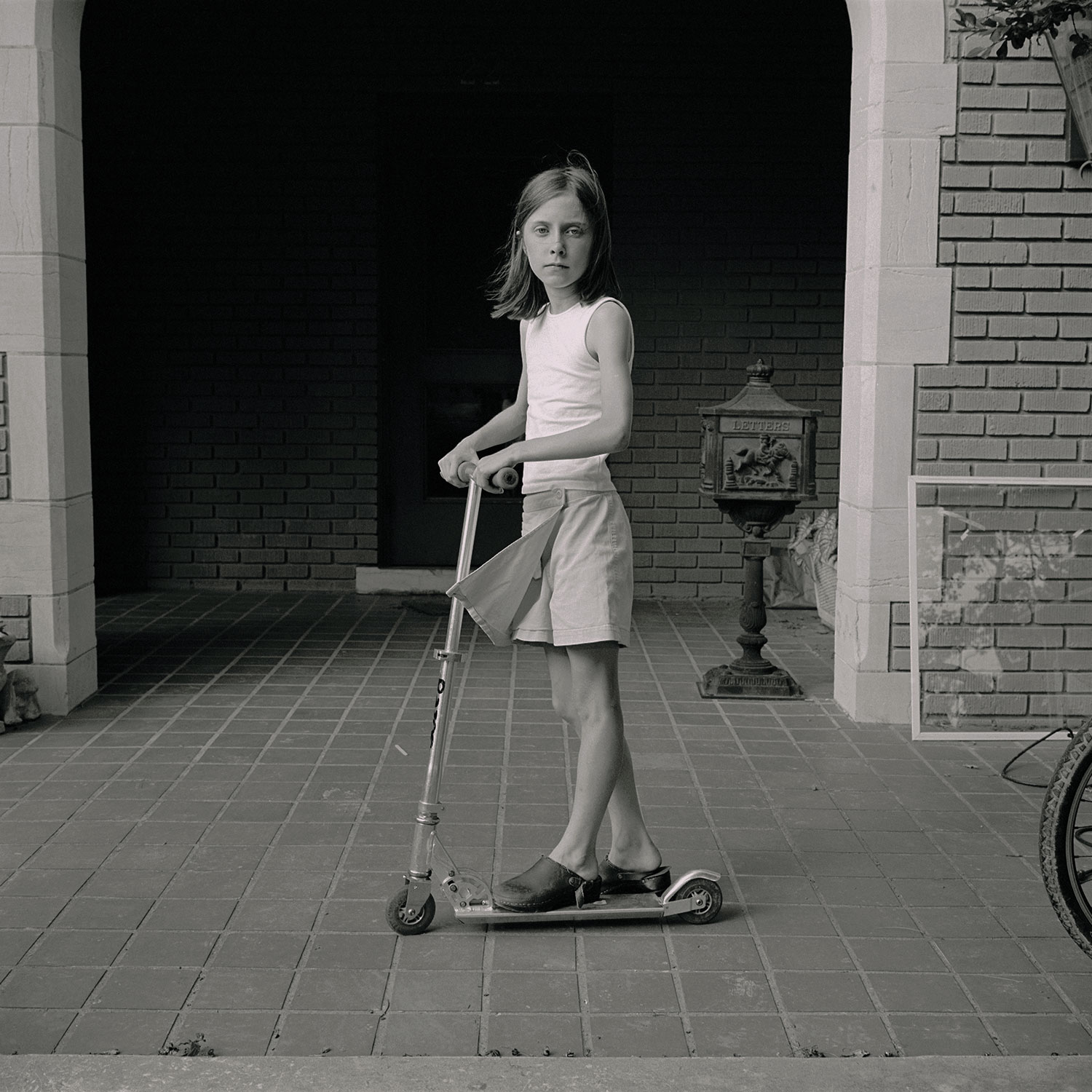 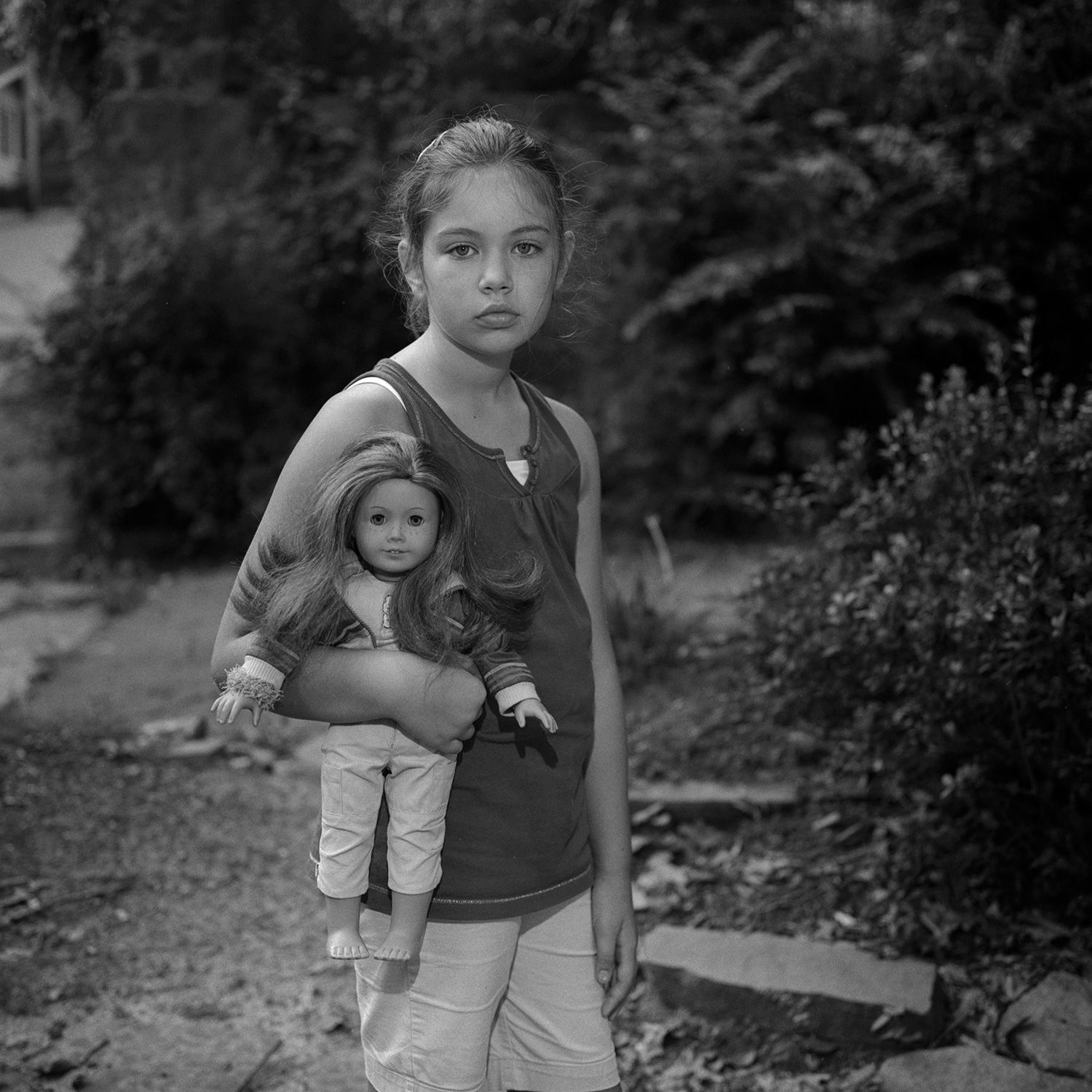 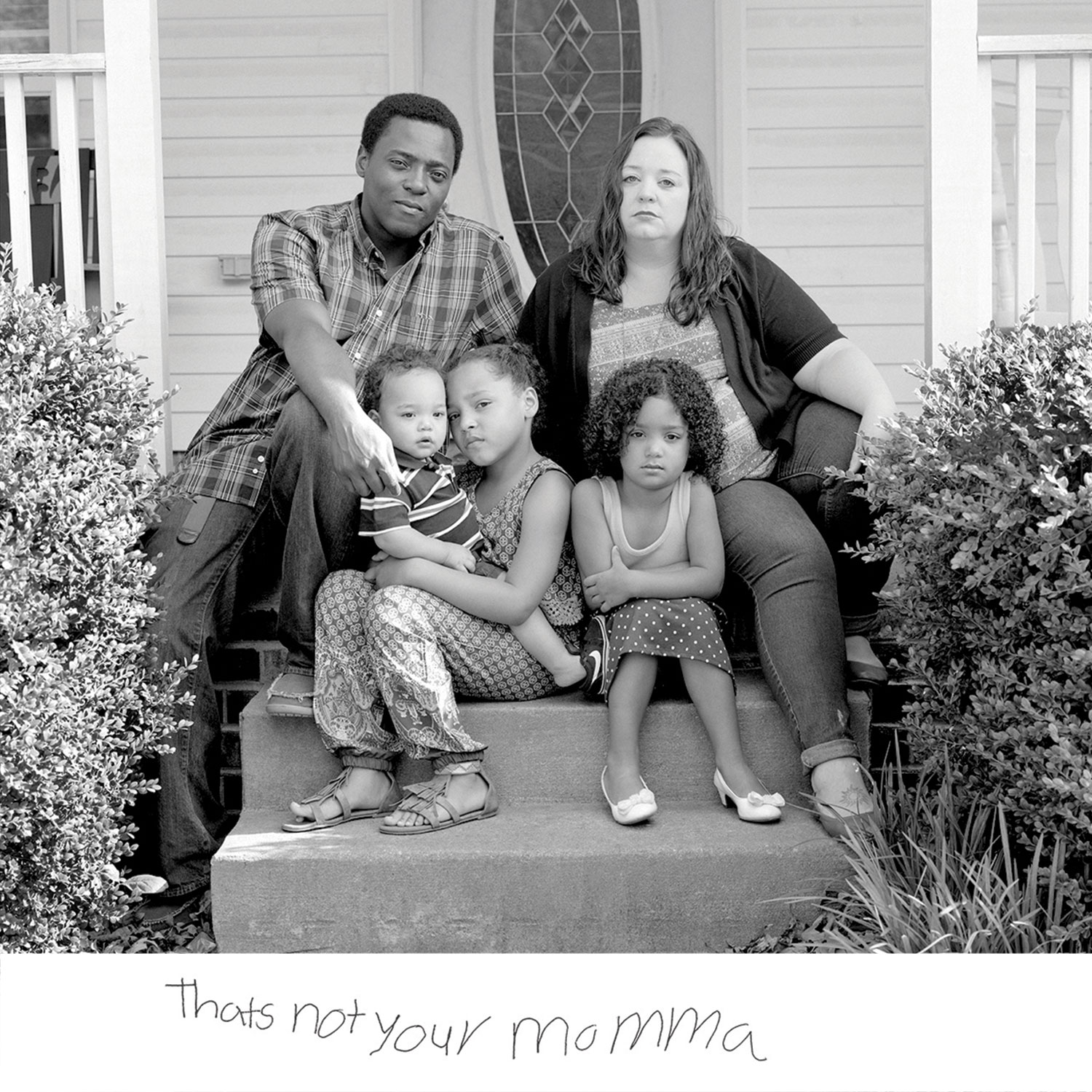 One of the children from her series was a young woman that Pinckley had photographed several times, and over time, Pinckley became friends with her and her family.

The now young woman is a college graduate and is involved in an interracial relationship. While visiting with the woman’s family, her mother told Pinckley people treat her daughter “really badly” and make terrible comments to the couple.

Pinckley asked to photograph the couple and for them to tell her about comments people had made to them.

“The comment was, ‘They are disgusting,’ to their face,” Pinckley said. “That’s pretty powerful.”

Pinckley then asked the couple whether they knew of other couples with similar experiences.

“I thought of this concept and this idea, and I don’t know that it’s ever been done before, and I thought, ‘I’m gonna try it and see,’” she said.

Through a word-of-mouth network, Pinckley began to capture the images of other interracial couples for her series. Each portrait is captioned with a racist comment made to the couple.

Pinckley submitted the “Sticks and Stones” series to a competition, but she did not win. She did, however, catch the attention of an editor at Slate magazine who wrote a story about the series.

“He did a really good interview. He captured everything,” Pinckley said. “Well the next morning, Huffington Post calls me and then Buzzfeed and then MTV, Cosmo, the Guardian, just on and on. This went on for two months.”

While her work received critical acclaim from many who were encouraged by the social commentary, it also incited criticism.

“I don’t read the comments at all. Even if it’s positive or negative, I just don’t read them,” Pinckley said. “Several people made an effort and emailed me and gave me negative comments.”

The attention helped to spark interest in the series, and to date, she has photographed about 30 couples.

“It wasn’t an intentional thing but sub-consciously, I guess it was my time to have a way to be proactive about the subject of race and how people treat each other,” she said. “I don’t try to make it controversial, just trying to have a conversation. I’m not political, but the subject is.”