Mouaz Moustafa ’08 works until the early morning hours most days, meeting and communicating with leaders from all over the globe and finding few hours to sleep.

As executive director of the Syrian Emergency Task Force (SETF), he maintains this arduous schedule to support a mission.

“The simple goal of our work is to end the atrocities that are unfolding in a place that also happens to be the place where I was born,” he said. “Dealing with individuals in different time zones from the Middle East to Europe and the United States makes it difficult to have a normal schedule.”

After graduating from the University of Central Arkansas with a bachelor’s in international relations, Moustafa went to work in Washington, D.C., interning with former U.S. Rep. Vic Snyder and then as a staffer for former U.S. Sen. Blanche Lincoln. As the peaceful Syrian protests began in March 2011, Moustafa helped start the SETF.

“The reason I called this the Syrian Emergency Task Force is because I thought, ‘The whole conflict would only be for a couple of weeks, maybe a few months, and then it’ll be done,'” he said, adding that he never thought that years later he would still be doing this work.

On the political front, he and his team regularly engage with leaders in the U.S. Congress, the Department of State, White House, the Department of Defense, United Nations and British Parliament, among other institutions and policymakers, as the group calls for the protection of civilians in Syria.

Its legal work is focused primarily on documenting and exposing war crimes. With documentation collected by a former Syrian military police photographer, the task force has started criminal court cases in Spain, Germany and France, and the organization continues to pursue other prosecutions.

“We are determined that we bring justice to the countless war crimes, and through pursuing justice, we hope to deter further atrocities,” Moustafa said.

The SETF also works with local councils in Syria to help promote democracy and counter extremism to ensure that warlords and terrorists do not take a foothold in liberated areas.

As part of its work, the SETF also operates the Arkansas-based Wisdom House Project. This initiative focuses on humanitarian work in Syria by sustaining the Wisdom House, a kindergarten for orphans, and Tomorrow’s Dawn women’s center, as well as a letter campaign called Letters of Hope for Syria. 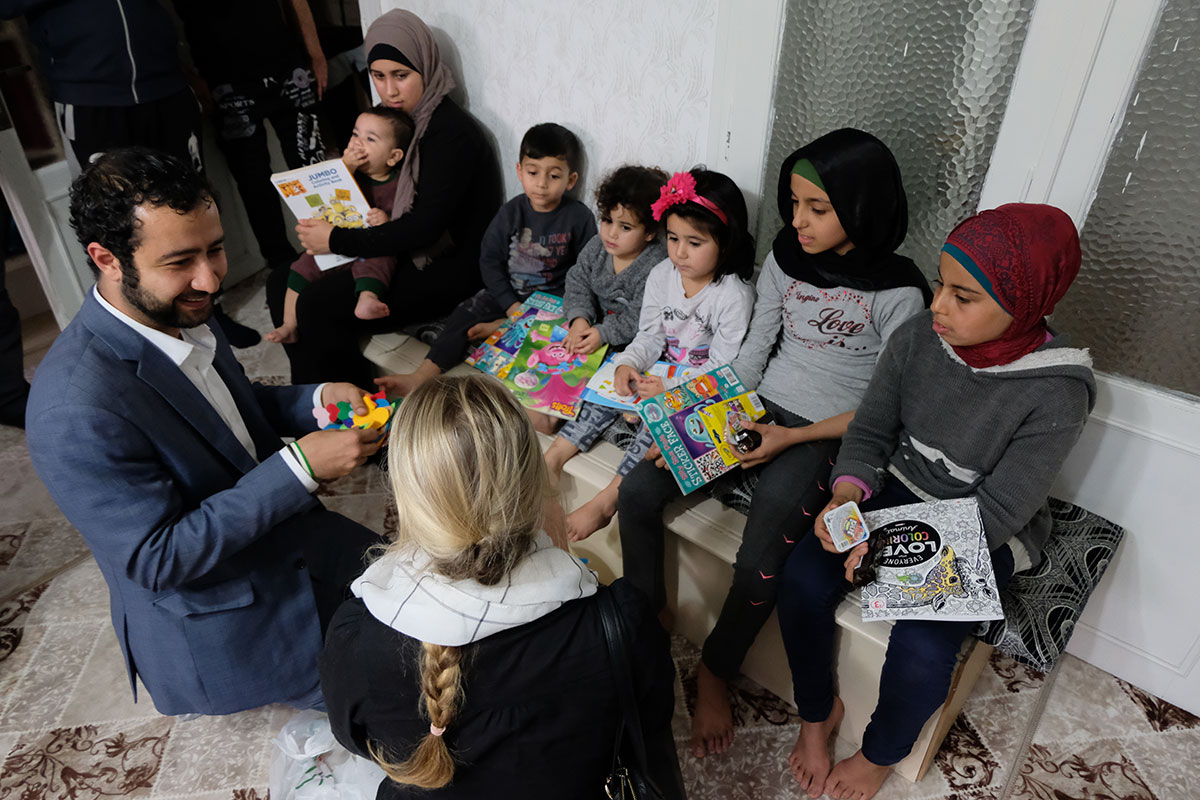 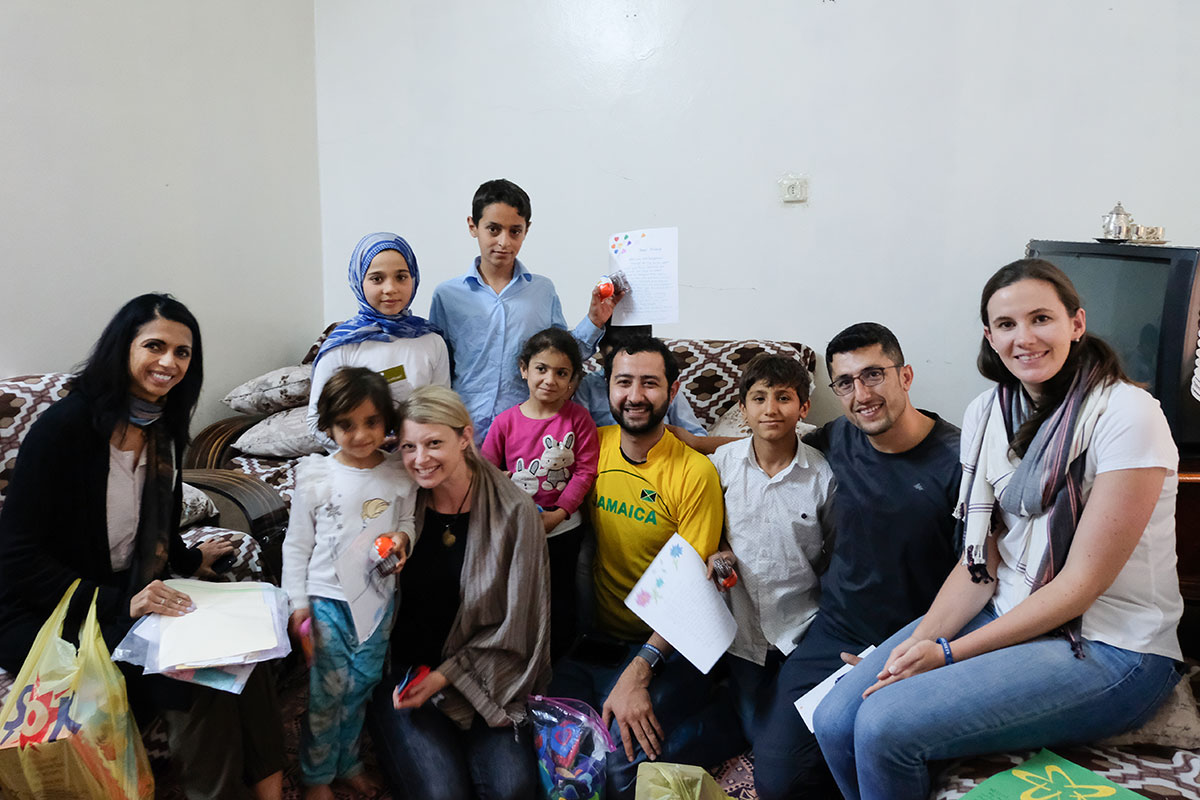 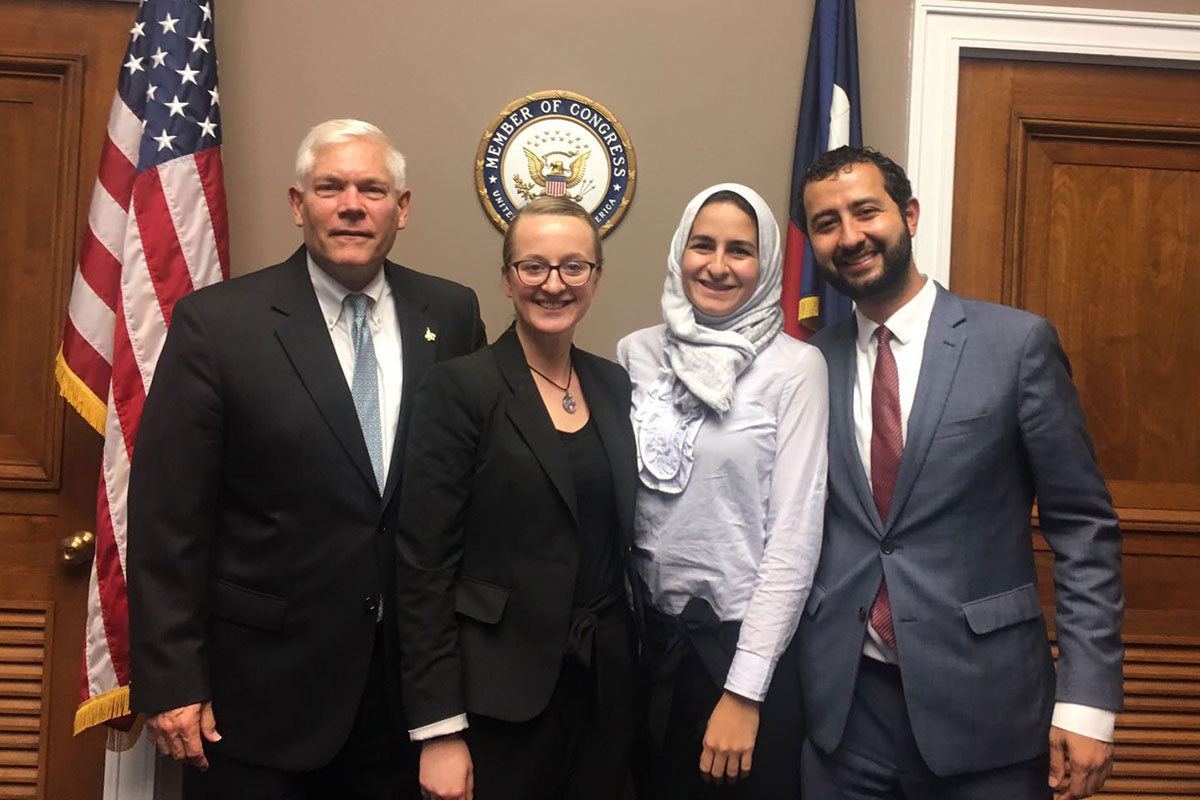 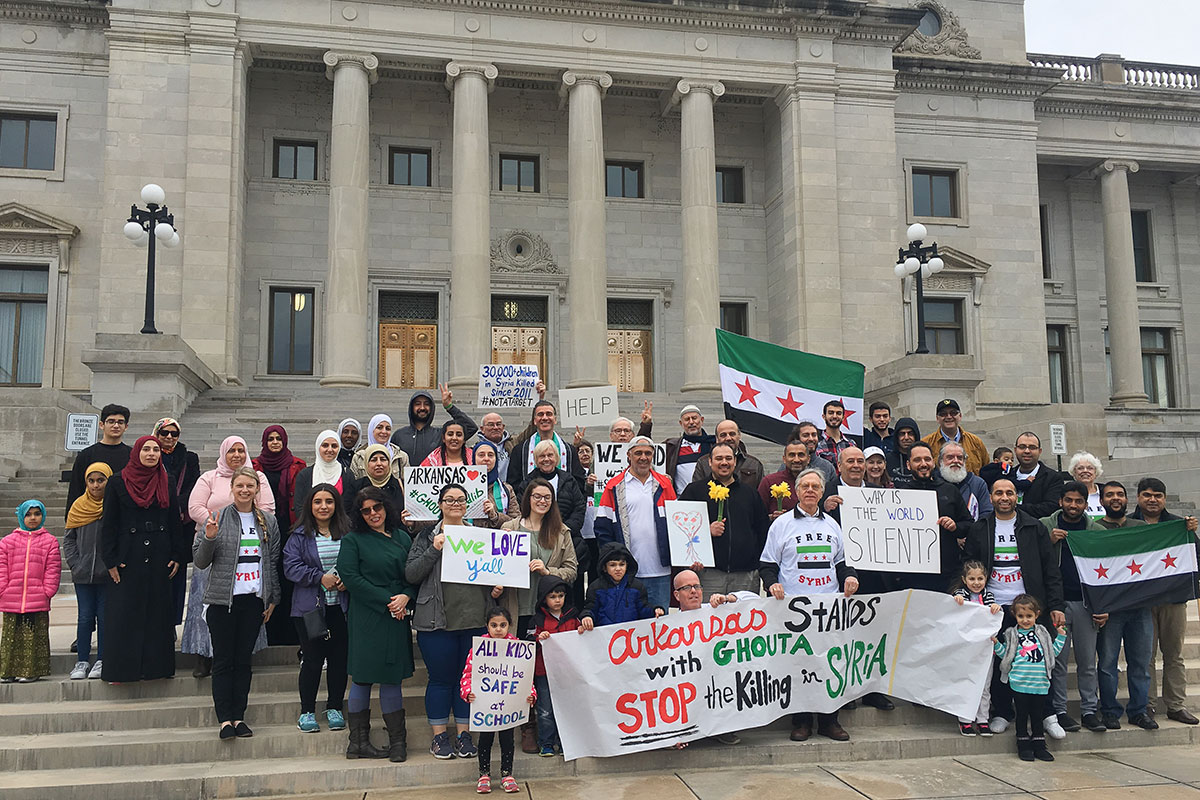 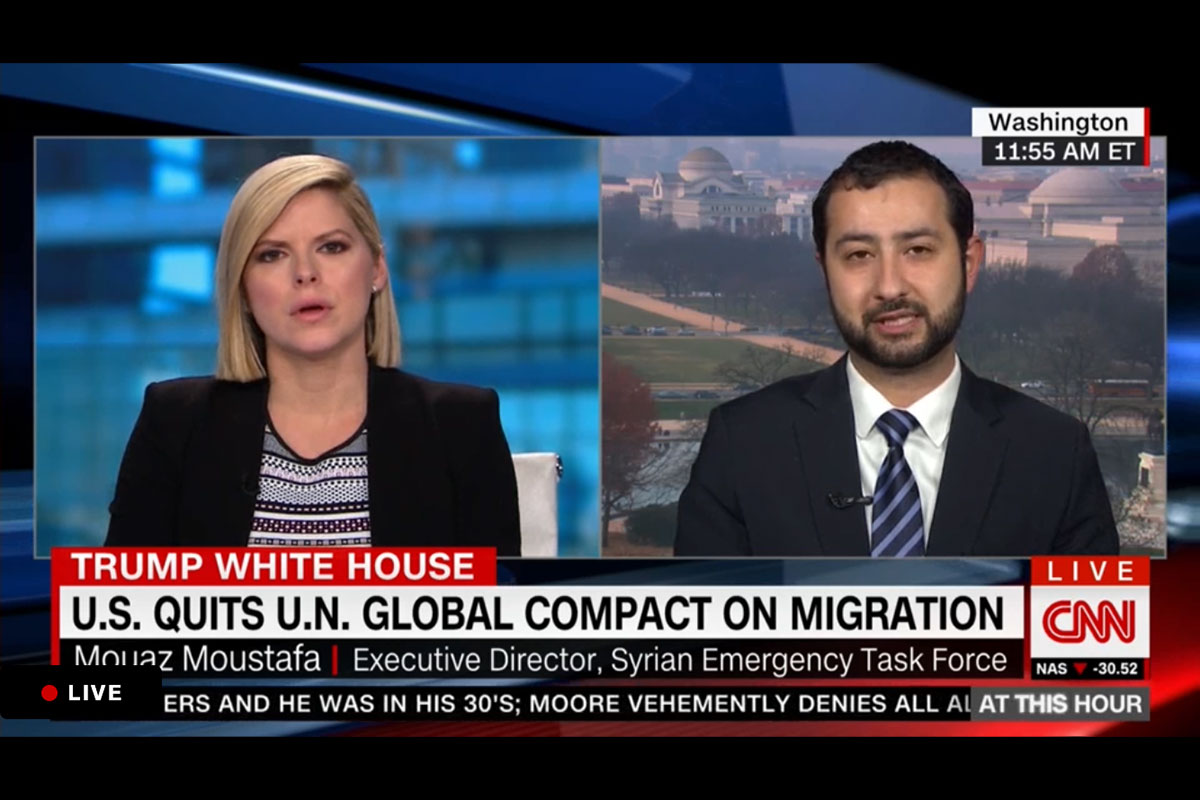 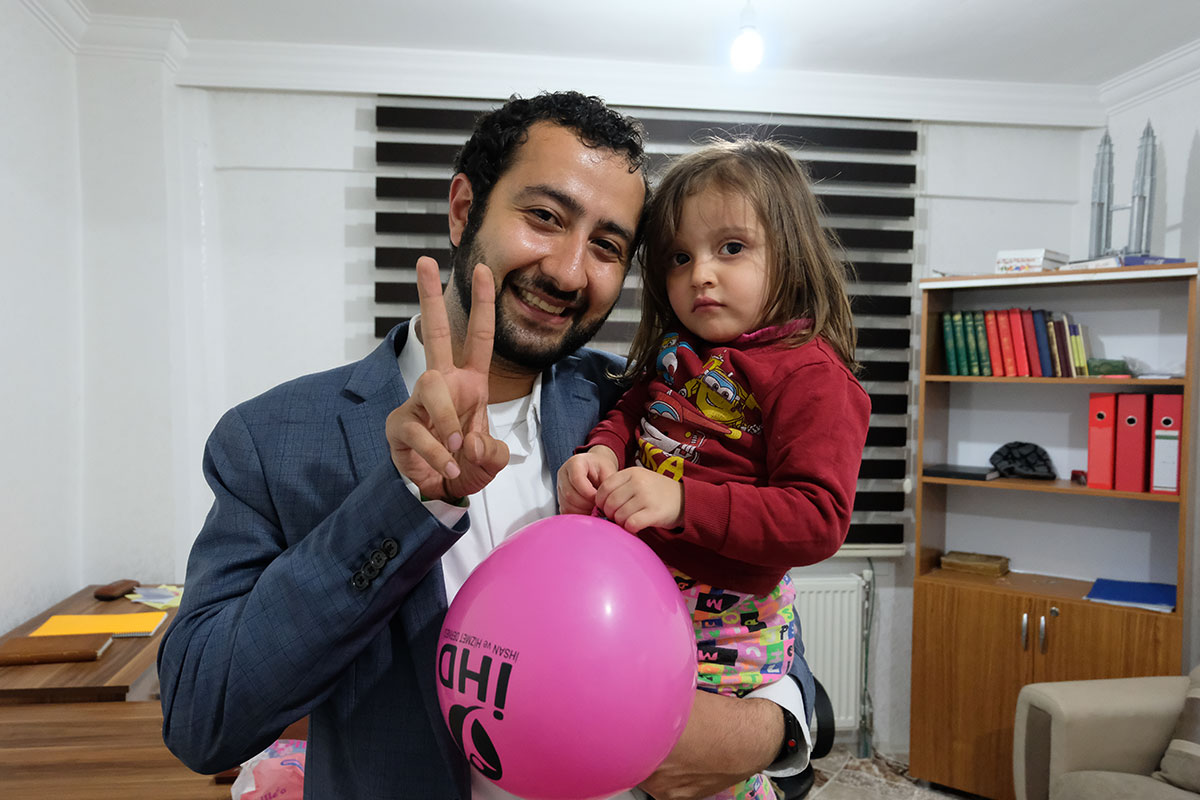 Letters are collected from all over the world and then mailed to Little Rock, where they are scanned and documented before being packed and sent to Syria for distribution to displaced individuals every few months, Moustafa said.

“The reactions by Syrians receiving these letters of hope have been overwhelming. It is as if we gave them a million dollars,” he said. “We gave them hope and love, at least for that moment, because they knew that someone else out there knew and understood their suffering and cared for them.”

Moustafa makes his home in the Washington, D.C., area, but he travels extensively throughout the United States to continue raising awareness regarding Syria’s civil war. His travels include visits to Arkansas and UCA.

While a student, Moustafa said UCA provided several opportunities to learn procedural aspects of the U.N., such as the Arkansas Model United Nations conference held at UCA each year, which is coordinated by Mark Mullenbach, associate professor and director of the international studies program. He also gained increased knowledge of Middle Eastern politics in classes taught by Gizachew Tiruneh, associate professor and the International Studies Club faculty adviser.

Moustafa also credits his former professors from the Department of Political Science such as Gary Wekkin, John Passe-Smith and Clay Arnold as being major influencers on his career.

“If it wasn’t for UCA, if it wasn’t for the amazing instructors, experiences and education I received on campus, I wouldn’t have had the foundation that I needed to do what I do today,” Moustafa said.