Rachel Farhat agreed to be part of a University of Central Arkansas commercial, but she missed her scheduled arrival time due to car trouble.

She emailed the video crew from her phone and stated, “If I can work this out in time then I will be there and ready, but if not, I am very, very sorry for any inconvenience I have caused.”

Not wanting to shirk her commitment to UCA, she arrived roughly two hours late, only to learn that the video shoot was a hoax.

Instead of being in a UCA commercial, Farhat was being awarded the H.M. Firestone and Family Scholarship in the amount of $4,000 per semester for up to four semesters.

Farhat could barely find the words to respond when she realized what was happening.

“I feel like I’m getting pranked,” Farhat said, as she came to grips with the moment. “I feel overwhelmed and embarrassed to cry in front of all of you.”

Farhat thanked the university for recognizing her with the scholarship.

She and several other students were surprised to learn that instead of being in a UCA commercial, they were receiving scholarships through the UCA Foundation.

“We’ve actually done this for two years as a way to creatively and visually capture the moment a student’s life is transformed by receiving a scholarship award,” said Mark Heffington ’04, executive director of University Marketing and Communications at UCA. “The videos are shown at campus events like the Scholarship Reception in the fall and Laurels & Stripes in the spring.”

Although Reyna Gomez had seen scholarship videos at the Scholarship Reception in fall 2019, she was still surprised to find herself in the midst of filming one.

“They put the video on of people getting a scholarship, and I thought, ‘That’s great for them,’” Gomez said. “I never thought I would be getting it, too.

“This is the greatest help I could get. I’m not usually emotional, but this is, like, so big. I love UCA.”

Gomez received an Arch Ford Endowed Scholarship in the amount of $4,000 per semester. The biology major hopes to later attend the University of Arkansas for Medical Sciences to become a physician. 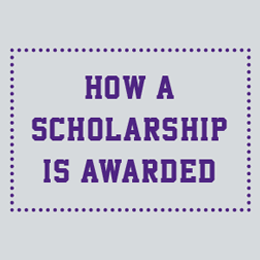 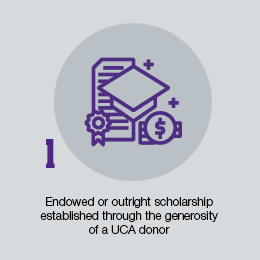 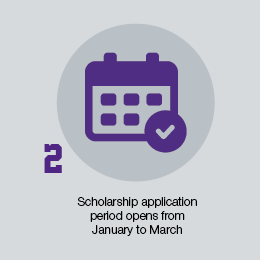 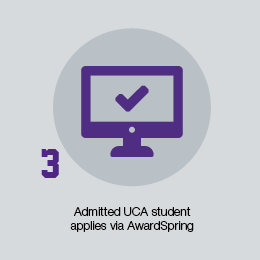 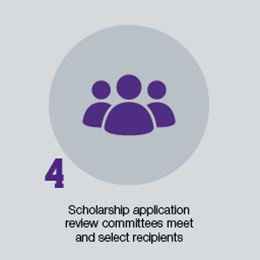 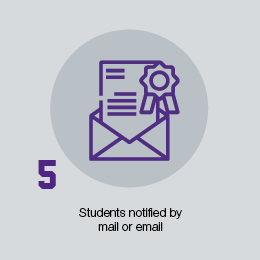 Current or admitted students can apply for privately funded scholarships from January to March each year. The application consists of basic information such as name, major and classification, as well as other questions. Based on their responses, students may be prompted to submit one or more short-answer responses or essays.

The university recently began using the AwardSpring software, which allows students to apply for specific scholarships. The system also intuitively determines eligibility for other scholarships and makes application.

“We build the application out with all of the questions that are related to all the different scholarships,” said Chad Hearne ’04, ’19, executive director of the UCA Foundation. “And then based on the answers to those questions, that’s what will drive their eligibility.”

Many students are finding that the gap between their financial aid package and the cost of tuition and other expenses is growing, Hearne said, pushing the need for privately funded scholarships.

“That’s where the foundation comes in with the role that we play in trying to help fill that gap,” he said.

Victoria Fountain received a general scholarship from the UCA Foundation. The Conway native works three jobs and lives with her family in Conway to save money while earning her degree in nutrition.

“This is the first scholarship that I’ve ever received, and I’m so grateful,” she said. “This is going to help me so much. Every time I work, I always have to put the majority into my savings, so this is kind of like a cushion for me that I didn’t have.”

Christina Salas is a music education major and a member of the Bear Marching Band. She agreed to be a part of the UCA commercials, believing she would play her piccolo as part of the shoot. Instead she received an Arch Ford Scholarship in the amount of $6,000 per semester for up to four semesters.

“This means so, so much. This past year, I got a job, and I was also donating plasma. And I was also doing Uber Eats,” Salas said. “So this helps lift some of the burden of just having to do everything and be everywhere at once and having all that stress.”