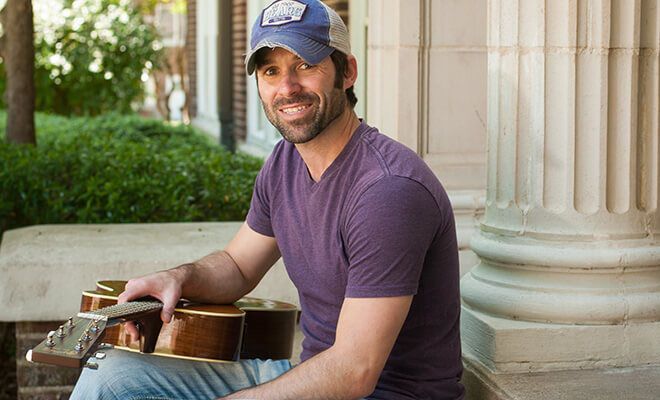 Matthew Huff ’03 grew up never realizing that his hometown was his first connection to Nashville.

Going to college was always on Huff’s agenda, and he chose UCA because it was so close to home. Conway was much larger than the town he was used to, but Huff became acclimated in no time. 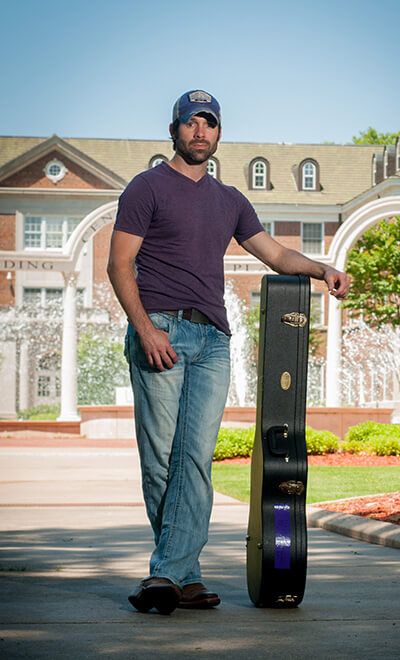 “I tried out for University Singers when I was a freshman. I was just a country kid who sang along to the radio. It was the most intimidating moment of my life,” Huff said. “Those are still lessons I use today. That definitely helped and shaped my career with knowledge I still use today.”

Huff graduated with a degree in early childhood education and went on to teach elementary school in the Conway district for six years. During his fifth year of teaching, he wrote a song called “Back Again.”

“I didn’t know what the heck I was doing,” Huff said. “One of my student’s parents had connections in Nashville. She said to me, ‘Huff, you really need to see where this could go.’ So I wrote the song, cut it and the song ended up breaking the Top 40 in Music Row.”

That was the moment Huff knew he had to make his big decision.

“The teaching lifestyle and the musician lifestyle don’t really go together. That song is pretty much the reason I am where I am six years later,” Huff said.

Now, Huff has finished his fourth album. He won Best Country song of the Year for his song “A Little Bit of Crown” and Best New Male Artist at the 2016 Indie Music Channel Awards. He has been nominated for 18 awards in indie organizations around the country and recently performed at the Fun ‘N Country concert at the Fun ‘N Sun Festival in Clearwater, Florida with Cassidy Pope, Granger Smith and Craig Morgan.

Giving back is an important part of Huff’s career as well. Every year he strives to put on Back Home Fest, a concert held in his home town from which all proceeds go into a scholarship fund for a high school student in need of financial assistance. He is also a part of Team Keegan, a charity that delivers gifts to children battling cancer.

A Little Bit of Crown

Give It All I Got