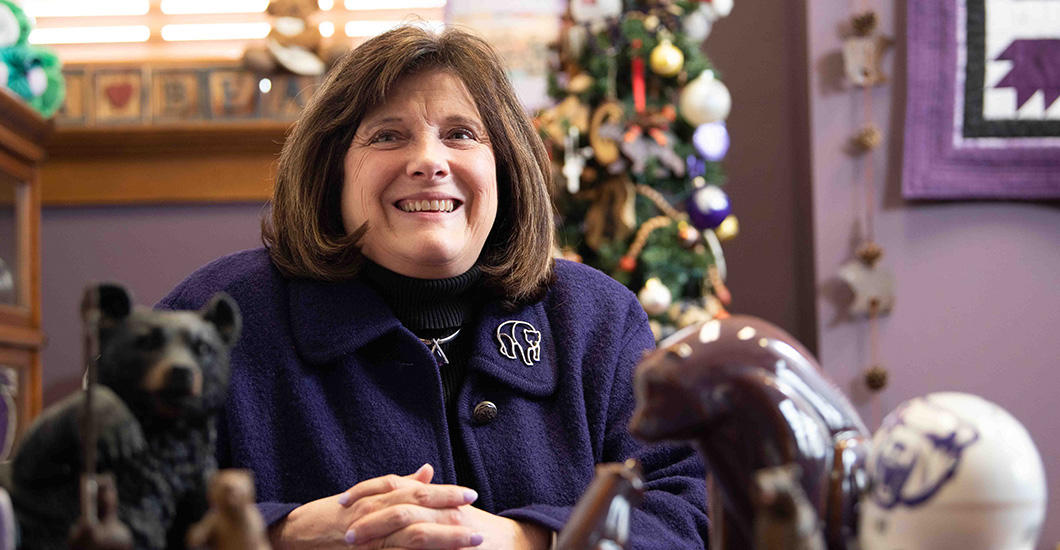 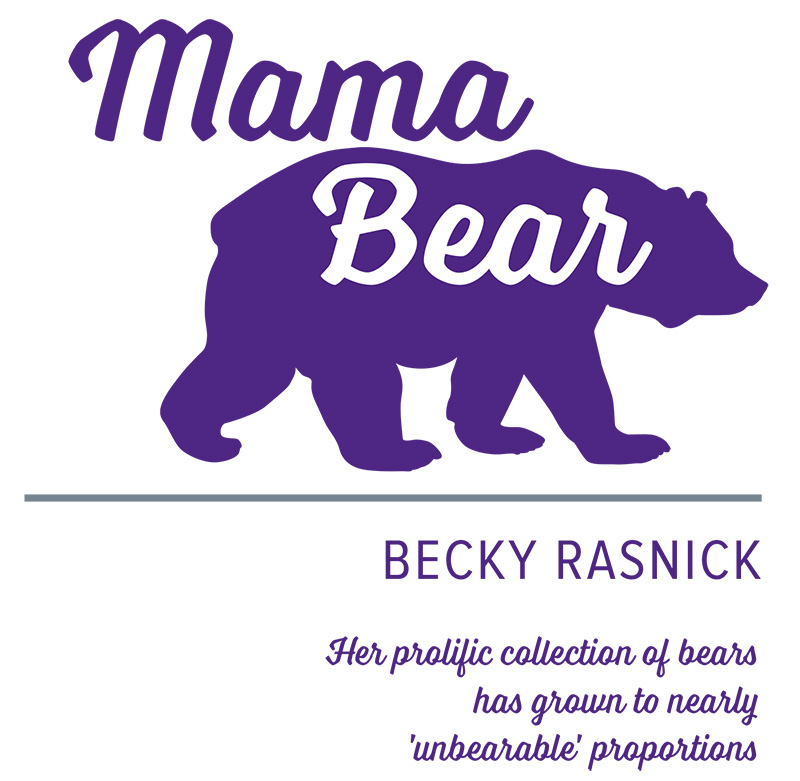 Most people on the University of Central Arkansas campus know Rebekah Rasnick ’77 as Becky, but to many students on campus, she is “Mama Bear.”

Rasnick first earned the Mama Bear nickname while working as academic adviser for the athletics department. Students would come to her office and instantly notice her collection of bears, with many of those being purple.

Then students and parents began adding to her accumulation. She said families would see a bear and buy it because they thought of her.

Between the bears she found herself and others gifted, Rasnick now owns a collection that she can “bearly” count.

“Just counting on the outline of my office, I counted 100, but I didn’t look at the [Christmas bear] tree or the other bears in the corner, so probably 200,” she said.

Rasnick is now the UCA registrar. She started at UCA in 1996 and has worked in several capacities over the past 20-plus years.

At home, she stores her holiday bear collections for Halloween, Easter, the Fourth of July and Christmas, and rotates them throughout the year.

All told, she can’t say exactly how many bears she owns. 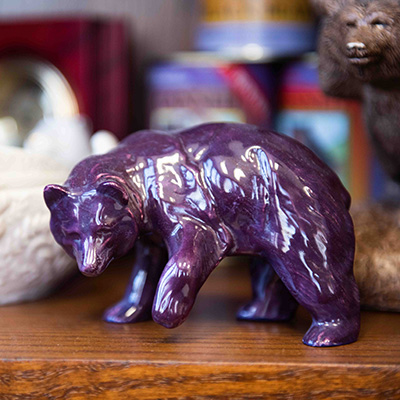 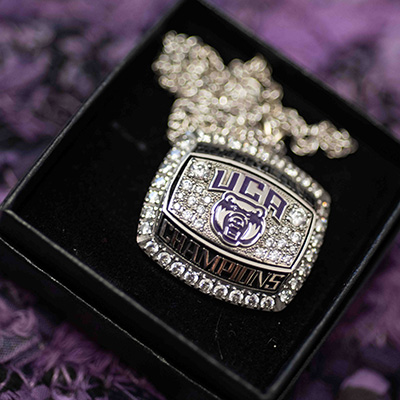 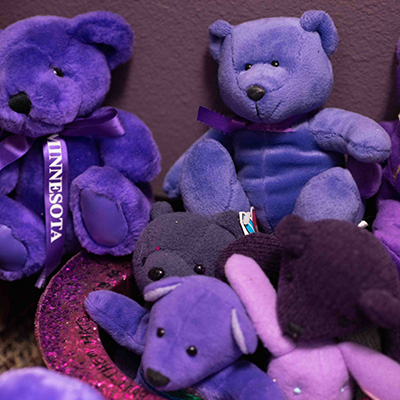 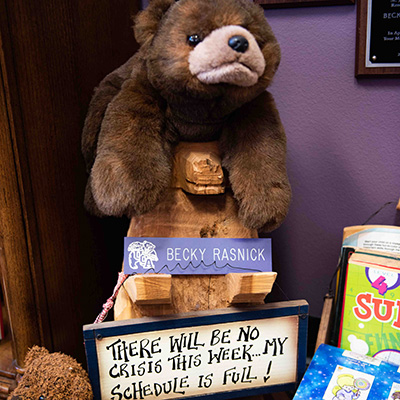 “I’ve kind of slowed down on the bears since I am not advising anymore and not seeing as many students,” Rasnick said. “If it’s a purple bear, I get it. If it’s a generic bear, no.”

Rasnick also owns several pieces of bear jewelry like earrings, bracelets, necklaces, rings and pins. She wears the bears when she is not wearing purple, which she admits is not often.

“If I don’t have purple on, people go, ‘Oh, you don’t have on purple?’ They even do that at Sunday school,” she said. “Somehow I have a bear or purple on every day. You might not be able to see it, but I’ll have a bear on somewhere.”

In anticipation of her retirement in a few years, Rasnick began moving bears from her office. At least 50 of her bears now reside in other parts of the registrar’s office suite. With so many others, she has not decided what she will do with the entire collection.

In her true Mama Bear spirit, she has one idea to host an office sale then donate the funds to a scholarship. Her love for UCA and her bear collection is only surpassed by her love of UCA students.

“The athletes would introduce me as their UCA mother, and it was fine,” she said. “If I can help them, I am glad to be a mother.”