The University of Central Arkansas Board of Trustees and UCA President Tom Courtway unveiled new building signage and two bronze plaques for Laney-Manion Hall at a dedication ceremony in August 2015.

In December 2014, the UCA Board of Trustees approved the renaming of the former Laney Hall, which houses the Department of Chemistry, to Laney-Manion Hall in memorialization of Dr. Jerald “Jerry” M. Manion. At the time of Manion’s death, he was the longest-serving professor at UCA, having served for 49 years as a professor, chair, mentor, friend and ambassador for the Department of Chemistry.

Laney-Manion Hall was built in 1994 and originally named after Governor Benjamin T. Laney, who was a University alumnus. Two bronze plaques etched with images and biographies of both Laney and Manion now hang inside the entryway of Laney-Manion Hall. 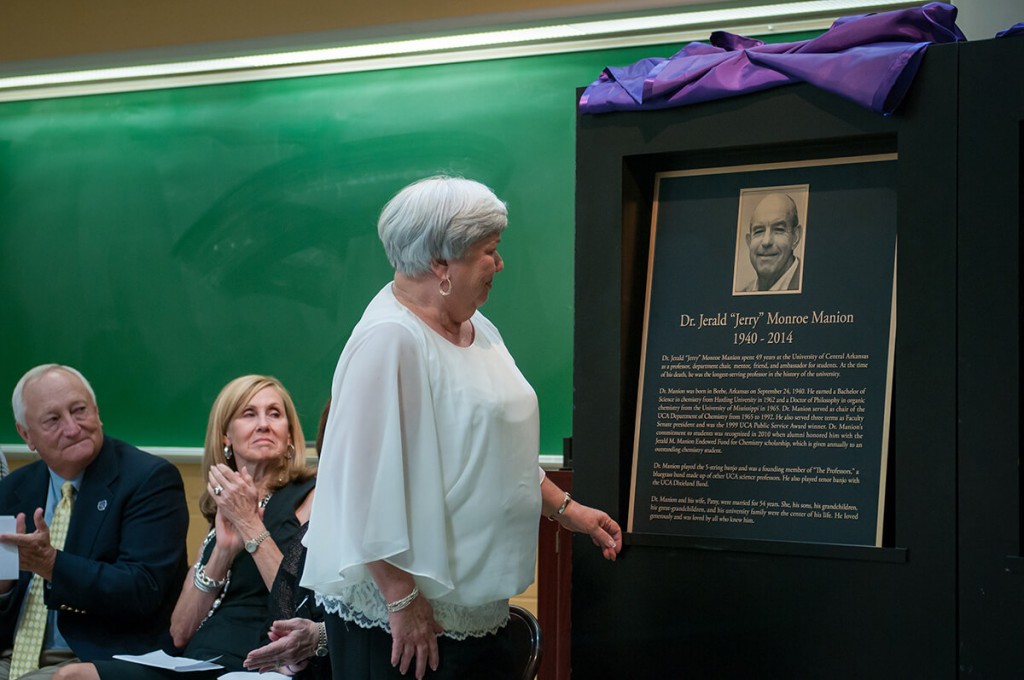