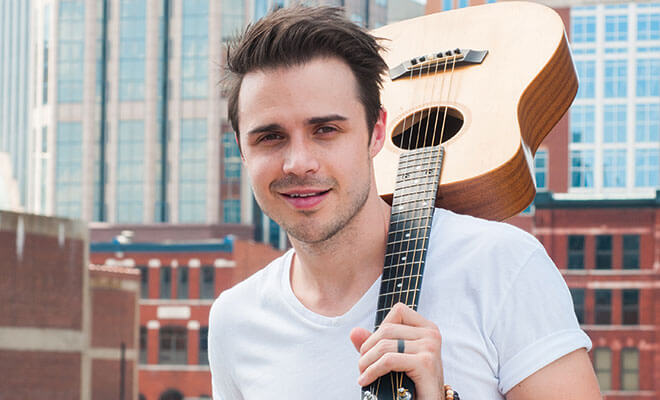 To some people, music is a spiritual experience, but to Kris Allen, Conway local and winner of the eighth season of the reality show “American Idol,” that’s putting it lightly. During his time as a student of the College of Business at UCA, Allen started out on a quest to find himself, not just intellectually and musically, but spiritually as well.

“At UCA, I figured out exactly who I was and who I wanted to be,” said Allen. “I got involved in missionary work there and that really shaped me more than anything. That wouldn’t have happened if I hadn’t have gone to UCA.”

But he didn’t stop there, and he soon found himself on an international journey as well. After his freshman year, Allen traveled to Spain, Thailand and Africa.

“In those trips, I found the core of who God is and who he is in relation to me,” Allen said. “I got involved in the campus ministry, Chi Alpha, and through that I got to see the world.” 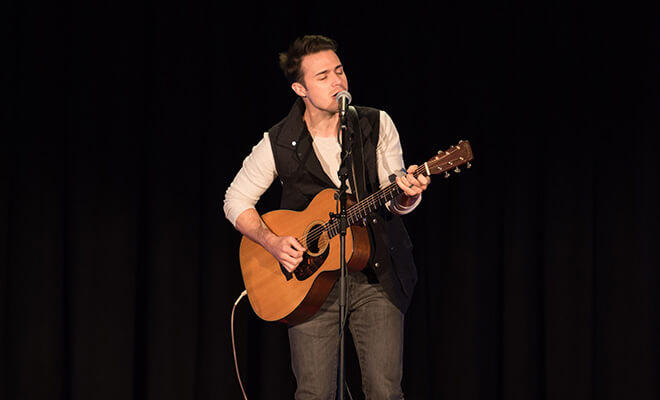 Allen had chosen UCA because the campus was so close to home, but much to his own surprise, he would become well-traveled a little more than a year later.

“My time at UCA was the biggest learning experience of my life,” Allen said. “UCA gave me a sense of self, and it was all really good.”

Allen was always musically inclined, playing viola as a child all the way into the Arkansas All-State Orchestra, as well as being a pianist and self-taught guitarist. In 2008, Allen tried out for “American Idol” with his brother, and “the rest is kind of history!” Allen won the reality singing competition and in 2009, he left UCA to pursue his music career.

That same year, Allen signed with Jive Records and released his self-titled debut album. Of the 12 tracks on his album, Allen wrote or co-wrote nine, and Allen’s cover of “Live Like We’re Dying” reached platinum status at more than $1.7 million in sales. The following February, Allen continued his spiritual journey when he used his newfound fame to travel with the United Nations Foundation to raise awareness about disaster relief efforts after an earthquake devastated the country of Haiti.

Upon his return, he performed a cover of The Beatles’ “Let It Be” on FOX’s “Idol Gives Back” campaign, a charitable not-for-profit foundation to raise money and awareness for those in need. The song was available to download via iTunes and all proceeds went to the United Nations Foundation’s relief efforts in Haiti, which reached a grand total of $250,000.

Allen’s journey had only just begun. While working on his third album, Allen made a trip to Nashville to visit his college buddy, Adam Hambrick, where he met a pretty important person.

“Adam introduced me to Charlie Peacock while I was in Nashville. I didn’t know who he was at the time,” Allen said. “Turns out he had produced records for the Civil Wars and for Switchfoot! I hit him up when I was in town, and he agreed immediately [to work with me], and I came here a lot after that.”

Nashville became like a second home to Allen, and soon he was writing with Peacock regularly and then recording an album.

“He coaxed me here and said I would thrive and be so happy in the music community in Nashville. He was so right,” said Allen. “I miss Arkansas, but it isn’t far. It has been so nice to be immersed in a community that cares about music and the people involved in it. Everyone looks out for each other. This record happened fast. Nashville is my fast track. It’s just amazing.”

Allen’s introduction into the music industry may have been more unique than most, but he is no stranger to hard work.

“There are a lot of talented people out there, and nobody makes it big in the music industry just on pure talent alone,” said Allen. “You have to work and work really hard. When I go on the road with people who have been doing this for much longer than I have, who are way better guitar players, way better singers, way better songwriters than I am, I just think, ‘Wow, how can I get to their level?’ And the answer is that it’s just hard work. The more you work at it the better you get.”

Allen’s hard work has certainly paid off, but he refuses to take all the credit for his success.

“My favorite songs come from somewhere else, and I have to think it’s God. The moment I try to write songs or write music, I feel like I just get in my own way,” said Allen. “With this last record I felt I was in a spot where I was dealing with writer’s block. I just decided to let go and talk to God, and I just started to listen and then the song just flowed out from that moment on. I think that this is the best record I’ve ever made.”

“Faster Shoes” is featured on Allen’s new album, “Letting You In,” which is available for download on iTunes. “This is one of my favorites from the new record,” Allen said. “This is a song about trying to run away from your problems. Maybe if we all had our own set of PF flyers, we would be invincible.”