Decades of discussion, site visits, meetings and planning have culminated into collective excitement as students begin to make memories and establish new traditions in Greek Village Phase II at the University of Central Arkansas.

“Phase II would not have happened without the vision and leadership of our Greek alumni, the Foundation Board of Directors, the Board of Trustees, and the work of Ronnie Williams and the Student Services staff,” said UCA President Houston Davis at ribbon-cutting ceremonies for each of the fraternity houses.

Ronnie Williams, the now-retired vice president for Student Services, is one of several advocates who made sure the project was top of mind for the university. Williams pointed out that students involved in Greek Life are leaders on the campus in service, philanthropy and academic achievement.

Situated on Donaghey and College avenues near the existing sorority houses that were completed in 2015, each two-story fraternity house is approximately 7,365 square feet with 11 bedrooms for 20 students, a chapter room, living and study rooms, a kitchen and other amenities specific to individual fraternities.

“Now that we have quality sorority and fraternity houses, I believe UCA will be much more attractive to those who are interested in Greek life,” said James Martindale, a UCA senior and president of Sigma Tau Gamma. “Having the houses all in one area gives us a sense of community as a system of Greek organizations.” 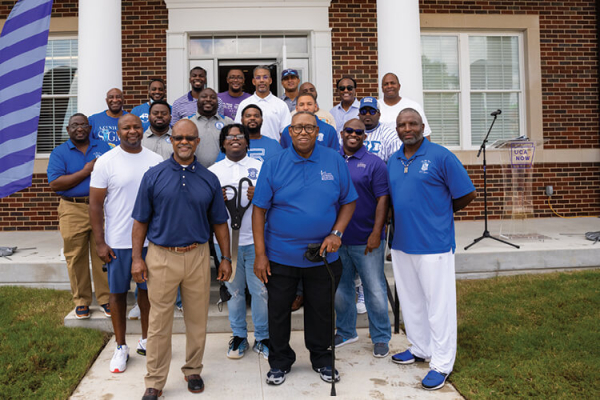 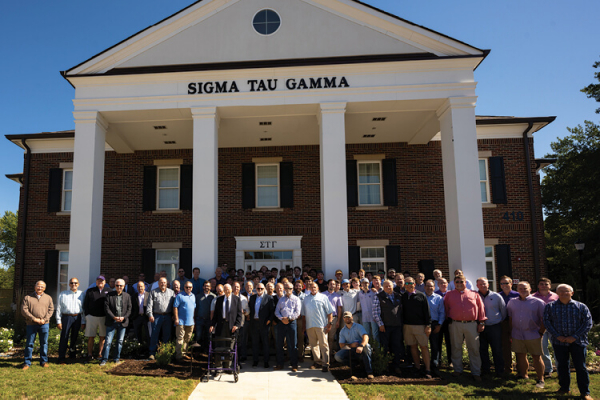 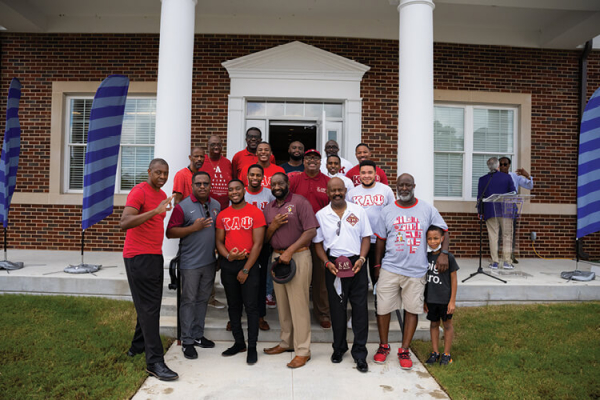 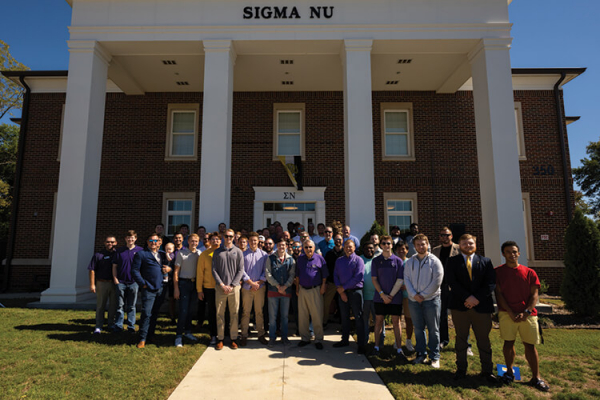 The buildings in Phase II opened last year, but because of COVID-19 distancing restrictions, official celebrations were muted. Still, the excitement was there for those residents who were able to move in and start a new era of Greek life at UCA. Davis led official ribbon cuttings in fall 2021.

Adam Rose ’06 served on the board for Sigma Nu House Corporation during the fundraising campaign for Phase II, as well as chair of the Sigma Nu campaign committee to raise money for the project. He hopes the Greek Village will become a central meeting place for student leaders.

“A strong and vibrant Greek community is such a great addition to our campus community,” said Rose. “The Greek Village will only increase that presence. Our students will have a collaborative environment to grow and learn how to be leaders in a diverse community. I know what a positive impact the Greek community had on my life, and I hope the Greek Village will prepare the way for many more students to have those same opportunities.”

Pat Moon ’84, a Sigma Tau Gamma alumnus, serves on the fraternity’s Chain of Honor committee. He says the village adds value to the campus experience as it allows them to learn, grow together and build lifelong friendships. It is also well-documented that these relationships can contribute to mental and emotional health.

“It’s healthy to be a part of a group with a meaningful purpose. We develop relationships that make us feel connected, which contributes to our well-being,” he said.

The UCA Greek Village project was in the works for nearly two decades before its completion. Student leadership, administrators and the Student Government Association began discussions in 2004. Between 2005 and 2011 several students went to other universities to view their Greek housing.

Haley Fowler ’06, of the Alpha Sigma Tau sorority, was among a group of students in 2005 who went before university leadership advocating for a dedicated Greek community. Today, as senior director of annual giving, Fowler has continued to work to make the Greek Village a reality. She arranged for each of the fraternities to establish fundraising committees which were effective in drumming up support from alumni for the project.

“It would not have been possible without them,” Fowler said. Private donor support for the project totaled more than $1.4 million from more than 700 donors. 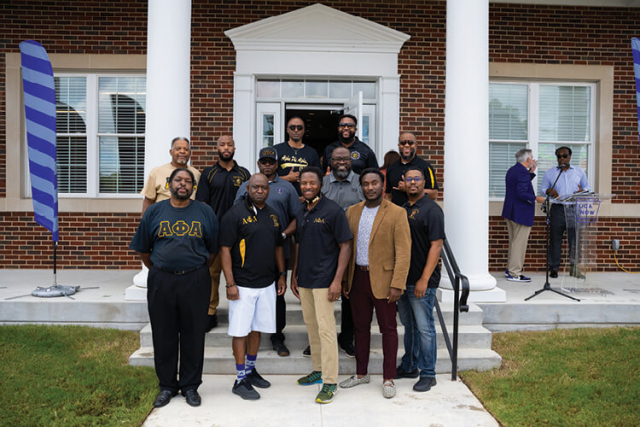 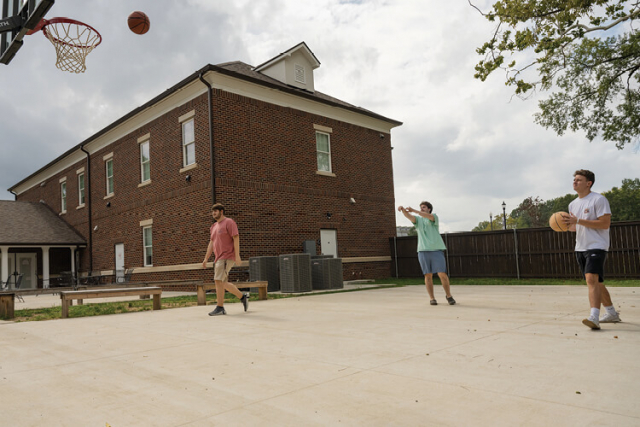 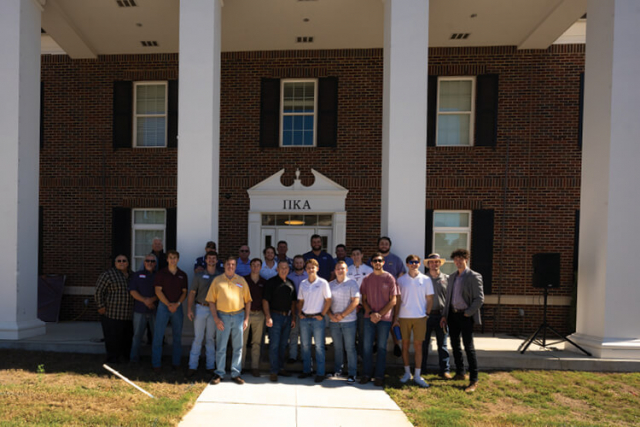 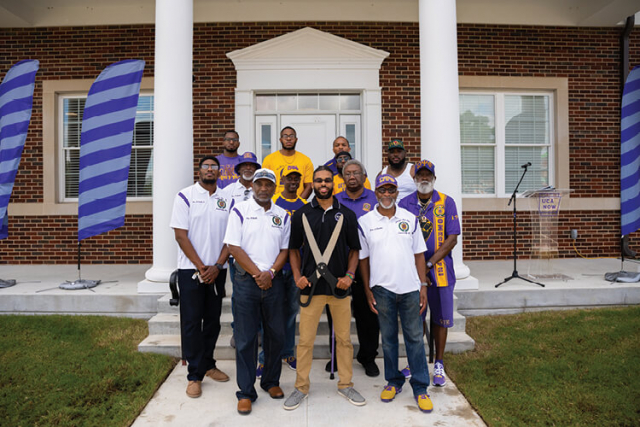 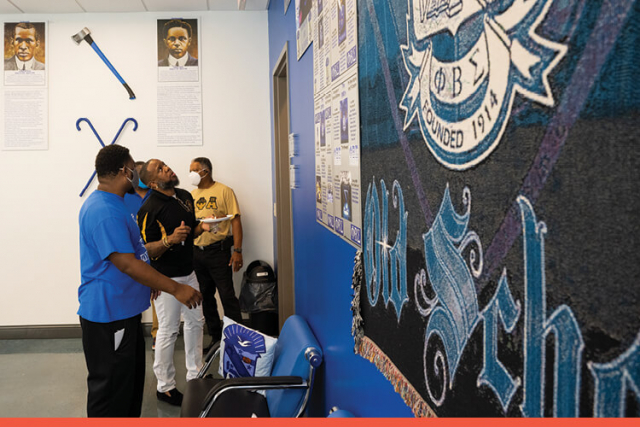 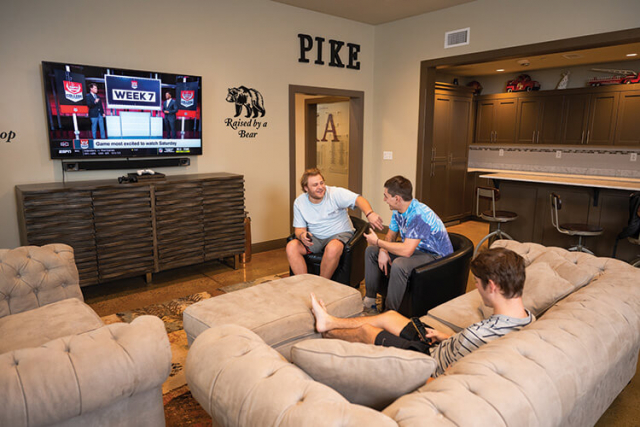 John Tate ’90, an alumni advisor of Pi Kappa Alpha, presented Fowler with an acrylic trophy engraved with a message of gratitude for her “hard work, enthusiasm and tireless commitment to making the Pike House a reality.”

NPHC fraternities have different membership recruitment and intake processes than the IFC, often making them too small to accommodate a Greek residence. The university made special efforts to include NPHC organizations in Greek Village. The NPHC Fraternity Complex includes a chapter room for each of the four fraternities in approximately 4,730 square feet. The building is used for meetings, stroll practice and socializing.

Trey Miller, a junior business administration major, is the NPHC president and a member of the Beta Delta Chapter of Omega Psi Phi. To Miller, Greek village is about legacy and being a part of something that will continue past his time on the campus. Even before he enrolled, UCA was like a second home to the Slidell, Louisiana native. His alumni parents met as students, and he has a lot of family that chose UCA for their education, including his older brother who donated to the complex.

“I understand we’re a part of history,” Miller said. “My goal is to leave a mark when I graduate, to start something that continues long after we’re gone. We can set a new standard for our chapters.”

While the four NPHC fraternities each have their own rooms in the complex, Miller says his favorite part is the hallway because it fosters a feeling of camaraderie between the groups. The fraternities previously had spaces on separate floors in Arkansas Hall, but this building creates more opportunities for conversation and collaboration for campus events like the Stroll-Off and Music on the Yard at the campus amphitheater.

“We’re all about showing Greek unity,” Miller said. “I enjoy bumping into someone from one of the other fraternities in the hallway. We often come together to plan community and campus programs. I really love this building.”

The Greek System has had a big impact on the UCA campus for more than 100 years. Campus leadership, alumni and students are all in agreement that the completion of this project shows how much can be accomplished by joining together for a common cause.