The world marked the 60th anniversary of the desegregation of Little Rock Central High School in September 2017, and the University of Central Arkansas was a major part of the historic commemoration.

“Most of the highest profile events were tied directly to the College of Fine Arts and Communication through the dean’s office, college faculty and staff, and college programs or affiliates,” said Terry Wright, dean of the college, or CFAC.

The most notable project was “Imagine If Buildings Could Talk: Mapping the History of Little Rock Central High School,” which was the vision of Dr. Gayle Seymour, associate dean of CFAC, and Jennifer Deering, grant writer for UCA’s Sponsored Programs. In addition to the 60th anniversary of the desegregation, the project marked the 90th anniversary of the historic building.

The project included a nine-minute 3-D mapped video by UCA film professor Dr. Scott Meador being projected onto the school’s front facade every 15 minutes the evenings of Sept. 23-24. Dr. Blake Tyson, professor of percussion, composed “The Surface of the Sky” for six percussionists performing on three marimbas, two vibraphones and one glockenspiel that was broadcast with the video performance. 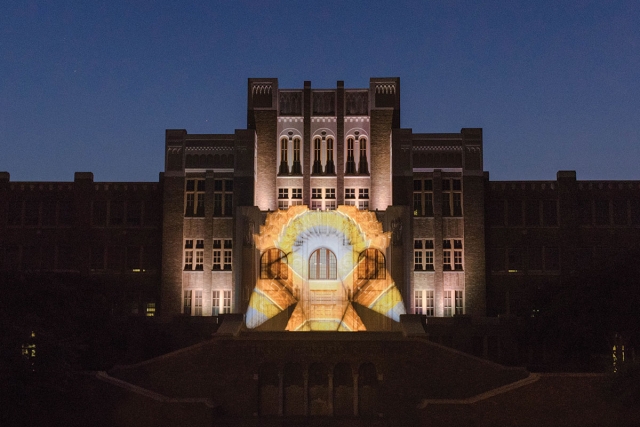 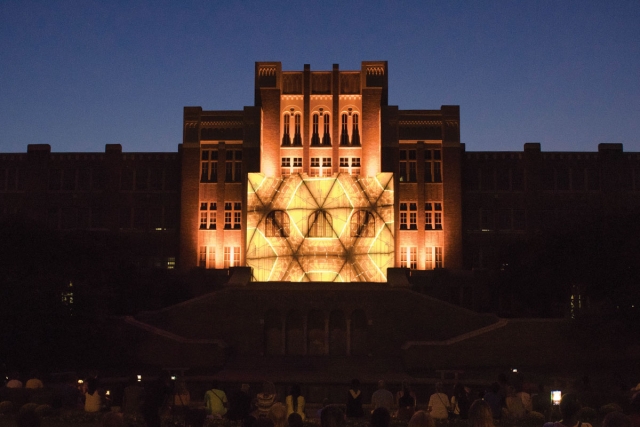 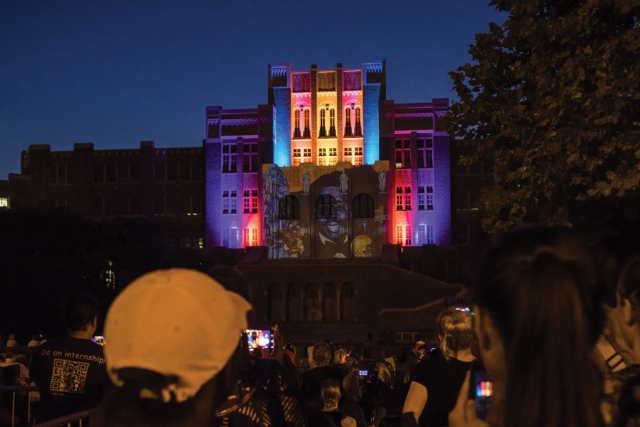 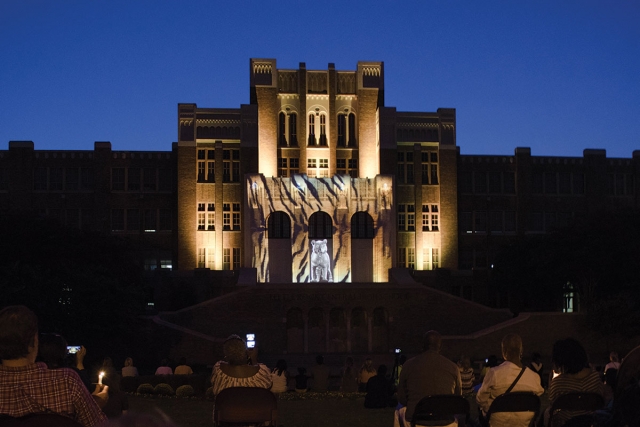 Looking back, Seymour said the mapping video project was the commemoration event that stood out most to her.

“Unlike any other seen in Arkansas, it immersed the public in a complete audio/visual experience, and like the intensity of live theater, experiencing it with hundreds of people made it truly a once-in-a-lifetime experience,” she said. “My hope is that the projection enhanced the public’s awareness of the epic history of Central High and perhaps inspired them to seek solutions for an equitable future.”

The video is available online at uca.edu/cfac/central60. 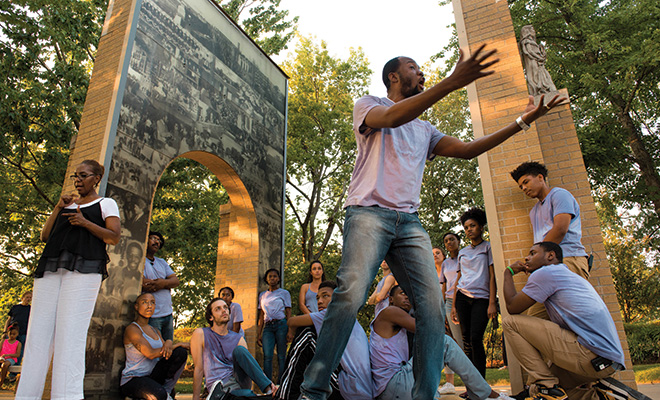 The idea of UCA supporting the 60-year commemoration originated in 2011 when Dr. Rollin Potter, former dean of CFAC, dreamed up the idea of commissioning an opera honoring the Little Rock Nine’s desegregation of Central High. He had worked with UCA journalism faculty who had produced (with UCA alumnus Kevin Clark ’98) documentary films on the history of the Arkansas Gazette, which included prominent coverage of the 1957 desegregation.

Six years later, an excerpt of a scene of the opera “The Little Rock Nine,” composed by Tania León with libretto by Dr. Thulani Davis, was a part of “An Evening with Henry Louis Gates Jr. and Tania León: Turning History into Art” at Reynolds Performance Hall on Sept. 25 — 60 years to the day that the Little Rock Nine, under the protection of the 101st Airborne Division, entered the school.

Gates, the Harvard professor and host of the PBS program “Finding Your Roots” and the opera’s historical consultant, was a UCA distinguished lecturer. León, a highly regarded composer and conductor born in Cuba, was part of CFAC’s Artist-in-Residence program.

The opera is expected to be completed by summer 2018.

“The festivities and remembrances for the 60th anniversary of Central High School’s desegregation confirmed the importance of what was accomplished in 1957,” Potter said. “Since then, America’s civil rights agendas have moved forward aggressively and have also been met with resistance. Our opera will revisit this segment of our history and underscore our needs going forward.”

“From what we heard at Reynolds Performance Hall, the opera will be a challenging work capable of capturing our deepest emotions and yet point us to a better future,” Potter said.

The evening, the culmination of three days of UCA-related LRCHS60 events, also included lectures by Gates and León, as well as a moderated discussion and audience Q&A.

The performance and series of events even brought Michael Cooper of The New York Times to Arkansas. His story, including Trickey’s review — “I was crying” — ran on the front page of the Style section a few days later.

Grant funding for the commemorative activities came from the National Endowment for the Arts, the National Park Service, Mid-America Arts Alliance and the Arkansas Arts Council.

“In short, CFAC’s influence brought into being many of the LRCHS60’s seminal presentations,” Wright said. 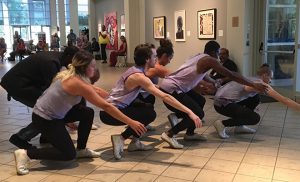 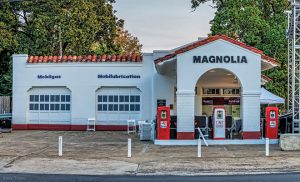 Oxford American Jazz Concert
The “No Tears Suite” is a large-ensemble jazz composition inspired “Warriors Don’t Cry,” a memoir by Melba Pattillo Beals, and written in honor of unity for the 60th anniversary of the desegregation crisis. Little Rock composer and jazz pianist Chris Parker wrote the composition. 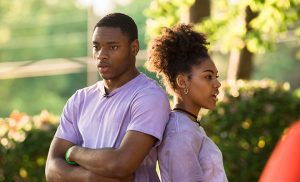 “Civil Twilight: Reflections on Fear, Courage, and Resilience”
CORE Performance Co.’s “Civil Twilight,” in collaboration with various spoken-word artists, gave voice to the stories of fear, courage and resilience that continue to resonate today as an extension of the Little Rock Nine story – conveyed through movement, theater and spoken word. 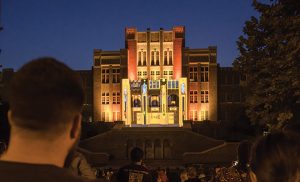 “Imagine If Buildings Could Talk”
This featured a 3-D mapped video projection by Dr. Scott Meador with a soundtrack by
Dr. Blake Tyson.

Community Story Circle
CORE Performance Co. facilitated a Story Circle inspired by the events of 1957, when nine courageous teenagers dared to desegregate Central High School despite the climate of fear. Participants were invited to tell their stories of fear, courage and resilience.

Turning History Into Art
A scene from “The Little Rock Nine”opera and discussion with Henry Louis Gates Jr. and
Tania León.