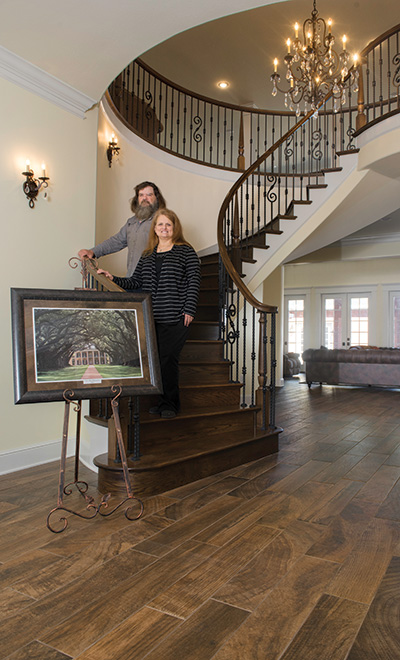 Billy Wilchman ’91, ’01 has a passion for helping others.

When he graduated from Wonderview High School in Hattieville in 1980, he had no idea what he wanted to do.

Although agriculture had always been a part of his life, Wilchman decided to join the Arkansas Army National Guard. That decision led him to the University of Central Arkansas and a career in nursing.

“Nobody in my family had ever been in the Army,” said Wilchman, who recently moved with his wife, Charlotte, from their Conway County home in Cleveland to their newly built antebellum-style home near Blackwell. “I just felt like it was the right thing for me to do at the time. It gave me the opportunity to serve my country and to farm at the same time. I just wanted to do my part.”

Once in the National Guard, Wilchman was able to attend officer’s school.

“I was in the last class that did not require any college in order to attend officer’s school,” he said. “The National Guard offered to pay for me to go college, and I took them up on that offer. I had completed some temporary duty assignments and met some young officers and asked them what they did. They said, ‘We’re nurses.'”

He then decided to pursue nursing and enroll at UCA. He graduated with a bachelor’s degree in nursing in 1991.

“I can’t say enough good things about the program,” he said. “I was as green as they come. The faculty never looked down on me. … They made me feel like I could be somebody.”

He was a member of the Arkansas National Guard from 1980-91, serving as a medic. He provided humanitarian service work as a nurse from 1991-92 in Central America.

Wilchman went on to earn his master’s degree in nursing from UCA in 2001, as well as his nurse practitioner’s license. For more than 20 years, he spent his weekdays on the farm and served as a nurse on the weekends.

“UCA prepared me well for a career in nursing,” he said. “I worked in medical centers, long-term facilities and even in emergency room care.”

All the while, Wilchman continued to farm, raising mainly cattle and poultry. He bought a 200-acre pecan farm near Blackwell and harvested the first crop in 2006. Today, the Wilchmans have 5,000 pecan trees on their farm, which they call Paw Paw’s Pecans.

The pecan orchard is also the site of their newest venture, The Charlotte Teresa Bed and Breakfast. The home’s exterior is designed after Oak Valley, a Louisiana-based Civil War plantation, while the inside is suited to the Wilchmans’ needs. Located between Russellville and Conway and near Petit Jean Mountain, the bed-and-breakfast is a site the Wilchmans hope will draw a variety of guests.

“I look outside at the pecan trees on one side and Petit Jean Mountain on the other. All I see is potential,” Wilchman said. “This is what I want to do — doing my part again to make a difference in the world.” 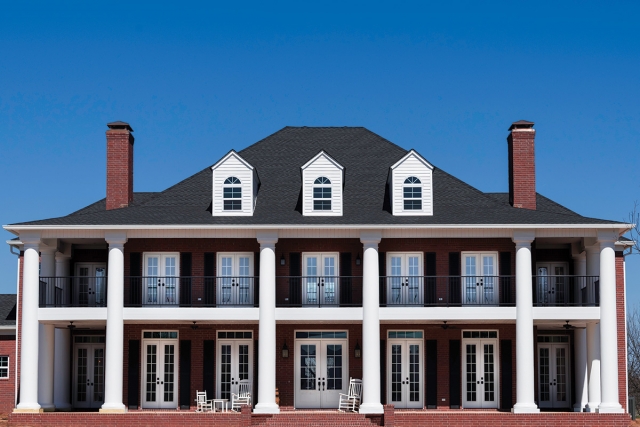 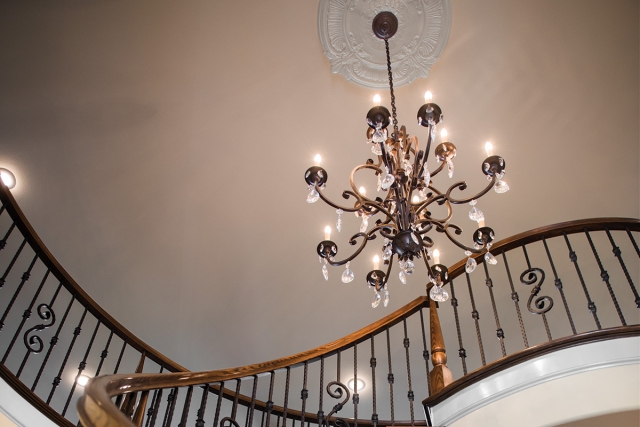 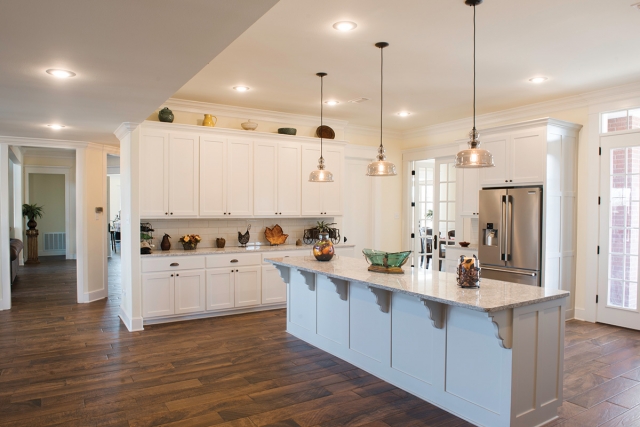 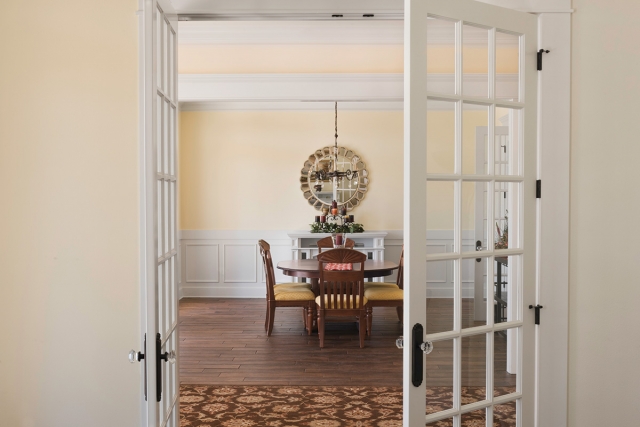 Billy ’91, ’01 and Charlotte Wilchman constructed their home with the Old South in mind. The approximate 13,000-square-foot manor is their personal residence, as well as a bed-and-breakfast and wedding and event venue. The couple visited antebellum homes across the southern region and decided to replicate the façade of Oak Alley Plantation in Vacherie, Louisiana, with six columns welcoming visitors to their front door. Inside, the home is designed to be cozy and homey with a few period pieces like a rocking chair that has been in the family for three generations. The ornately designed staircase was structured to serve as a focal point for bridal photos, family reunions or other events. Sitting among 5,000 pecan trees, the home has six bedrooms, 10 bathrooms, a dining room, a commercial grade kitchen, and several indoor and outdoor living spaces for a variety of events. Four bedrooms with private bathrooms and balcony access for majestic views of Petit Jean Mountain can be reserved for lodging. The Wilchmans plan to open later in the year but have already scheduled weddings for May, June and October.