M Shelly Conner has the makings of an agricultural dream. With her wife, Tiffany, she operates a 15-acre homestead in Cabot with plans to grow their own food supply and be self-sufficient.

Much of the Conner Homestead today is in the early stages. Some crops like tomatoes, onions and red potatoes are already in the ground, and the Conners support others year-round in hydroponics. But certainly, more is to be done. The land is more pasture than farmland, with grasses unfit to grow anything and destined for mulching. Fruit trees are planted but will take years to produce food. As Conner would say, everything is harder on the front end so that it’s easier in later years.

The Conners didn’t always plan to be homesteaders, so everything they do is a learning process. As Chicago natives, their expectations of becoming homeowners meant buying a three-unit building that’s typical to the area. Primarily, they wanted to build generational wealth — something to pass on to their children. Then something sparked a change in their mindset: they began questioning their community’s food safety.

“It’s not even about vegetables and well-balanced meals,” she said. “Our grocery store was in question with a lot of contamination over the years.”

On one defining trip, they found the entire lettuce aisle recalled due to an outbreak of a harmful infection at a farm. The Conners then attempted to take control of the food they consumed; they had a small garden at their Chicago home, but a harvest only supplemented part of a week’s worth of groceries. They strived for self-sufficiency and only needed the opportunity and physical space to produce their own food.

In 2018, the couple moved to the South after Conner accepted a position at the University of Central Arkansas. Conner, who has a doctorate in English, is an assistant professor of creative writing in the College of Arts, Humanities, and Social Sciences. She had spent summers at her grandmother’s home in Memphis and was familiar with the Southern climate. She believed warmer weather would facilitate a homesteading lifestyle.

Relocating to Arkansas represented something personal for the Conners, who moved to find safety and self-sustainability like many African Americans who are leaving northern urban centers for the South. Conner points to this demographic shift as the opposite of the Great Migration, when millions of African Americans moved to northern states between 1916 and 1970 to escape meager income mobility and racism.

“You have this reverse immigration happening,” she said. “Now, back to the South, generations later, Black families are often moving for the same reasons our parents and grandparents moved to the North.”

Once they arrived, they spent a couple of years in a rental house learning about the state. They researched properties, desiring to be near a diverse community like Little Rock and in close proximity to UCA.

In December 2020, they moved into their homestead, which included a turn-key house that needed only minor decorative changes. They call it their forever home because it has everything they need, including a salt-water pool that allowed Conner to finally learn how to swim (a recent priority for her).

“Sometimes we call it Conner Homestead and Spa,” she said.

Standing on the house’s rear deck, the beauty of Conner Homestead is undeniable, with extensive views of space destined for plants. A red workshop, with its gable roof and wide awning, is reminiscent of a barn. A tree line stands in the distance, where Conner goes to forage plants. During one excursion, she found a sassafras plant which is the main ingredient to root beer and an important seasoning for Creole cuisine. 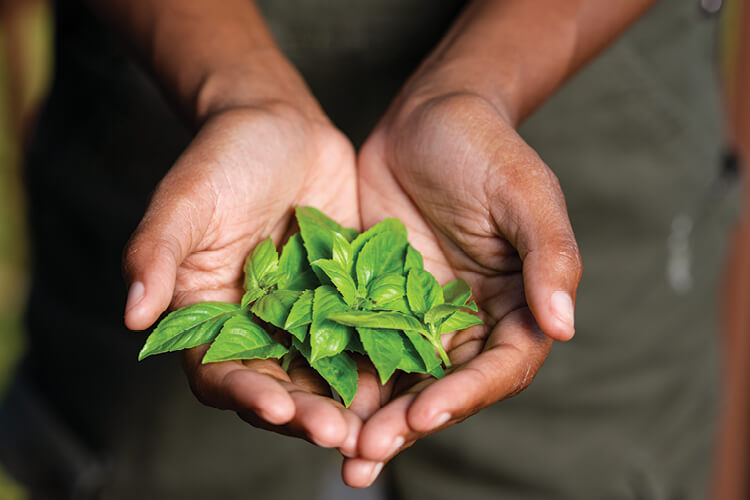 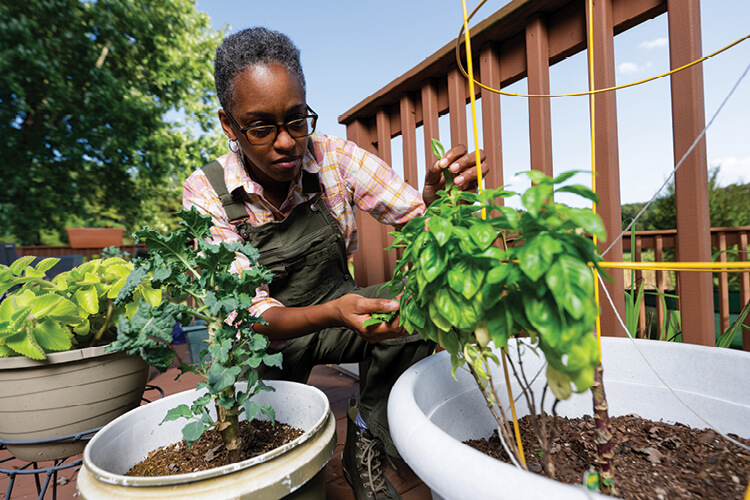 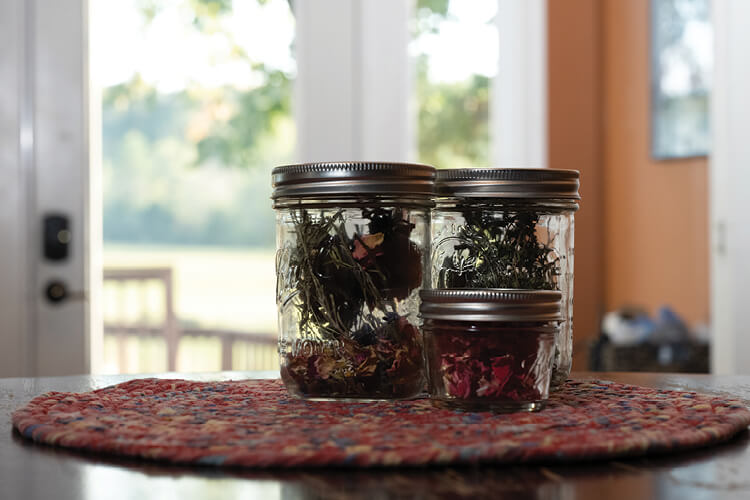 Compared to the early homesteaders from the 1860s, learning new skills is much simpler thanks to YouTube. Conner has experimented with woodworking, becoming comfortable with tools and even skilled enough to construct chairs for their deck. She and her wife browse other homesteaders on YouTube daily, expanding their knowledge to add to their own home.

Homesteading is painstaking work. On any given day, Conner hops on a zero-turn mower — wearing a mask and goggles to combat the South’s long, harsh allergy season — and gets to work. She continues to cut down the pasture, mulching season after season until the pasture disappears to make room for future planting. She realizes the practice of doing something contrary to having a conventionally beautiful lawn seems strange to some. With a smile, she thinks of her uncle’s visit from Memphis soon after they moved to Conner Homestead. He had offered advice on how to transform the land into a lush lawn.

“I told him that I’m purposely doing everything short of poisoning it,” she said. “At the moment, it feels like a chore. It’s not producing anything; it’s not giving us food.”

Everything on the homestead promotes sustainability. Soon after moving in, they installed solar panels on the house, which provides much of their energy. Bass and catfish will soon fill a large pond on the property, serving as another food source. A well onsite will irrigate crops. And thanks to Conner’s newfound handiwork skills, she’s restoring a chicken coop on the property for eggs.

“When everything is ready, 80 to 90 percent of our food will come from Conner Homestead,” she predicted.

A sense of community feels especially meaningful to the Conners, who envision their homestead as a safe space. They picture tiny homes nestled in the acres of woodlands that Black writers and artists can use as a retreat and to connect with nature. With their dog, Whiskey, in tow, Tiffany Conner walks the area and maps out future trails.

While reforestation takes time, the Conners are utilizing government resources that provide technical assistance and support environmental efforts. They received aid from the Natural Resources Conservation Service, an agency within the United States Department of Agriculture, which is covering 90 percent of the reforestation costs.

Eventually, the Conners also plan to host workshops for other homesteaders and share what they have learned. “I want to build an all-around holistic experience,” Conner said.