16 Straight Semesters With At Least a 3.0 GPA 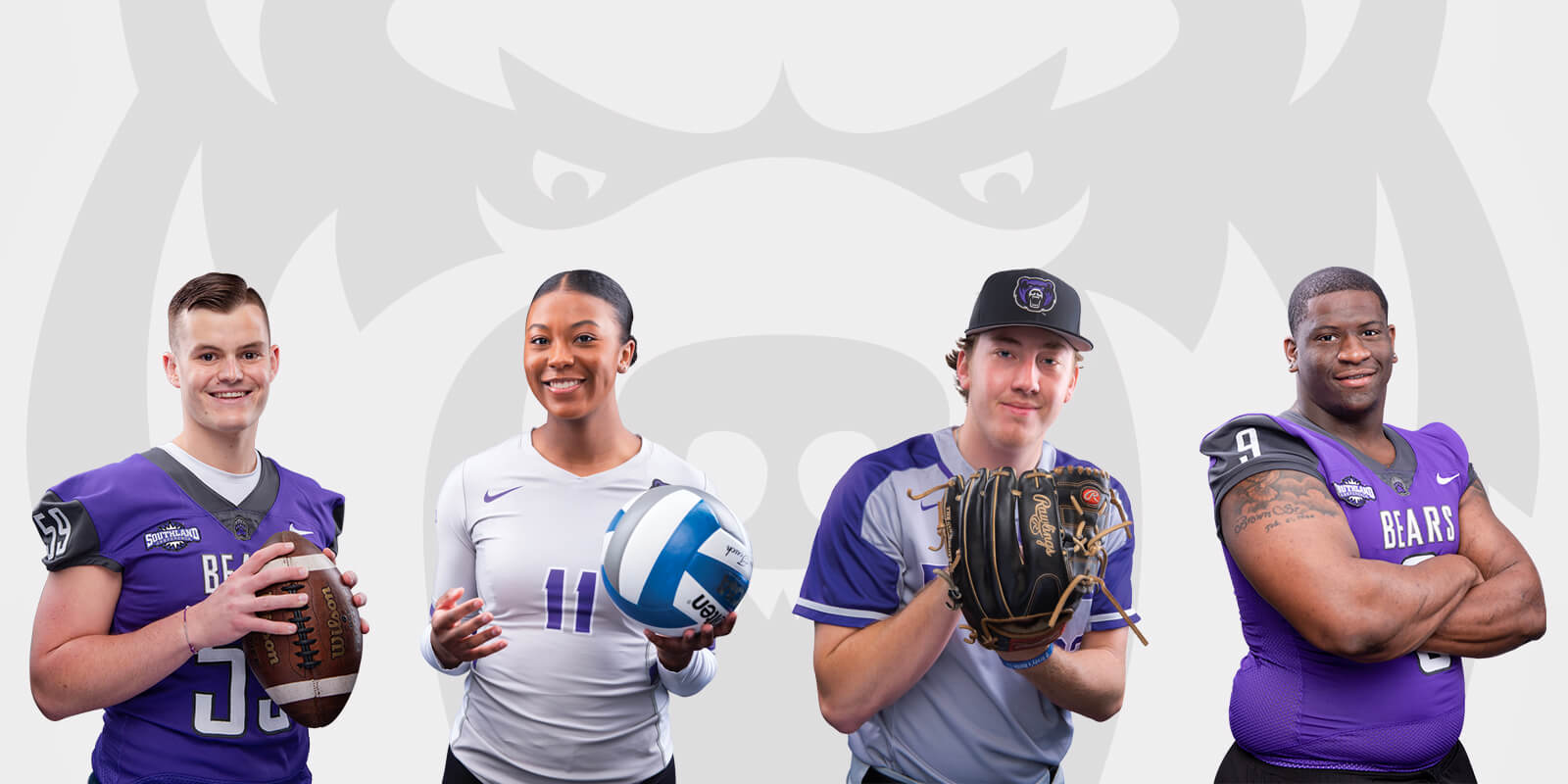 More than 450 student-athletes representing 18 sports finished the fall 2020 semester with a cumulative GPA of 3.16. This marks the 16th consecutive semester that UCA’s student-athletes have maintained a GPA above 3.0.

Sixteen of the 18 sports had a cumulative GPA of at least 3.0.

“We are proud of our accomplishments in the classroom,” Athletic Director Brad Teague said. “The UCA coaches have developed a culture here of recruiting quality students. Their emphasis on developing the whole student has made us a great program.”

Teague attributes the success of UCA’s athletes to a variety of sources. “In addition to our coaches, credit must be given to our academic advising staff and the great faculty at UCA.”

Will Siler ’21, a football deep snapper from Searcy, held a 4.0 GPA in biology/pre-medicine and has been accepted to the University of Arkansas for Medical Sciences.

“Maintaining success in the classroom as well as on the field is something that required lots of dedication, and seeing it come to fruition in the form of being accepted into medical school has been one of the most rewarding experiences in my life,” Siler said. “My teammates and coaches have been some of my biggest fans throughout the entire process, which made it all the more worth it!

“Juggling football and school has definitely been a challenge, but UCA provides every resource that an athlete needs in order to succeed. The athletic advising staff makes a point to help student-athletes through every academic challenge.”

Individual focus and time management to balance their dual demands are common themes mentioned by several of the academic stars as keys to their success.

“A practice schedule made it easy to plan my day around,” said Logan Gilbertson, a junior baseball pitcher from Cabot who boasted a 4.0 for his master’s in health education. “As long as you get ahead of your work, then you can be effective in the classroom and on the field.”

Gilbertson said playing baseball made his experience at UCA more meaningful and impactful.

“It is even better that I am getting my education while playing the game that I love,” he said. “It is better to do what you love because you never know when it will be taken away from you.”

Ravin Rhodes, a junior middle blocker on the volleyball team from Los Angeles, said at times athletics required more of her attention, and at other times academics did. She sports a 3.44 as an exercise science major.

“Finding success on and off the court is one of the greatest feelings as a student-athlete,” Rhodes said. “All the nights spent in the library, the time getting extra reps in the gym and the early mornings getting up for weights to study right after pay off when you get to see the physical results.”

She said she especially appreciated using her platform and voice as a student-athlete to share important messages.

“I believe this is one of the most important takeaways from my experience and I will cherish it forever,” she said.

A’Javius Brown ’21, a defensive lineman from Jackson, Mississippi, agreed. Brown held a 3.46 GPA in applied science with an emphasis in pre-dentistry. He will return for one more season of football as he pursues post-baccalaureate studies in hopes of bolstering his chances of acceptance to dental school.

Until receiving the offer from the Bears, Brown said he had had no plans to attend college on an athletic scholarship.

“I’ve always been academically inclined, but of course, college brought its own difficulties,” he said. “Since day one, I’ve faced numerous obstacles — being an African American kid at a predominantly white institution, 4.5 hours away from home and starting a life on my own for the very first time at the age of 18 seemed to be the perfect recipe for disaster — but God saw otherwise.”

He said once he experienced the rigorous coursework and hectic schedule of a UCA athlete, he had to develop a routine that included studying and completing assignments on travel and game days.

When the COVID-19 pandemic caused the transition to online classes in March 2020, Brown, like many other students, was further tested.

“Teaching yourself Organic Chemistry II is no fun,” Brown said. “However, I went back to my roots — created a study plan, watched videos and joined several outside discussions with classmates. It hasn’t been easy, but it’s all been worth it.

“I wouldn’t trade this institution, its coaches, staff, faculty and my experience for anything in the world,” he said. “I’ve made lifelong friends, even found a family member, won conference championships and gained accolades both on and off the field.

“It’s been a journey that I’m not quite sure I’m ready to end. UCA is home, an important piece of who I am and always will be. Thank you forever, and as always, Go Bears!”