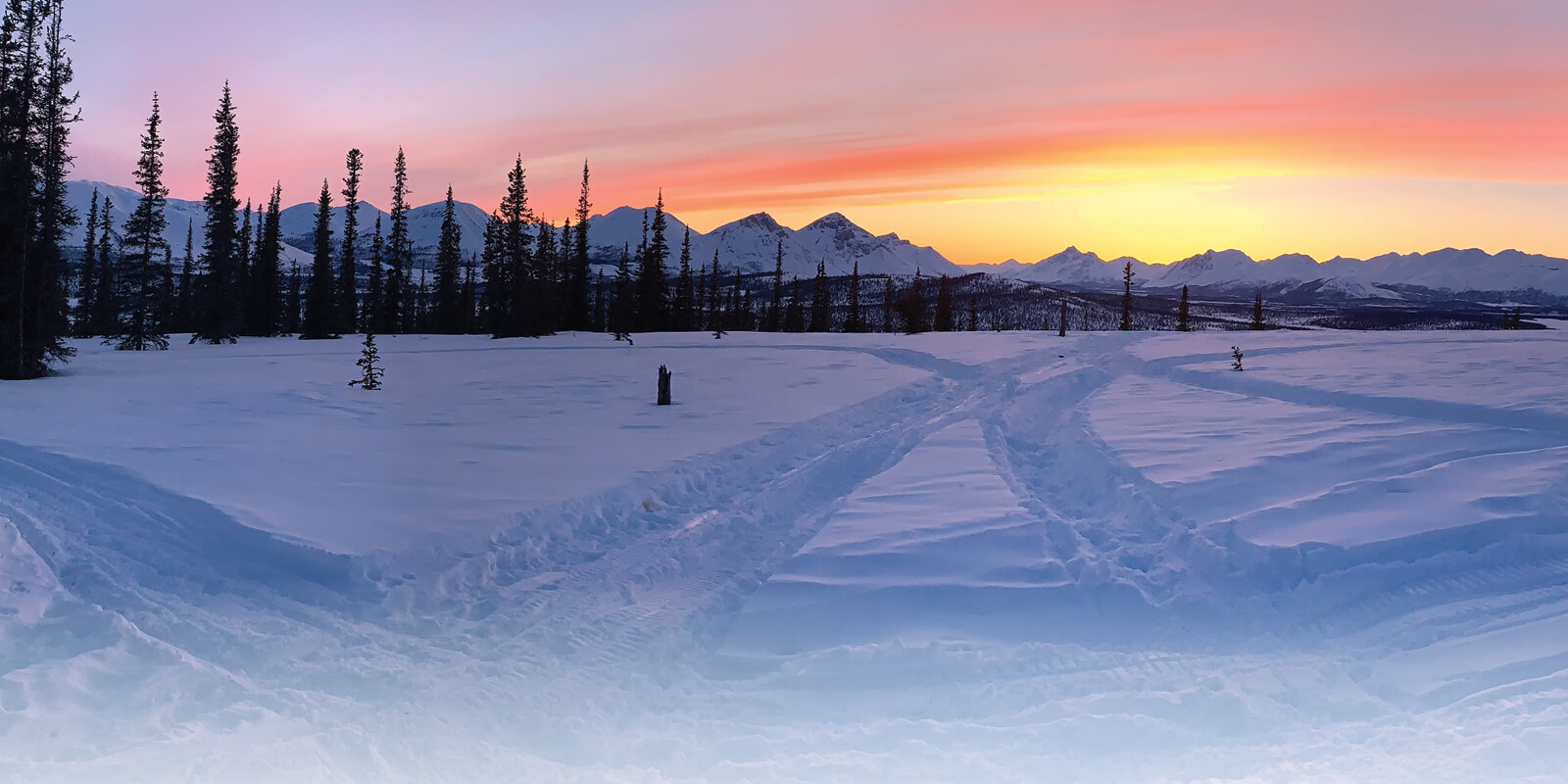 In 2015, Kristine Beard ’13 from Morrilton, Arkansas, was boarding a tiny puddle jumper plane in Bethel, Alaska, a hub for travelers flying to and from the most remote regions of Alaska’s Yukon Delta.

“You’re new, aren’t you?” the pilot asked. She nodded. “You know what? You get to be copilot today.”

That’s how Beard found herself in the copilot’s seat on the smallest airplane she’d ever been in, hurtling toward the city of Kotlik, where her first assignment as a remote speech-language pathologist in rural Alaska awaited.

“Here I am, first time ever in a small plane, and I get to be copilot,” she said. “It’s a lot of tundra, flat as a pancake. You can see straight into tomorrow—it’s astounding.”

Beard says the beauty is indescribable. It is also the most remote place she has ever traveled.

“There are no hotels; it’s literally a village,” she said. “They don’t have Wi-Fi in their homes. Things aren’t reliable—internet, planes, nothing. A lot of times villages won’t have potable water. It’s one of the few places that you can actually still live off the land.”

Beard always knew her career would not be typical. After she graduated from the University of Central Arkansas’ College of Health and Behavioral Sciences with a master of science in communication sciences and disorders, she completed a clinical fellowship at Kidsource Therapy. When she learned about itinerant positions in rural Alaska in 2015, she immediately applied and landed a gig with two remote villages in the Yukon region.

“The culture I started working with is the Yupik,” she said. “They are hospitable, and their language is stunningly beautiful. They were very welcoming, and I was just hooked.”

That trip inspired Beard to start her own company, Breaking Barriers. Today Breaking Barriers provides speech therapy services for three remote school districts in Alaska. Beard works with students in the Gwich’in Athabascan, Yupik, Inuit and Cupik cultures. When she’s visiting their remote villages, she camps out wherever she can including schools, waiting rooms and even closets.

“I call it classroom camping,” she said. “You pack your toiletries, sleeping bag, cot. I always pack my food because the food there is very limited. You always pack a water filter because some places still don’t have drinkable water. I remember a village just a few years ago where even their clinic didn’t have running water.”

In a remote location such as rural Kotlik, getting consistent educational services like speech-language pathology can be tough.

“It’s very important to empower the communities and natives that work there in the school,” Beard said.

For example, one student she works with has cochlear implants, which require batteries. A visit to the nearest hospital requires a plane ride, and the region’s unforgiving weather can make it difficult to get replacement batteries or see an audiologist.

“The whole team came together — the paraprofessionals, the teachers, the parents, and we’re getting peers involved as well — and that student is just thriving,” Beard said. “It’s cliché, but it’s so true that it takes a village. There’s a transdisciplinary aspect to it, and we know skills are not going to develop optimally unless we work as a team.”

Beard said UCA’s communication sciences and disorders program gave her exposure to a broad spectrum of disorders and delays. That variety helps her think on her feet when she’s working with her patients.

“UCA really prepared me for cultural differences,” she said. “Knowing the difference between a dialectical difference and a disorder is really important. For example, a kid may not know English because they only speak Yupik at home, and that’s not a disorder. Properly identifying students’ needs and having cultural sensitivity is key.”

The depth of knowledge she gained from the graduate program helped Beard when she jumped from her clinical fellowship to owning her own business.

“UCA gave me such a good foundation that, even though it was scary, made the transition easy for me,” Beard said. “The professors were amazing. I felt like UCA provided all the tools I needed to be successful in starting my own business.”

Eight years in, Beard still gets a thrill from traveling to Alaska’s most remote locales. She said she doesn’t plan to stop any time soon.

“Any time you work in a rural area, there are going to be some challenges,” she said. “The kids and communities trump everything. The students are near and dear to my heart. It’s just where I’m meant to be. I can’t go back to ‘normal.’ This is my life now.”