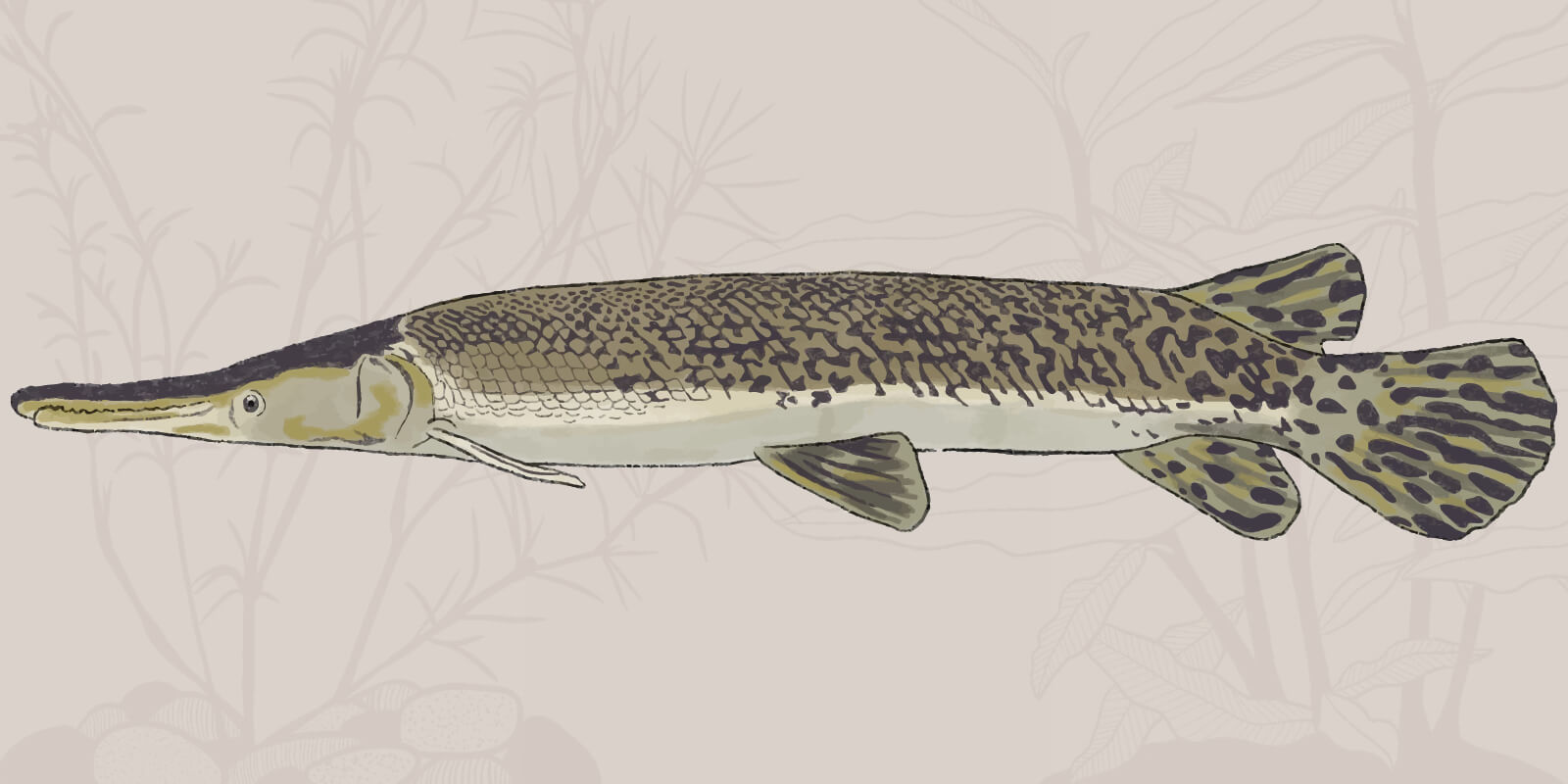 Professor Robert Mauldin has fond memories of fishing with his father and grandfather as a child. “Arkansas is like heaven if you’re a fisherman,” Mauldin said. “There are rivers and lakes everywhere.”

His love for the sport led to a passion for the environment and an interest in analyzing environmental samples for metal content using a method known as atomic spectroscopy. Mauldin came to the University of Central Arkansas in 2009 as professor and chair in the Department of Chemistry. In 2014, he turned his focus to full-time professor.

About nine years ago, a group of Mauldin’s friends, Mark Spitzer, Ben Damgaard ’91 and Scott Lewis ’15, introduced Mauldin to fishing for gar, one of Arkansas’ largest fish species.

“When I caught my first big gar, I was hooked. Pardon the pun,” Mauldin said. He once caught an alligator gar that weighed 80 lbs.

As he continued gar fishing, Mauldin became fascinated with learning more about the species. Gar lived among the dinosaurs and have existed on Earth for 100 million years. However, their population has dwindled due to flood control projects that changed their habitat and to fishermen killing them in an effort to stop them from eating more valuable sport fish. The Arkansas Game and Fish Commission has recently intensified its efforts to conserve the species.

“Gar are considered ‘trash fish’ and hated by many fishermen. But they are important components of a healthy ecosystem because they prevent overpopulation by other fish species,” Mauldin said. His latest research project uses atomic absorption spectroscopy – a technique particularly useful for studying metal pollution in natural samples – to analyze the presence of mercury, cadmium and lead in longnose and alligator gar.

Mauldin noted that, “[b]ecause gar are a top predator, studying them is a good indicator of how much the metals are present in the overall ecosystem.” He hopes that analyzing metal content in the two gar species will reveal more information about the general ecological health of the Arkansas River.

Mauldin wrote a proposal outlining his intended approach and gained approval from the UCA Animal Care Committee as well as a scientific collection permit from the state of Arkansas. Mauldin, his research associates (Allen Haney and Lewis of UCA, Eric Brinkman from the Arkansas Game and Fish Commission, and Jacob White of Ohio University) and three student research assistants completed research, ethics and compliance training.

Mauldin and his team are still in the early stages of research, but they are confident the findings will produce helpful information for the community. If they do find significant levels of heavy metals, they can alert the Arkansas Game and Fish Commission and contribute to health advisories.

Brittany Story, a senior biochemistry major at UCA, is one of the three undergraduate student scientists participating in the research. Chemistry major Vlad Ciocan and biology major Nathan Bowers are participating in the study as well. Story, a Cabot native, first found out about Mauldin’s project in January 2021 and was immediately interested because of her pursuit of a career in environmental science.