Childhood memories of a peculiar fish inspired two University of Central Arkansas professors who today are doing research recognized on a regional, national and, some would say, even international level. More importantly, their work has led to conservation efforts in Arkansas that are making a difference.

Professor Mark Spitzer and Dr. Reid Adams are members of the “Gar Team” that is focused on the alligator gar, a large Southern fish that has fallen victim to over-fishing and habitat changes. Other team members include J.P. Atkinson, a carpenter for the UCA Physical Plant, and Lindsey Lewis ’99, who received his Master of Science in biology at UCA and now works for the U.S. Fish and Wildlife Service.

For Spitzer and Adams, their interest began when they were children.

Spitzer, an associate professor of creative writing, was about six years old when he found himself mesmerized by a photo in a family book that showed two men with a 7-foot-long alligator gar in Arkansas. “That picture just stuck with me for twenty-something years,” Spitzer said.

Adams, an associate professor of biology, grew up in the Mississippi Delta where he and his dad enjoyed fishing. “I can remember catching a big alligator gar. I was probably six years old,” Adams said, adding that he was startled by the big fish and its teeth. The gar rocked their boat as Adams’ dad wrestled with it. Adams fell in the boat, hit his knee and cried. “It was so big that we could only get its head out of the water,” he said. “Ever since then I’ve been fascinated by that fish.” 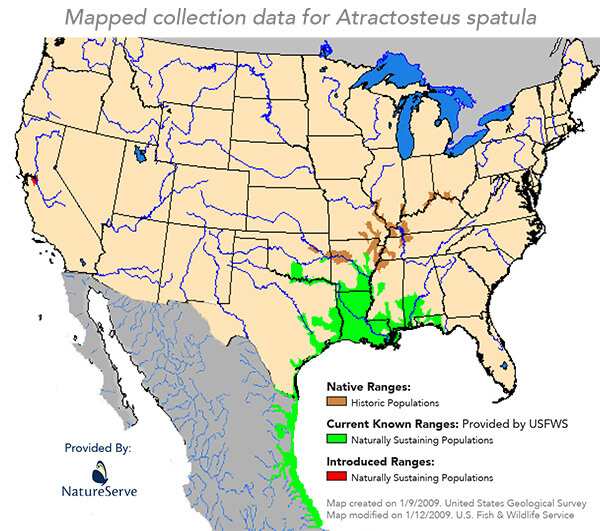 Adams’ fishing experiences impacted his career path. “Fishing on these big, muddy rivers as a kid, you never really knew what you were going to catch. You would pull different, strange-looking fish all the time,” he said. “I never really thought I’d be back in Arkansas where you can still find alligator gar and actually have the opportunity to do research with them.”

When he was about eight years old, Atkinson actually saw an alligator gar. “It scared the heck out of me! I didn’t have a clue what that thing was,” he said.

As a teenager, Atkinson took up bow fishing. “Every bow fisherman’s top trophy is an alligator gar,” he said. “There’s nothing that compares to the excitement and the anticipation of knowing that one of these giant 7-foot-long fish is in the water right underneath your boat, and you have to be ready when it comes up.”

When he joined the UCA faculty in 2003, Adams thought there were very few alligator gar still calling Arkansas river systems their home. “It wasn’t until Atkinson brought me a fish he had shot locally that I realized that there were still alligator gar here,” Adams said.

Prior to working with Adams, Atkinson researched alligator gar to become a better fisherman. While there was a lot of information on other fish, he found little on alligator gar. “I was hoping to help these guys fill in the gaps in that data to help people like me,” Atkinson said.

Adams, Atkinson and a UCA graduate student traveled to western Arkansas to visit a tributary of the Arkansas River, on the first of a series of expeditions to gather information. “Our research really took off from there,” Adams said.

The expeditions continued throughout the years, with teams researching population numbers, habitat, reproduction and movement of alligator gar.

“When we go out to do our research, it’s the Gar Team plus student volunteers, undergraduates and other master’s students who come out into the field to help out and get to experience this fish,” Adams said, adding that three master’s theses have been produced. Representatives of the U.S. Fish and Wildlife, the Arkansas Game and Fish Commission, Arkansas National Heritage and other agencies have also participated.

“That’s kind of a cool thing. We’ve generated a lot of data that has helped in the conservation of this fish but also there’ve been a lot of UCA students who have handled and seen alligator gar. The majority of fishery professionals out there have never handled an alligator gar, so it’s a unique experience for UCA students,” Adams said.

“What he’s trying to say is that when we go on these trips, these kids are standing in line,” Atkinson added with a laugh. “They want to go.”

Two elements that might be factors in the interest generated by alligator gar are the size and age of the fish.

Adams said it is difficult to estimate their age, but research shows that a 6-foot to 6 1/2-foot fish can be from 15 to 30 years old. “We catch fish bigger than that. You would estimate they would be in the 40-year-old range at times. So, they’ve been out there in the river for a long time. Some of these fish we’re catching have been alive longer than the students who are actually working with them.”

Spitzer began collaborating with Adams in 2008 when he joined the UCA faculty. “One reason I was really interested was I had read that Adams was doing work on alligator gar, especially work with the largest known population in the state,” Spitzer said.

When Spitzer initially stopped by the biology department, Adams shared a big box of articles and other gar information with him. “I left with basically half of his ‘gar-chives’ and photocopied those and brought him back half of my ‘gar-chives.’ So we shared a lot of research. He turned me on to a lot of scientific literature I wasn’t aware of,” Spitzer said.

As Spitzer and Adams explain, the alligator gar is one of the top predators in waterways, helping to maintain balance within the ecosystem. After years of over-fishing and habitat changes that negatively impacted reproduction, the number of alligator gar dropped.

“We basically wiped out all of the alligator gar in the state in the 1950s because of the sports fishing industry here. People came from around the world to get them,” Spitzer said. “That had a big effect on the fishery of the state as the whole.”

Without the top predator, other species got out of control and devoured the eggs of game fish, resulting in a less healthy ecosystem. “Sure, there’s been a lot of good fish and a lot of good fishing going on because we do have maintenance for a lot of individual lakes and streams. But big catfish, big bass, big natural species, there’s been a dearth of those because of a lack of alligator gar,” Spitzer said.

Spitzer has written two books about gar, each taking about five years to write. “I pretty much immersed myself in heavy duty gar research for a decade.” During July 2015, both Spitzer and Adams were involved in a 30-minute segment on alligator gar, which was broadcast over KUAR’s radio show “Arts and Letters.” The program was hosted by J. Bradley Minnick and focused on Spitzer’s recent nonfiction book, “Return of the Gar.”

“My research stretches mainly the national level, although we just published some of our research in an international journal so there will be some impact there,” Adams said. Atkinson added, “If there’s somebody in Spain who wants to know about alligator gar, it’s more than likely they are going to be reading some of our stuff. If you Google it, it’s mostly our stuff.”

Spitzer and Adams are appreciative of the University’s support of their research and efforts and are excited about conservation measures that appear to be helping.

“What a unique opportunity it is for UCA students to go out and experience this fish and experience the research we do with them,” Adams said. In addition to financial support from UCA, research funding has been provided by AGFC and the U.S. Fish and Wildlife Service.

Atkinson is thankful for the UCA biology department and U.S. Fish and Wildlife. “When we first started, we were seeing so little. I was telling everybody I knew if you see one, take your picture with it because you’re never going to see one again. But now, things are looking up. Data gaps have been filled, conservation measures have been taken, real hard steps have been taken to improve – it’s got to help. Now, I’m more optimistic that maybe my grandkids will see one. Six or seven years ago, I wasn’t that optimistic. I thought they were goners for sure.”

Spitzer considers it unusual for a university to have two individuals with so much expert knowledge on the topic of alligator gar – one from the sciences and the other from the arts. “Adams is doing a lot of important gar studies right now. He is on the ‘avant-gar’ of gar research. I’m doing a lot of interesting stuff with gar writing,” he said. “UCA is doing some of the lead research on gar at the time, especially in regard to migration patterns, movement, tracking them and facilitating spawning. We are now starting to stock alligator gar into the Arkansas River system. Not only is the science really at a significant level at UCA, but we’re bringing them back in the state. The numbers are on the rise.”

Spitzer, who still has the book from childhood that sparked his interest, never considered that the alligator gar would impact his professional career and create opportunities for research and travel.

“I never imagined that, but it sure has,” he said. “Gar has become part of my identity. It is my major research focus. It’s great that UCA supports me and my work. I’ve had a number of grants to do research all around the world on gar. I’m lucky to be able to spread the gar gospel in this way, and I feel privileged.”

Spitzer explains his fascination for the alligator gar because he sees the fish as a metaphor for the environment. “They are sort of an early indicator of what is happening to the environment on a larger scale,” he said. “What’s interesting, which is the subject of my newer book, is after decades of faulty science, rumors, mythology and people not understanding this fish and its role in the ecosystem, we’re really starting to do a lot of things for this fish. It’s an important fish. They help control the balance in the ecosystems. If there’s hope for them, there’s hope for us.” 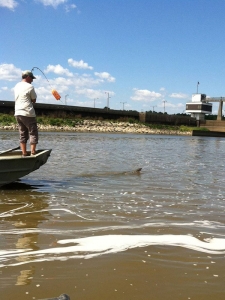 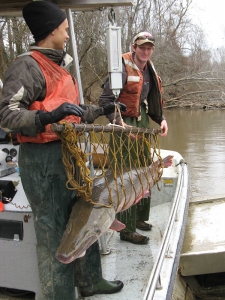 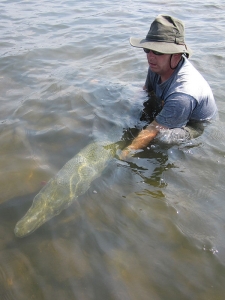 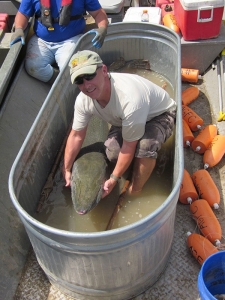