The University of Central Arkansas celebrated another history-making day as the Conway Corporation Center for Sciences was ‘topped-out’ in a special ceremony on Sept. 25, 2015.

The University broke ground in May 2015 on the Conway Corporation Center for Sciences, a 50,000-square-foot addition to the Lewis Science Center.

“This space is really important to the University. It’s the basis of so many things at which we excel,” said Brad Lacy, chair of the UCA Board of Trustees. “Today is another great day for UCA.”

The UCA Board of Trustees voted to name the expanded section of the Lewis Science Center building the Conway Corporation Center for Sciences in recognition of a $3 million gift from Conway Corporation that was announced in December 2014.

“To the board and everyone associated with Conway Corporation, thank you for your generous gift,” said UCA President Tom Courtway. “We, as an institution, can’t thank Conway Corp enough for that gift.”

Lewis Science Center houses several departments in the College of Natural Sciences and Mathematics, including biology, physics and astronomy. The additional 50,000 square feet in the Conway Corporation Center for Sciences allows more classroom and laboratory space, as well as significant improvements in equipment efficiency and energy utilization with LEED certification.

The construction is in fulfillment of the goals outlined in the “Framework for the Future,” which was introduced in November 2013 during the investiture ceremony for President Courtway. The plan laid out three primary goals with several strategies, deadlines and responsibilities to achieve the goals. One goal was to “build, replace and maintain academic and auxiliary infrastructure.” 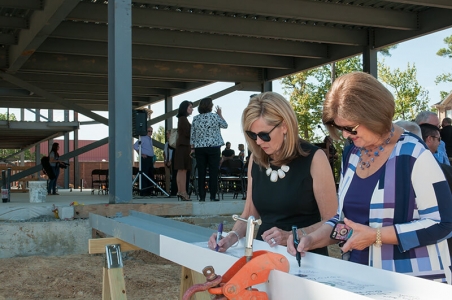 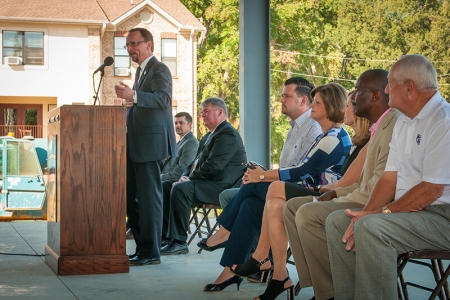 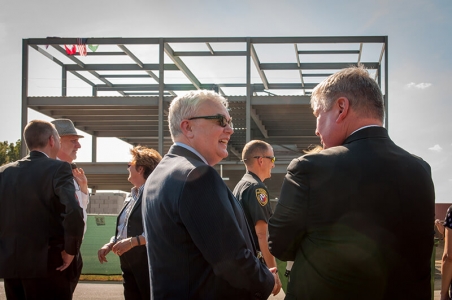 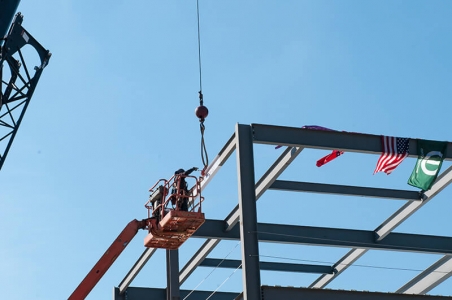 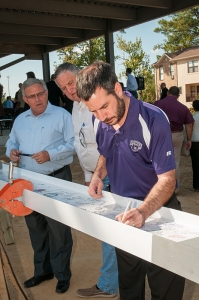 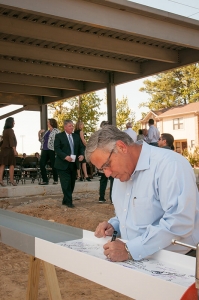 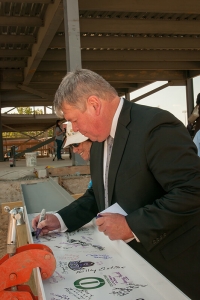 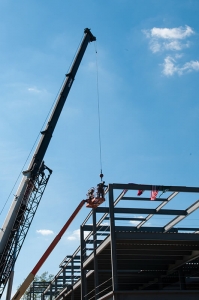 Dozens of campus dignitaries and community members turned their eyes to the sky to see a cedar tree mounted atop a steel beam hoisted to the uppermost point of the Donaghey Hall steel framework.

This topping-out ceremony was held on Aug. 21, 2015 for Donaghey Hall, the four-story, mixed-use building at the intersection of Bruce Street and Donaghey Avenue. The building will be 67,500-square-feet.

Once completed, the first floor will consist of approximately 15,000 square feet of commercial space that will be occupied by businesses including Mosaique Bistro and Grill of Conway, Uncle T’s Deli-Market of Little Rock, Blue Sail Coffee of Conway and Textbook Brokers, Inc. A section of the first floor will also be a “makerspace,” which is a creative, collaborative, community-oriented space that will allow students and faculty to gather and share knowledge, network and innovate together.

The upper floors will serve as a residence hall with 165 beds for sophomores and juniors.

“We are very excited about this project,” said University President Tom Courtway. “We really look forward to [fall 2016] when students are going to move in and there’s going to be a vibrant campus community on the east side of Donaghey.”

The University broke ground on Donaghey Hall in April 2015. It will be open in fall 2016.

The topping-out of a building tradition dates back to the ancient Scandinavians. Modern-day practice involves an evergreen tree being placed on the highest piece of steel placed on a building’s frame.

The construction is in fulfillment of the goals outlined in the “Framework for the Future,” which was introduced in November 2013 during the investiture ceremony for President Courtway. UCA board members named Nabholz Construction and Doyne Construction as the general contractor and construction manager, respectively.

The plan laid out three primary goals with several strategies, deadlines and responsibilities to achieve the goals. One goal was to “plan, develop and transform Donaghey Avenue.” 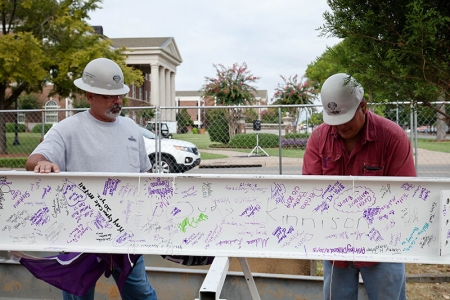 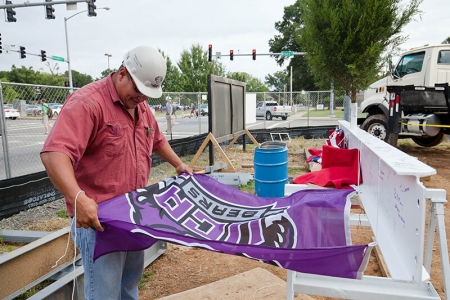 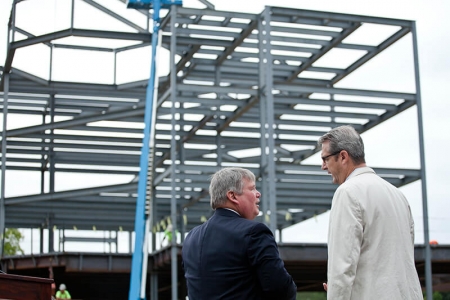 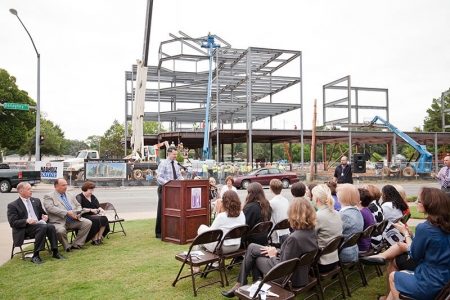 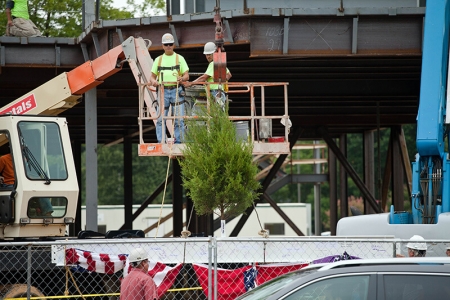 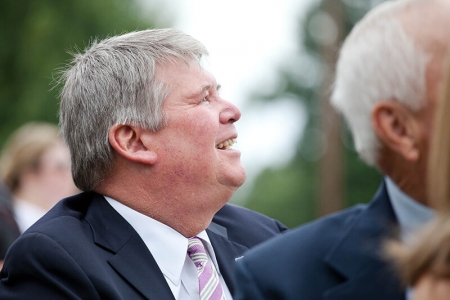 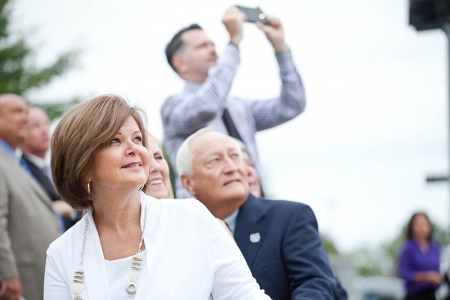 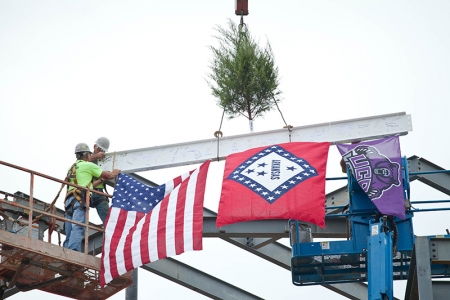