“Honors College students practice excellence both in and out of the classroom,” said Patricia Smith ’01, ’03, dean of the Honors College.

“Academically, they’re getting premier opportunities, traveling abroad, studying at elite partner institutions and working on capstone projects that truly teach them to develop an interdisciplinary outlook,” Smith said. “Personally, our graduates have a vision for their future that is rooted in their values and beliefs. They can – and do – make a difference in the world.”

Smith and Honors College Associate Dean Leah Horton ’97, ’17 both received medallions of their own as Honors College graduates in 2001 and 1997, respectively. They are in good company as this spring the college is due to celebrate its 2,000th graduate. Ricole Warren, a pre-med major from Little Rock, will be among the graduates in 2022. Warren serves as president of the Honors Council for the college. She appreciates the camaraderie she has built with her classmates.

“My roommates and friends would lean on each other and help each other push through when things got challenging,” Warren said. “I’ve made lifelong friends who, like me, were heavily invested in learning and experiencing the world from different perspectives. I’ve found my voice to speak up for what matters to me.”

Honors College graduates are all over the world, making their mark in many fields and putting that legacy of excellence into daily practice. It is difficult to quantify the impact, but one metric Smith looks at is the number of alumni who report back to the University of Central Arkansas to add the title of “Dr.” or “Ph.D.” to their names. Compared to the result of the general UCA alumni body, Honors College grads are 3.5 times more likely to have earned a doctorate, and that clocks in at five times the national average for graduates from any institution. While that is just one way to frame the college’s impact, Smith said it gets at something that is part of the program’s core.

“When you think about it, those students come from the same communities in Arkansas that the rest of the UCA student body comes from – including rural and underserved,” Smith said. “Our founder, Norb Schedler, saw potential in those students, even when no one else did – and he was right.”

Legend has it that Schedler was daydreaming under a tree near McAlister Hall about starting the Honors College when then-UCA President Jefferson D. Farris Jr. ’50 happened to walk by. “Norb” – as faculty and students alike affectionately call him – took a chance on pitching the idea. Farris agreed, and the rest is history.

Much of Schedler’s original vision remains intact, continuing beyond his death in 2019. The program focuses on developing interdisciplinary skills that can be used for any profession. The curriculum includes a mix of small group, discussion-based seminars and large-group lectures, along with an interdisciplinary capstone. Students have opportunities for travel and research grants. They end the four-year program with a minor in interdisciplinary studies.

“Whenever we’re considering a change, we look back at the founding documents that set forth this challenge and this lively experiment,” Smith said. “Of course, we react to the latest research about how students learn, we’re contemporary, but at its core, this program still remains true to the impact Norb wanted it to have for its students and beyond.” 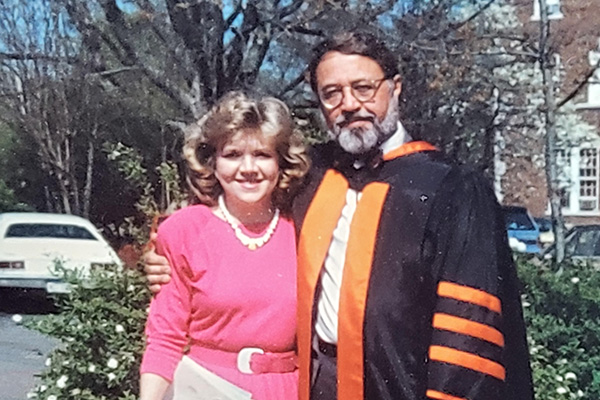 “Being part of the first Honors class was an amazing experience. It felt like students and faculty were on a team searching out excellence together. The faculty embraced our journey and helped change the way I see the world and use the knowledge I gained.” 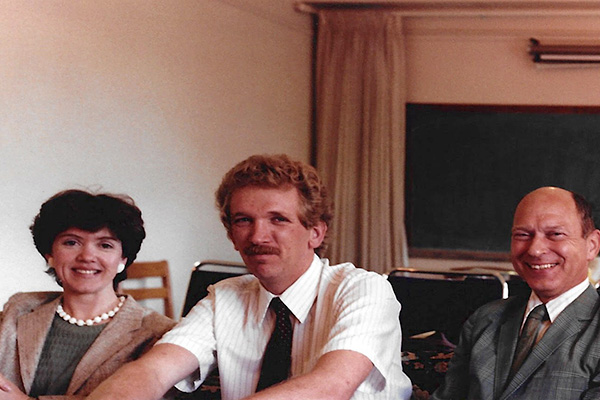 “After 40 years, I think the Honors College still embodies the vision of Norbert: To enable students to teach themselves as well as others. Not all of us became teachers as a profession, but among those with whom I remain in contact, they have practiced this vision in their chosen profession.” 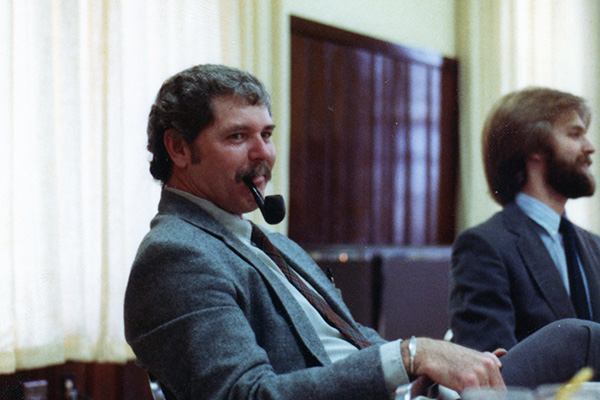 “My time at the Honors College was the most formative years of my life. Without the mentorship of Norb and the entire gang, I would not be who or where I am today. I will be forever grateful for that experience. Thank you, Norb!” 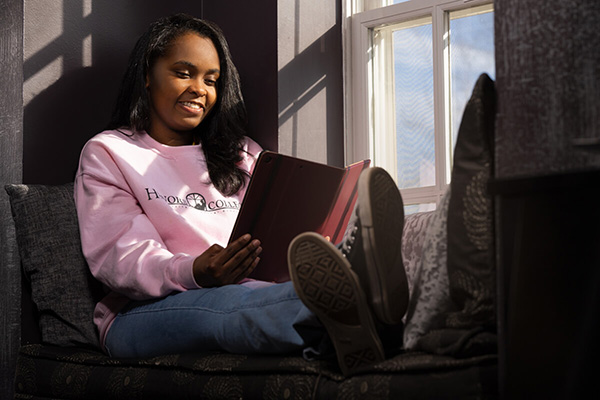 “As a current student, this 40 Years of Excellence is a reminder that the seed Norbert O. Schedler planted in 1982 has continued to grow and bloom in each of the Honors College matriculants, and it’s a clear indication of the rich legacy he left behind through scholarship, leadership and civic duty.” 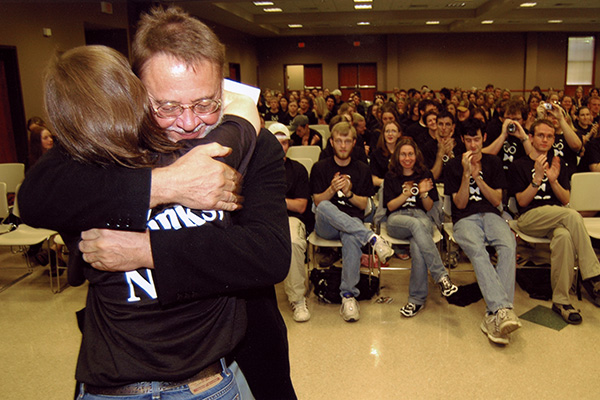 “The notion of arete, ‘virtue’ or ‘excellence,’ is so central to my 22 years in the Honors College. I can remember Norb and Rick referencing and explaining it countless times, keeping it forefront in our minds both as students and faculty. The concept points us toward the highest capabilities of the human being — to inquire, to know, to act, and to be in relationship. Those virtues form a framework for an Honors education, and more so, for the whole life that proceeds outward and onward from that education.”

“As a current student, this 40 Years of Excellence is a reminder that the seed Norbert O. Schedler planted in 1982 has continued to grow and bloom in each of the Honors College matriculants,” Warren said. “It is a clear indication of the rich legacy he left behind through scholarship, leadership and civic duty.”

With so much history to be grateful for, Smith is looking forward to welcoming alumni back to campus for the official anniversary celebrations planned for fall 2022. Events will likely include an alumni retreat, student service projects, social gatherings and a special edition of the book club, in addition to events associated with Challenge Week and Homecoming.

While many of those plans are in development currently, especially with the uncertainties of the coronavirus pandemic and its impact on in-person events, one thing is for sure: The big change that alumni from all cohorts can celebrate is the unveiling of the new Honors College space in Schichtl Hall.

Previously home to the Department of Art and Design, the space is being remodeled as a Center for Honors Education and Center for Global Learning and Engagement. The plans will be revealed in 2022, and the move is slated for summer 2023. One unique feature will be an outdoor sensory garden where students can retreat to study, think and explore in a rich and calming natural environment.

Alongside the excitement of the new is the bittersweet sensation of change. Up to this point, the entirety of Honors College history has taken place inside the walls of McAlister Hall.

“We expect part of the celebration will be giving alumni a chance to say goodbye to McAlister Hall,” Smith said. “These walls hold a lot of memories.”

Those who visit will discover there is more than one way to be an Honors College student these days. The college opened a second track called Honors Scholars four years ago because leadership was tired of turning away Arkansas’ best and brightest and wanted to find a way to serve more students than the 75 they were able to admit each year. Now they welcome an additional 30 scholars annually.

Embracing the Old and New

Despite the changes, many things about the Honors College are still the same. There is still a student forum honoring longtime administrator Glenda Middleton, who retired in 2010. Farris Hall still houses many Honors College students, providing that private residence hall experience that is a hallmark of the program. Many familiar faces remain among the faculty including Donna Bowman, Doug Corbitt, Adam Frank and Allison Wallace.

Students, scholars and alumni alike can appreciate the nod to another legacy that is part of the remodel design for Schichtl Hall: There will still be a window seat.

The Honors College is still a place where each student is reminded at graduation that they have joined the ranks of excellence, and scholarly-minded people can still step outside and daydream about how to change the world.

“Our students leave here and confront the problems of the world with an ability to think creatively and in an interdisciplinary way,” Smith said. “They think more broadly. They find solutions. Whether it’s making a difference in their everyday workplace or going out and trying to do really big things, our alumni are out there making a difference. That’s the impact that the Honors College and Norb have had.”