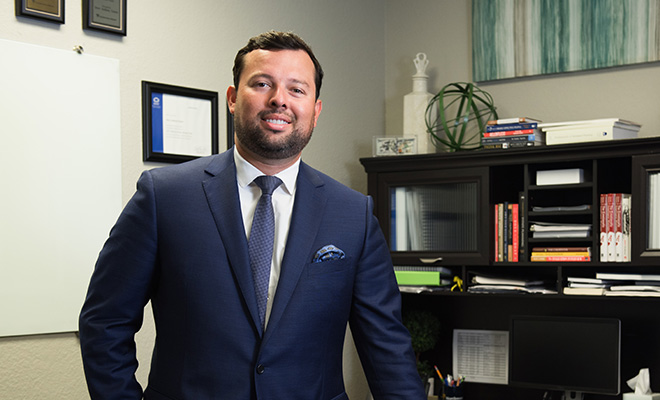 When selecting a university, location was a major deciding factor for Drew A. Gainor ’10.

After moving to Little Rock from Trujillo, Honduras, as a high school sophomore, he had grown to love the region and knew he wanted to remain here. He also wanted to attend a university that would give him the opportunity to stand out, and the University of Central Arkansas answered both callings and much more.

As a UCA student, standing out is exactly what he did. Gainor was involved in a variety of campus groups including Sigma Tau Gamma fraternity, the Student Orientation Staff, Association of Future Alumni and the Student Government Association. He also took part in many of the activities the university afforded.

“The career fair and relationship with the university and the employers allowed for me to get a fast start and create the ultimate goal of being employed after college,” he said.

He continues to be involved as a community volunteer and mentor, and he encourages the employees in his office to do the same. More recently, Gainor and his family endowed a $50,000 scholarship at UCA in memory of his father, Drew Marshall Gainor.

“My wife, Lauren, and I wanted to start on this career path of philanthropy at a young age rather than wait until we were in our 50s, 60s or older than that,” he said, adding that he has begun to challenge others to consider funding scholarships. “A scholarship can make a huge difference at any level.”

Starting in 2019, the Drew Marshall Gainor Scholarship will be awarded to Hispanic students majoring in finance, insurance and risk management, or innovation and entrepreneurship. This is the first scholarship fund established at UCA for Hispanic business students.

He said he is proud to have the family name associated with the university and believes his father would also be proud.