The Distinguished Alumni Award is the most prestigious award presented to an alumnus or alumna of the University of Central Arkansas. The award recognizes individuals who have made outstanding contributions to the university, community, state or society; outstanding achievements in a particular field of endeavor; or have a character that enhances the reputation of the university. Recipients also serve as an example to students and contribute to the goals or welfare of the university.

Since the university recognized its first recipients in 1986, a total of 43 alumni have been presented with the Distinguished Alumni Award.

The university recently selected the 2020 Distinguished Alumni Award recipients who will be presented at Laurels & Stripes, the university’s annual fundraising gala, on April 4, 2020. 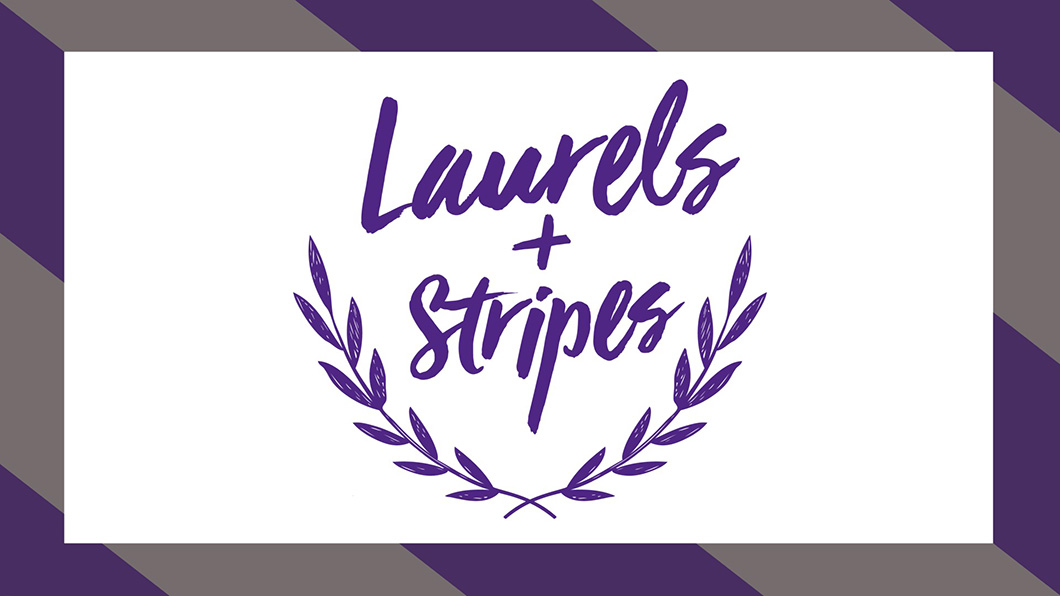 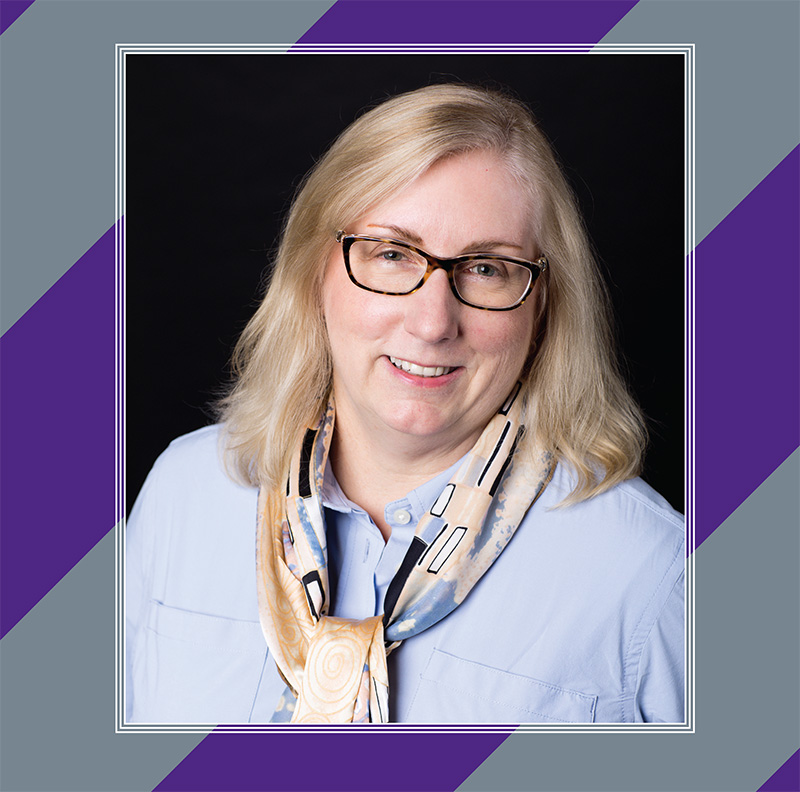 Terri Jordan ’85 has been a top-level executive for some of the world’s largest companies — Walmart Inc., eBay Inc. and Microsoft Corp. Her work takes her across the globe to locations from Dublin and Tokyo to Paris and London. She serves as a mentor to up-and-coming professionals and has maintained her connection to the University of Central Arkansas through a scholarship, the UCA Foundation and other activities.

With her extensive background and sustained support of the university, Jordan has been selected as one of two 2020 Distinguished Alumni Award recipients. Jordan received the news in October.

A native of Morrilton, Jordan graduated from UCA with a double major in computer science and mathematics. She worked part time at a local bank while a UCA student and continued there after graduation because the bank had begun implementing the use of computers in daily operations. She soon found a computer programming role with a small company in Little Rock before accepting a position in software development for Walmart stores in 1987.

“That’s where my career pretty much took off. I was there for about 19 years,” Jordan said. “I had many promotions, and I worked in many different functions in technology.”

Before her departure in 2006, Jordan served as senior director in Walmart’s information systems division. Jordan spent the next three years as vice president of technical operations at eBay in California before another opportunity became available.

“I made the choice to move up here to the Seattle, [Washington], region, and I started working for Microsoft to help launch the first Microsoft retail stores,” she said, adding that the company opened its first retail location in six months. “By the time I left that part of the organization, we had over 100 locations across the U.S.”

Jordan served as chief information officer for Microsoft’s retail stores. In 2015, an opportunity arose for Jordan to join Microsoft’s rapidly expanding cloud computing division. She currently works as the general manager for cloud operations and innovation at Microsoft.

In each of these roles, Jordan has worked to be a mentor and role model for individuals pursuing careers in technology, particularly women.

“I like to spend my time mentoring, but I don’t limit it to just females because everyone needs a good mentor,” she said. “Sharing what my experiences have been like shows how you can make a difference and you can accomplish big things.”

Though she and her husband, Richard, live in the Seattle area, she has worked to stay connected to UCA. She has visited campus to deliver a talk to students in the Department of Computer Science and remains in contact with the College of Natural Sciences and Mathematics. She has previously served as a member the UCA Foundation Board, working to increase money for UCA students.

Since its establishment, the fund has awarded multiple scholarships, with several being awarded last year, Jordan said.

“The biggest thing for me is being able to give back and help others, and particularly females, because there’s still a significant disparity between the number of males versus females in the technology space,” she said.

Jordan believes the Distinguished Alumni Award recognition will continue to highlight the achievements that are possible with a UCA education and looks forward to strengthening her connection to the institution.
“Staying connected to UCA is staying connected to home,” Jordan said. 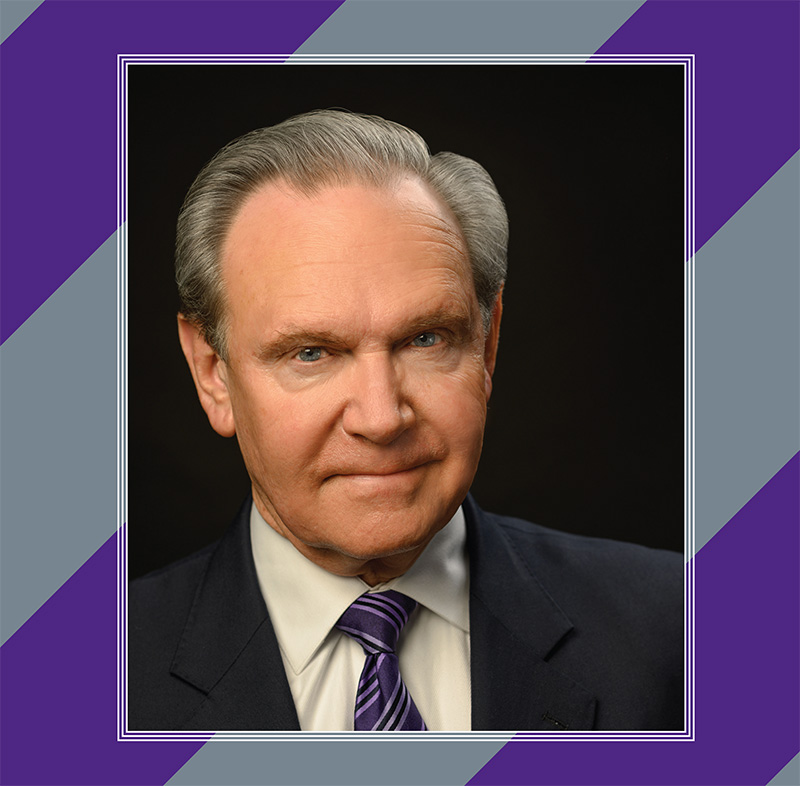 Lavon Morton ’72 has visited Buffalo Alumni Hall on the campus of the University of Central Arkansas many times. During these visits, he would view the plaques hanging in the social room that recognize previous Distinguished Alumni Award recipients.

“I know about many of them, but it never occurred to me, not one time, to look at those names and think that I would one day be selected,” Morton said. “It never crossed my mind that I would receive this tremendous honor.”
Morton has been selected as one of two recipients of the 2020 Distinguished Alumni Award.

Morton has enjoyed a stellar career since earning a bachelor’s in accounting and later becoming a certified public accountant. At the advice of a UCA accounting professor, Morton applied for and was offered a position at Ernst & Young in Little Rock, one of the largest accounting firms in the nation. After 12 years at the firm, Morton was named a partner, eventually serving as both a tax partner and an audit partner. He spent a total of 24 years at Ernst & Young before moving to Fort Smith in 1996 to join Arkansas Best Corp., now ArcBest, a publicly held nationwide freight transportation company. He served in multiple financial positions at ArcBest and eventually became a senior vice president of risk and chief audit executive. He retired from ArcBest in 2016, but he continues to work with the company as a consultant.

For more than 20 years, he has served on the audit committee for the city of Fort Smith and was recently appointed to the Fort Smith Board of Directors, representing Ward 3.

Morton’s passion and commitment to service include his alma mater, evident through his life membership in the UCA Alumni Association. He served on the UCA Foundation Board of Directors for six years, including serving as chair for two years.

As a member of the UCA Foundation Board, Morton focused much of his energy on boosting private scholarships.

“It was tremendously rewarding and satisfying,” he said. “I’m a great believer in scholarships. It’s important to support them.”

When reflecting on his life and career, Morton considers a different film, “It’s a Wonderful Life,” and the lead character, George Bailey, played by James Stewart.

“I’m going to say that George Bailey has nothing on me,” Morton said. “I’ve had a wonderful life, and I’ve got more to go. I want to do more good to help people the way so many people have helped me.”