One by one, officials and dignitaries at the University of Central Arkansas took a swing at a wall in McCastlain Hall in the event commemorating the start of renovations to the historic building. The special wall-crashing event was June 9, 2015.

Stacy Hurst, director of the Department of Arkansas Heritage, led the group that included UCA President Tom Courtway, UCA Board of Trustees Chair Brad Lacy ’94 and Nan Snow ’57, member of the UCA Foundation Board of Directors. The dignitaries donned hard hats, gloves and safety glasses as they swung golden sledgehammers to take down 10-foot-high drywall panels.

Built in 1939 as the first standalone cafeteria on campus, McCastlain Hall is now one of eight buildings comprising UCA’s Historic District, listed on the National Register of Historic Places on Jan. 18, 2013. 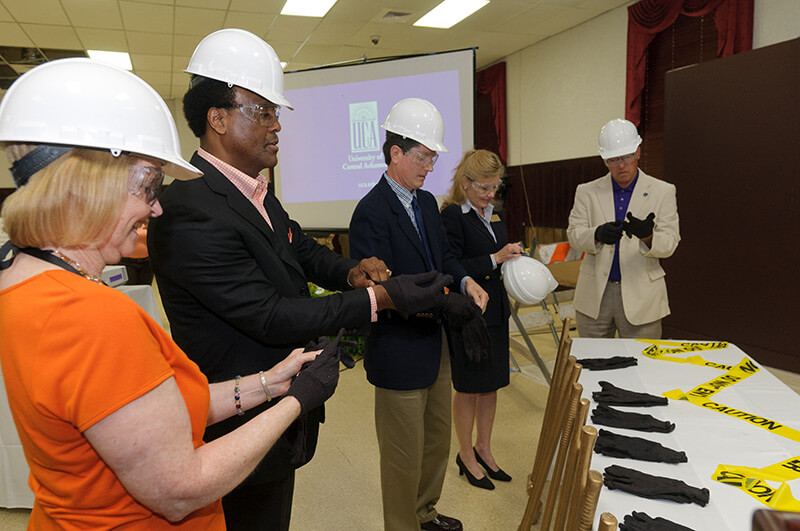 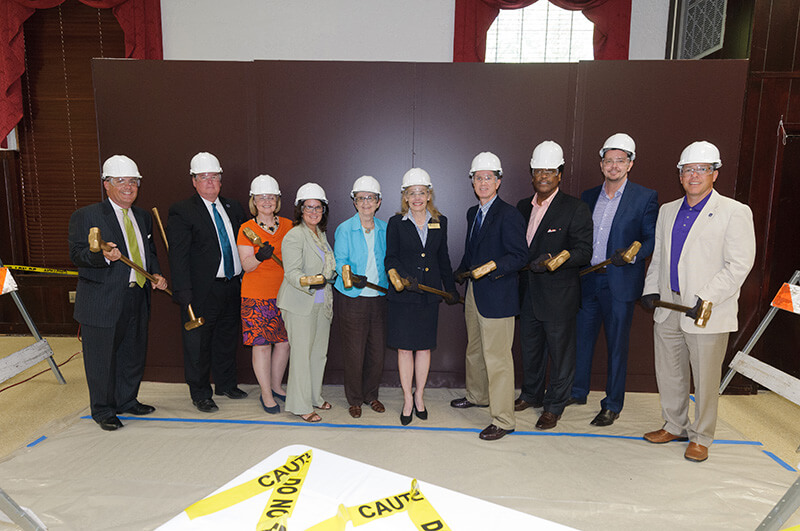