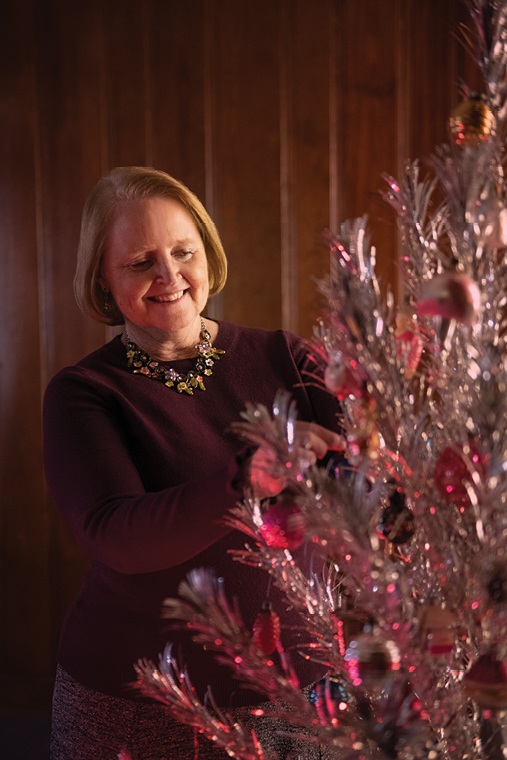 When Gayle Seymour was 13, her mother professed she needed a hobby, so the two set off to the downtown area of Seymour’s native Santa Barbara.

“‘We’re going to go to some antique stores, and you can pick out something you like and start a collection,’” Seymour recalled her mother saying.

Seymour didn’t think much of it, but after buying a handful of vintage Christmas ornaments and an old doll that day, a passion was born.

Seymour, associate dean of the College of Arts, Humanities, and Social Sciences and professor of art history, treasures an extensive collection of Christmas ornaments that she estimates has at least a couple thousand pieces.

“I think Christmas ornaments obviously have a nostalgia about them,” she said. “There’s something about objects that are so incredibly fragile. Most of them are blown glass, and they’re just so thin that you wonder, ‘How in the world have they possibly survived all of these years?’ The only answer I can come up with is that they’re truly cherished, that people really care about them because they are containers of memory.”

Back then, Seymour would ride the bus to downtown Santa Barbara for a visit to the flea markets, often leaving them with a sizable amount of Christmas goodies at 10 cents a bag.

Today, she spends weekends perusing area antique shops, browsing the internet, or even traveling to annual sales and auctions to find these prized collectibles. She’s a repeat customer of the 127 Yard Sale, dubbed the world’s largest yard sale, an annual assembly of vendors and yard-sale-lovers that covers more than 600 miles from Michigan to Alabama. 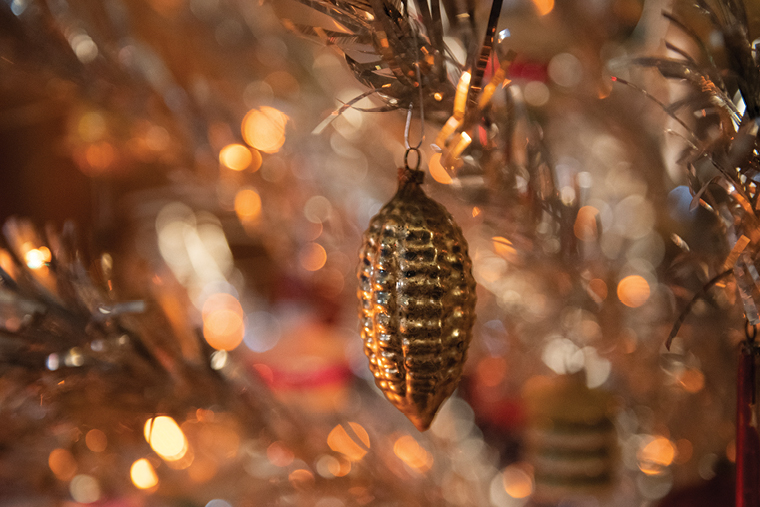 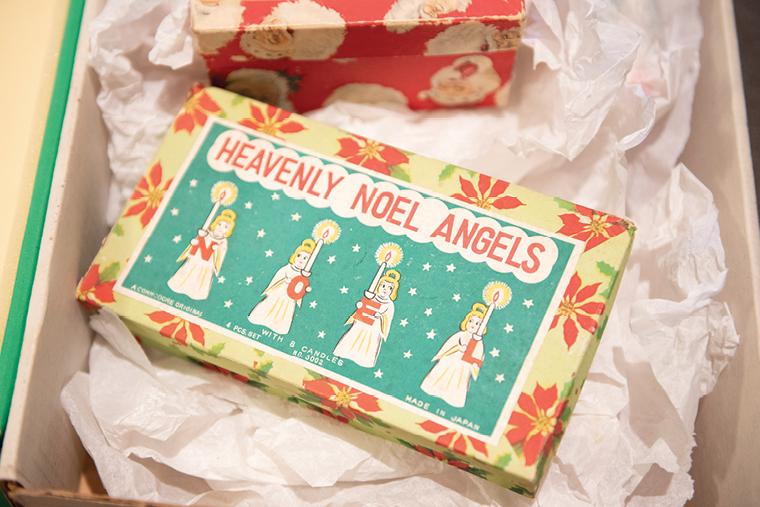 “You have to be an active collector,” she said. “You can’t just collect every so often. You have to go out and look for things.”

In her search for Christmas items, Seymour hunts for more than ornaments. She takes interest in aluminum trees, which grew in popularity after World War II, and vintage Christmas ceramics such as angels, Santas, elves and candle huggers.

Each year, Christmas decorating is like a curation in the Seymour home. With such a vast collection to choose from, picking ornaments for the tree is a new experience each time.

“I kind of forget what I have really,” she said.

The hobby also gives her a peaceful way to spend time alone. After all, Seymour stays pretty busy: This semester, she helped spearhead UCA’s Suffrage Centennial celebration and in past semesters has served on UCA’s World War II Memorial Trees Committee, led a project commemorating the 60th anniversary of the desegregation of Little Rock Central High School and oversaw a multipart series highlighting water conservation. 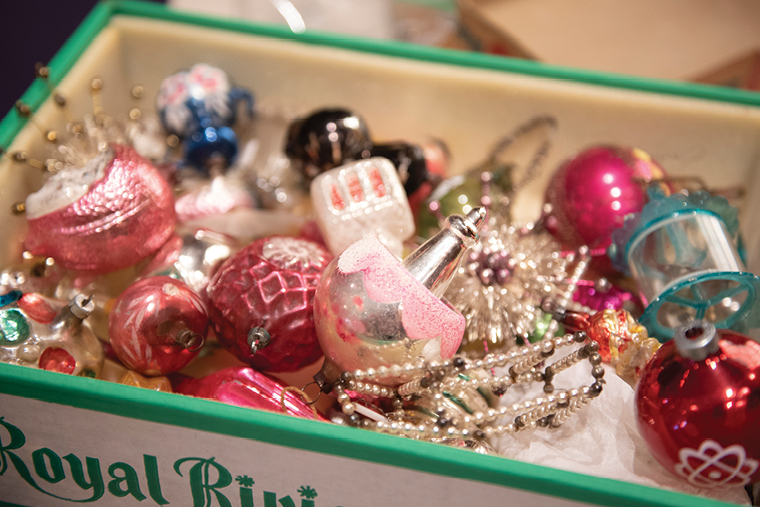 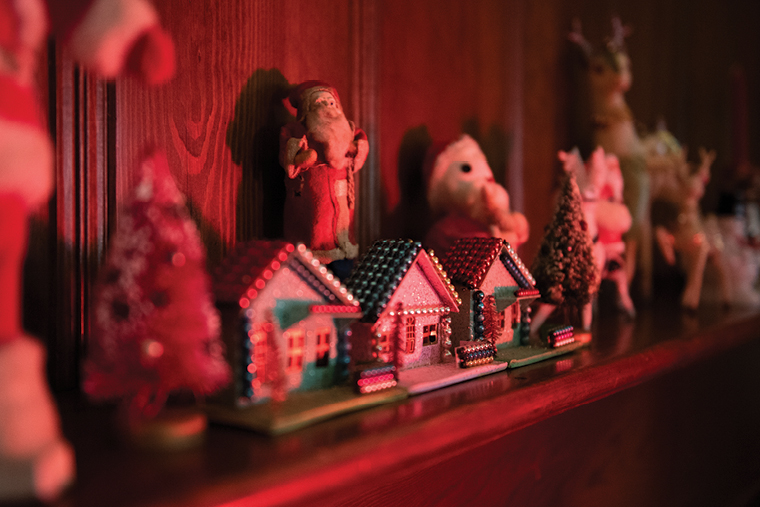 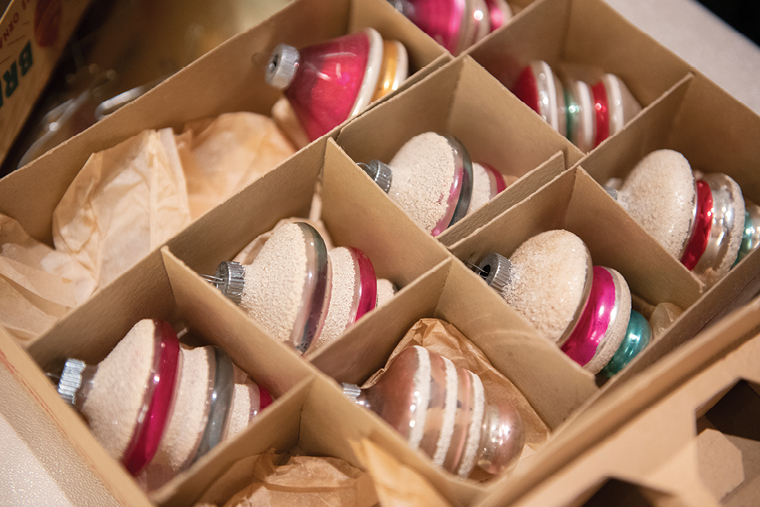 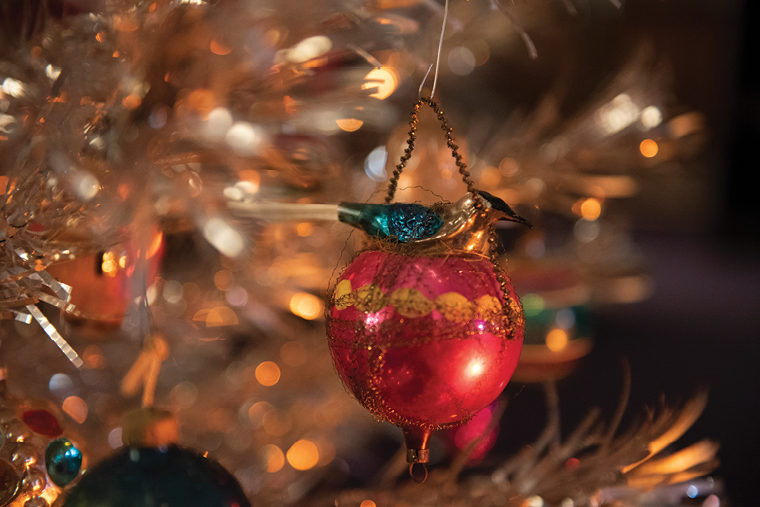 “I really think that we have to kind of take care of ourselves first before we can take care of others,” she said. “I just think that, for me, it’s really important to live like I mean it, and I think collecting is part of that.”

Outside of Christmas items, Seymour enjoys collecting antique dolls and blown glass. She has an affinity for Blenko hand-blown glass and spends the first part of her day in her doll room at home. Pieces from her blown glass collection are even stored in McCastlain’s Fireplace Room, and two of her antique dolls were featured in a Suffrage Centennial exhibit on campus.

“So many people rely on other people for their fun, just to fill up those moments of the day,” she said. “I think that’s something my mother had in mind when she took me on that original trip. Because it wasn’t just that she wanted me to have a hobby. She told me specifically that she was preparing me for my retirement. I think what she really meant was that people need to find ways to be happy in themselves and to do things by themselves.”