From the University of Central Arkansas’ earliest beginnings as Arkansas State Normal School (ASNS), women have been an integral part of the growth and success of the institution.

Looking across campus, five buildings are named in recognition of women, but arguably, many students, alumni, faculty and staff are unaware of this significance because full names are not included on the buildings.

As the campus recognized the Suffrage Centennial with various activities throughout the fall, efforts were also underway to update the names of these buildings.

“I had this idea, realizing that so many of our women on this campus whose names are attached to these buildings are part of the suffrage era, that part of the project would have to be to ask the university to put the first names of these women on the buildings, thus acknowledging their importance,” said Gayle Seymour, associate dean of the College of Arts, Humanities, and Social Sciences.

Seymour said she has begun speaking with university administration about the idea, but a timeline to update the building names has not been set.

“I think that the suffrage recognition provides a window of opportunity for these things to happen while we’re looking back at women from that era, thinking about their accomplishments,” Seymour said.

The five buildings named after women are Baridon Hall, Bernard Hall, Carmichael Hall, Christian Cafeteria and Schichtl Hall. Learn more about each structure and its namesake below.

Ida Emilie Baridon Frauenthal was born in New York in 1868. She moved to Arkansas in 1890 to live with her uncle, Col. Asa Robinson, known as the founder of Conway. She was married to Joseph Frauenthal, a Conway businessman who was influential in establishing ASNS. She was very active in local and statewide organizations. She, along with school President J.J. Doyne, served as Conway representatives on a committee charged with choosing the Arkansas state flag. Baridon Street in Conway is also named after her. Frauenthal died in 1947.

Baridon Hall, constructed in 1940, is now a residence hall for freshman students with suite-style rooms. The hall houses the Health Promotion and Wellness (HPaW) Residential College. 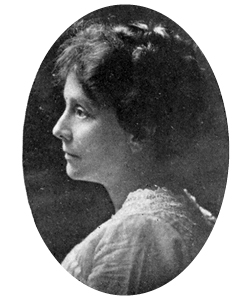 Mary Augusta Bernard was born in 1864 in North Carolina. She joined the faculty of Arkansas State Normal School (ASNS) in 1912 as the first drawing and penmanship instructor. This role was the early beginning of the Department of Art. After being promoted to professor, Bernard was later named head of the department. She held this position until her death in 1933.

Bernard Hall currently serves as an administration building and residential hall. Some of the administration offices include Admissions, Career Services, and Institutional Diversity and Inclusion. The coed residential space offers large double-occupancy rooms for freshman students. After the building’s completion in 1939, the Board of Trustees unanimously elected to name it in Bernard’s honor. 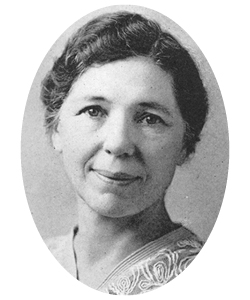 The namesake for this residential hall is Maude Savilla Carmichael, born in Van Buren County, Arkansas, in 1887. After receiving her bachelor’s degree from Hendrix College in 1917, Carmichael began her career as a high school history teacher in Little Rock. In 1923, Carmichael earned a master’s from Columbia University and began her tenure at Arkansas State Teachers College as an associate professor of history. She earned her doctorate in economics from Radcliff College in 1935.

Carmichael was promoted to full professor in 1925 and served as chair of the economics department from 1931 until her retirement in 1952. She established the Carmichael Fund to support economic education in the College of Business in honor of her parents, William and Matilda Carmichael. 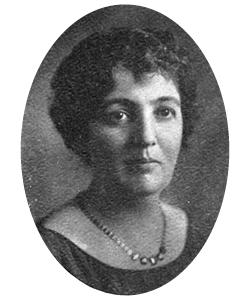 Elizabeth “Betty” Langston Christian was born in Little Rock in 1886. Christian came to ASNS in 1920 as an instructor in the home economics department. She remained until 1930, serving as head of the department from 1925-26. She left to further her education in nutrition at Columbia University and returned in 1940 as the first dietician for the school. She remained until her retirement in 1956.

In 1969, the newly constructed cafeteria was opened and dedicated to Christian. The building continues to serve university students and visitors in an all-you-care-to-eat style. 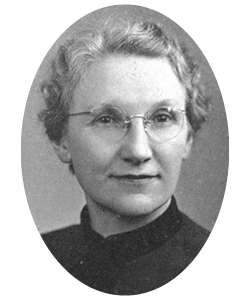 Marie Schichtl was born in Conway in 1900. She graduated from ASNS in 1920 with a Licentiate of Instruction. She began her teaching career at ASNS that same year as an instructor of drawing and penmanship, working with Mary Bernard, her former instructor. Schichtl continued her education by earning a bachelor’s from George Peabody College in 1930 and a master’s from Columbia University in 1934. Schichtl retired in 1967, after serving 47 years. She held the record of the longest-serving employee until 2013, but she still retains the record for a female employee.

Schichtl died in 1992. In December of that year, the Board of Trustees unanimously voted to name the new art building in her honor.