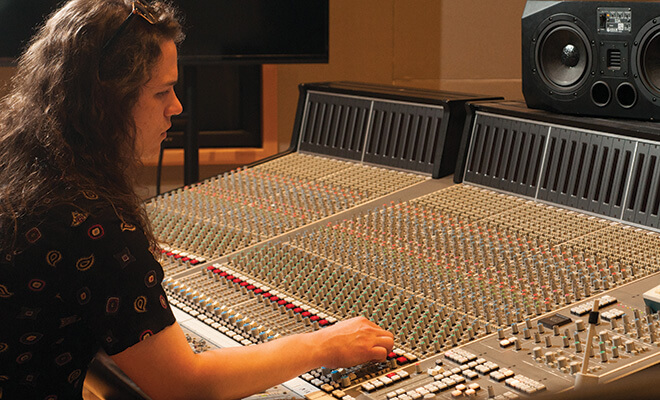 To witness Bryce Roberts expertly maneuver his way around the audio equipment in the Tracking Room, one might think he was born in a recording studio. Surrounded by microphones, computer screens, instruments and every kind of button and knob imaginable, Roberts is completely in his element.

Located right off Music Row, the Tracking Room is Nashville’s largest recording studio that has played host to some of the biggest names in the business including Taylor Swift, Foreigner and Bon Jovi. Roberts works there as a staff engineer, which means he facilitates every aspect of the music from “microphone to speakers.”

“UCA was my first real life experience, and my computer classes prepared me for what I do now since half of what I do at the Tracking Room is on a computer,” Roberts said. “It definitely shaped my drive and early knowledge with technology.”

After attending UCA in 2008, Roberts transferred to Middle Tennessee State University to pursue his degree in recording industry production and technology, with a concentration in audio production. Roberts began an internship at Quad Studios in Nashville, where he got his first real taste of sound engineering, as well as his first experiences with the music industry. 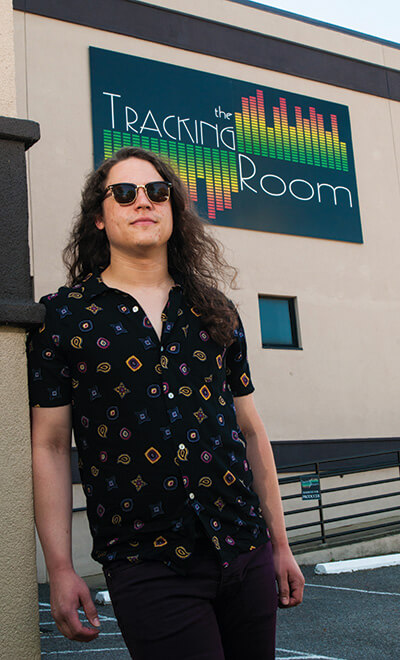 “I learned what it takes to be successful in this city,” Roberts said. “While I was an intern at Quad Studios, I learned to be the guy available at midnight to help set up, be the guy that they could call at any time and rely on. If you’re ‘that guy’ long enough, you’ll just end up in the right spot.”

Being “that guy” at Quad Studios allowed Roberts to work with Old Crow Medicine Show as second engineer on their Grammy-winning album “Remedy.” He also worked as engineer on Old Crow Medicine Show and Asleep at the Wheel’s collaboration album, “Still the King: Celebrating the Music of Bob Wills and His Playboys,” which won Best Recording Package at the 2016 Grammy Awards.

In 2014, Roberts began working at The Tracking Room, where he has facilitated recording sessions with Merle Haggard, Rascal Flatts and Deep Purple. But working with such well known clients can be stressful, and Roberts has seen his fair share.

“My job is to make sure everything is working correctly at all times,” Roberts said. “My heart will be pumping, but I’ve worked this equipment long enough that if I hear a kink, I can patch it up and work around it.”

Roberts plans to stay in Nashville as long as he possibly can, and figures that his next move will be working for himself as a freelance sound engineer with his own clients and own rates.

“Things are temporary around here. That’s just the nature of this industry,” Roberts said. “For me now, I’m young and I’ve had great opportunities. I couldn’t ask for more.”