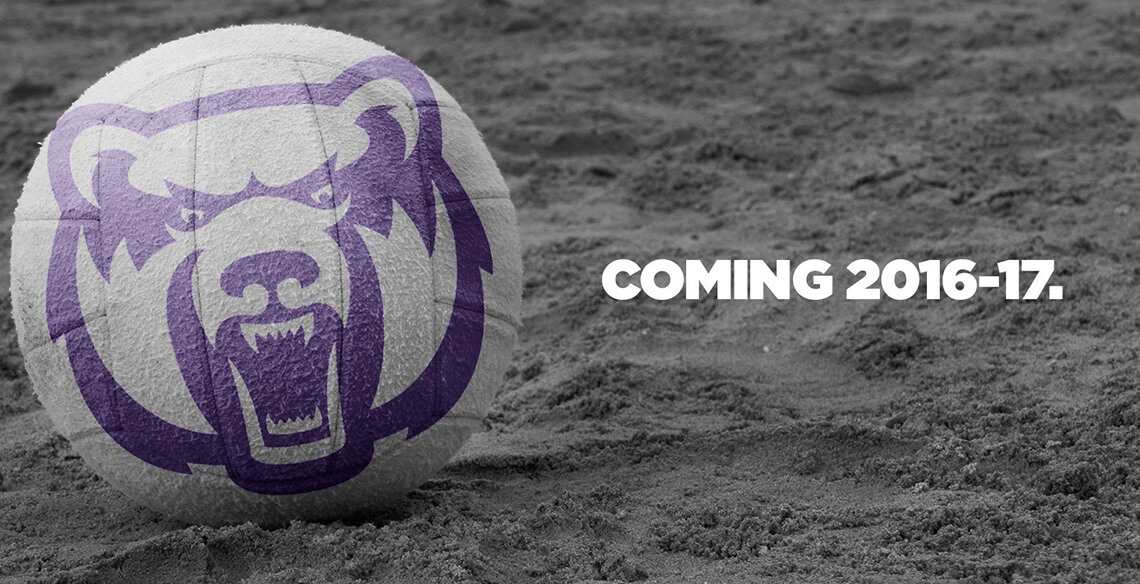 Women’s beach volleyball is coming to the University of Central Arkansas after the UCA Board of Trustees voted to add it as the 18th varsity sport at the University.

The beach volleyball season is played during March and April and will begin at UCA in 2017.

“It’s exciting to add a women’s sport to our already very successful lineup of nine women’s sports,” said Dr. Brad Teague, director of athletics. “Beach volleyball is the fastest growing sport in the NCAA and our conference right now. Being a part of this momentum will benefit our campus and program.”

Three other institutions in the Southland Conference are set to add the sport in the near future, including the University of New Orleans, Texas A&M University-Corpus Christi and Houston Baptist University. The NCAA began recognizing beach volleyball as a sport in 2010.

UCA’s beach volleyball program will compete and practice on new fields that are being built by UCA student life and intramurals and will be located adjacent to the intramural field in the south part of the campus.