Walking into Meadors Hall on the University of Central Arkansas campus was surreal for James Welch ’98.
He was a sophomore when he was first introduced to the Army ROTC program at UCA. Meadors Hall houses the program.

“I came in and inquired and went to basic camp that summer,” Welch said. “They caught me up on the first two years that I missed, and after that I was a full-time ROTC cadet.”

He graduated as a second lieutenant and began his military career. After posts in the United States and locations abroad, Welch returned to Meadors Hall in 2017. He did so with the rank of lieutenant colonel and to lead the very unit he was once a part of as chair of the Department of Military Science and Leadership.

Welch is one example of the more than 500 cadets who have come through Army ROTC at UCA over the last 50 years.

Named the Bayonet Battalion, Army ROTC at UCA was announced in 1967 and the program began in fall 1968 under former university President Silas D. Snow. 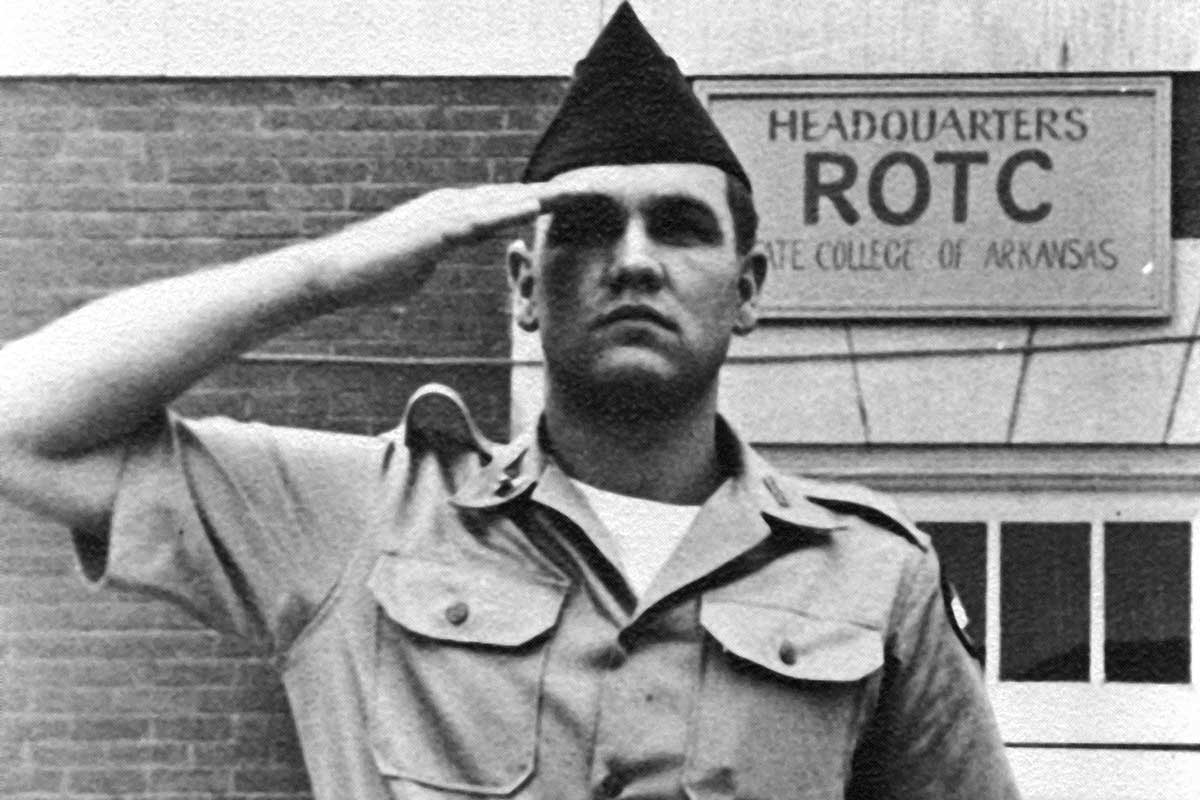 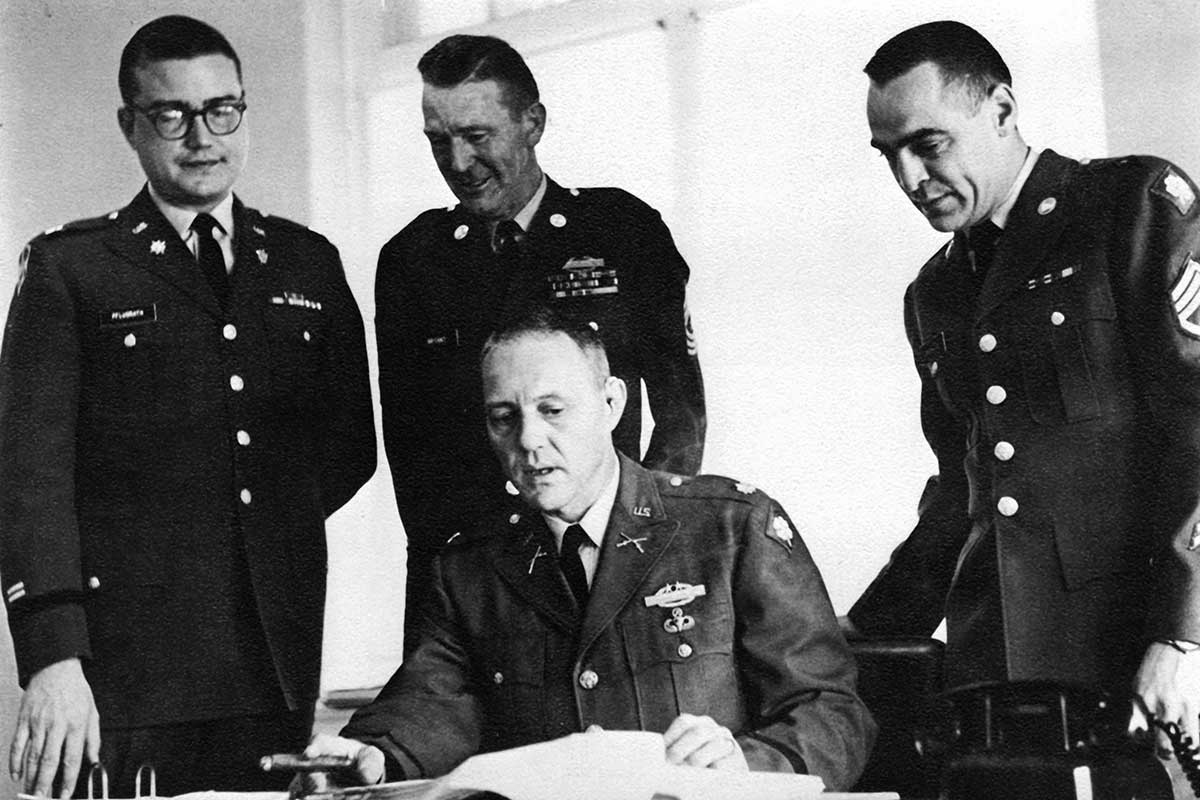 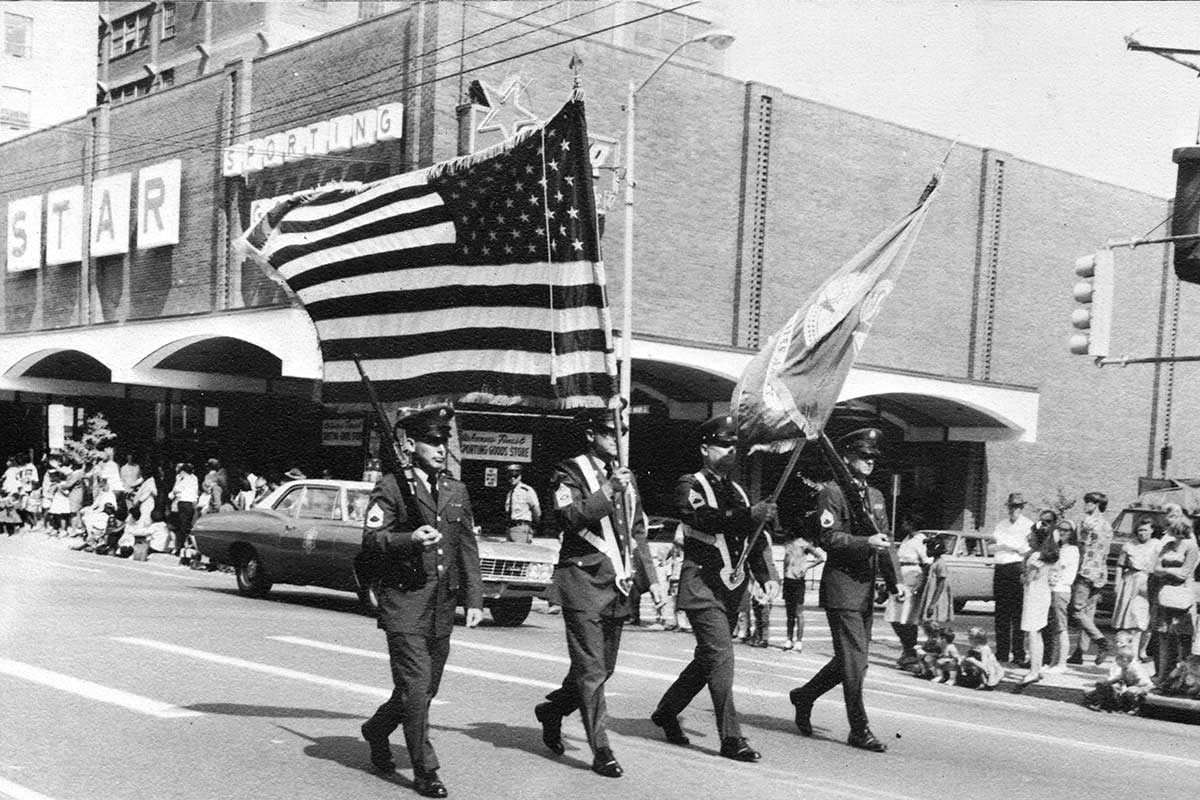 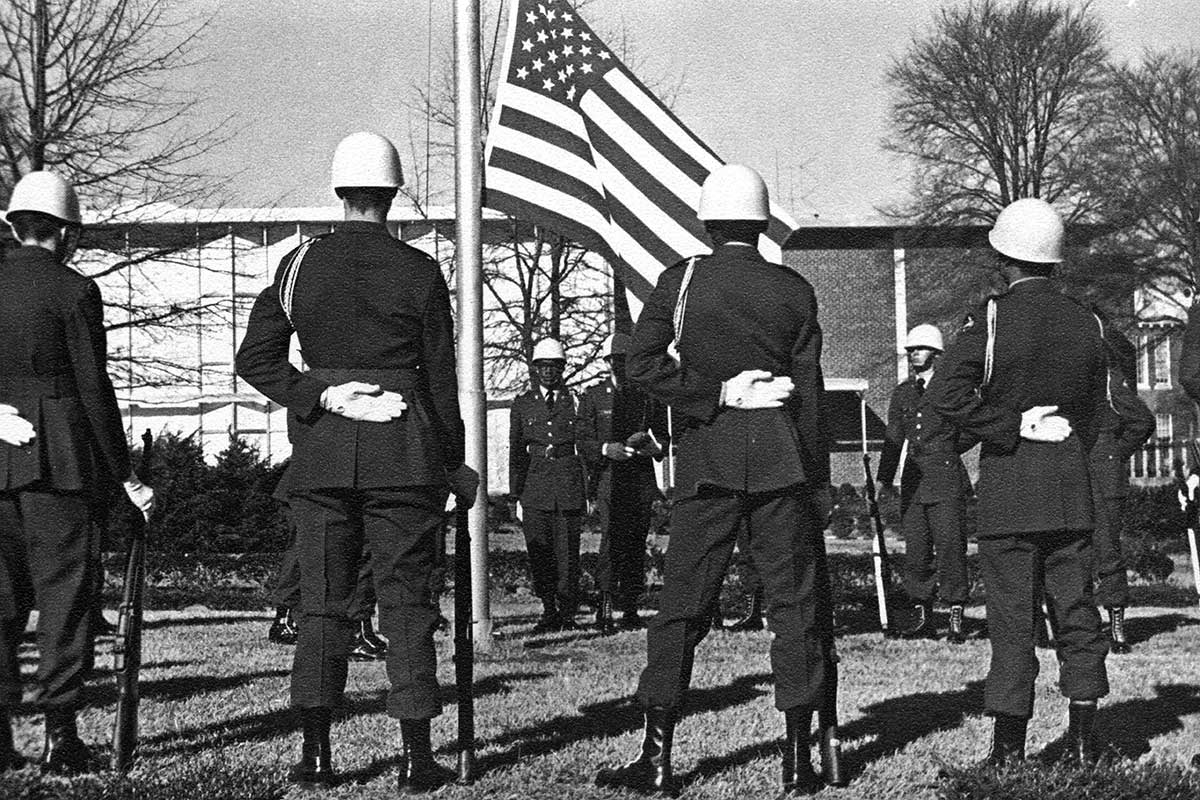 Archive issues of The Echo show images of ROTC students throughout the last five decades working with other student organizations on campus, presenting colors for campus events or scaling down the side of Old Main for training exercises.

ROTC student Brandon Lithlangsy has most enjoyed the personal growth and development.

“I am company commander, and I have to talk in front of people. I would never have pictured myself there, and I am there,” Lithlangsy said. “I think that I love ROTC so much because I see how it impacts me directly, and when I commission as a second lieutenant, I hope to continue seeing that growth in myself with Army values.”

Cadet Mercedes Bass sees the correlation between her ROTC and university experiences.

“The time we put into ROTC and school prepares us for the real world and not just the military. We learn time management and how to prioritize time wisely,” Bass said. “You learn how to be a leader and step out of your comfort zone.”

The Bayonet Battalion has received numerous forms of recognition from the university and community for its 50-year anniversary.

Arkansas Sen. Jason Rapert presented a Senate Citation to the battalion on the floor of the Arkansas Senate in February. Welch was joined by UCA President Houston Davis and Sgt. 1st Class Jeremy Pine, senior military science instructor, for the honor.

The Bayonet Battalion was presented to the UCA Board of Trustees at its October 2017 meeting as Bear CLAWS, which stands for Celebrating the Lofty Achievements of our Wonderful Students.

The unit started the UCA ROTC Hall of Fame in fall 2017 to recognize accomplished graduates. The first two inductees were retired Maj. Gen. Walter Paulson ’70, who was a member of the first class of Bayonet Battalion graduates, and retired Col. John Edwards ’84, a former Arkansas legislator.

The Bayonet Battalion also partnered with the UCA Center for Leadership Development to host Brig. Gen. Gregrey Bacon, deputy adjutant general of the Arkansas National Guard, as a speaker on “Leadership in the Military.”

The unit commissioned a sculpture by Bryan Massey, professor and chair of the Department of Art. The battalion planned several other events, including a major celebration as part of Veterans Day.

Maj. Joshua Powers is currently the chair of the Department of Military Science and Leadership, as Welch completed his time at UCA at the end of the spring semester. Welch now serves as battalion command at Maxwell Air Force Base in Montgomery, Alabama, and plans to return to help celebrate the 50-year anniversary.

“I really think us being centrally located in the state has helped, but I would say just the tremendous support that we get from the community and from our administration,” Welch said. “There’s just tremendous support for our cadets, for our program, and I think that helps.”