A concert hall, park, stadium or other venues are usual places for a musical performance, but at the University of Central Arkansas, a concert could also be held underwater.

The university presented a multipart series of events aimed at bringing attention to the importance of water and water conservation. The signature event, “The Water About Us,” included an underwater concert.

“We always try to showcase how the arts can be tools for social change,” said Gayle Seymour, associate dean of the College of Fine Arts and Communication. “The art has to resonate and be memorable. We’re trying to inspire action.”

Named “Aqurld Waves at the Water About Us,” the concert was performed three times on both Oct. 4 and 6 at the HPER Center pool on the university campus. HEARding Cats Collective, a nonprofit music education organization based in St. Louis, and UCA percussion professor Blake Tyson performed the music while playing instruments made specifically for use underwater.

Middle education major Savannah Raup was curious about what to expect at the concert.

“We are really big theater people, and we just love performances, and this is really interesting,” Raup said. “I thought it was a very well-rounded piece. It was almost like all of your senses were heightened.”

Visitors could watch poolside screens for video of the movement artists, CORE Performance Co., as they danced in and out of the water.

Raup watched from poolside seating, but attendees could also watch from a second-floor viewing area or go into the pool with the performers.

“When you dip your head underwater, you hear different things than whenever your head is outside the water,” said Beth Wilson Norwood ’09, former UCA art instructor. “It’s just really neat because you get a totally different experience.”

She initially wanted to sit poolside but later changed her mind.

“When you float on your back when you’re in the water and you hear your breath, so that becomes a part of the experience,” Norwood said. “It was a whole body experience.” 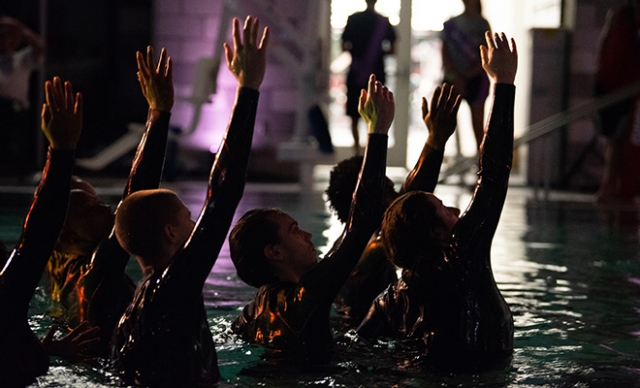 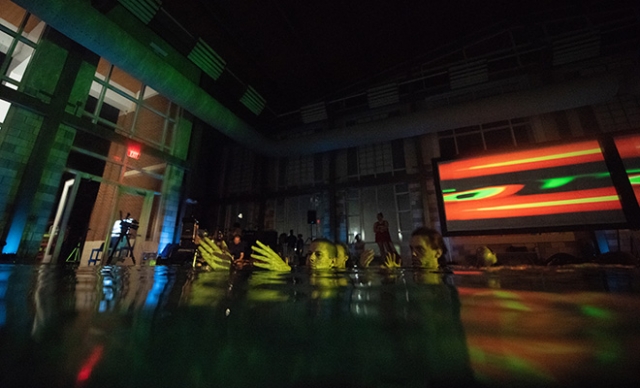 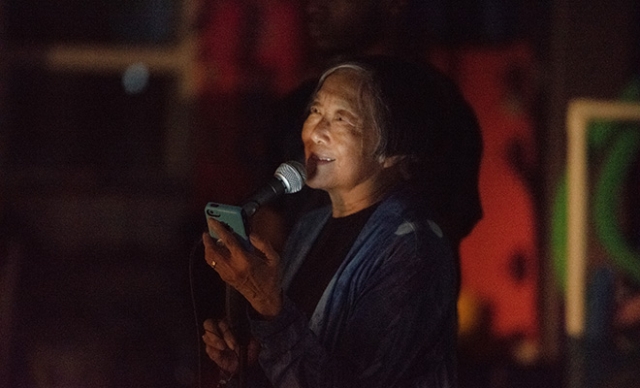 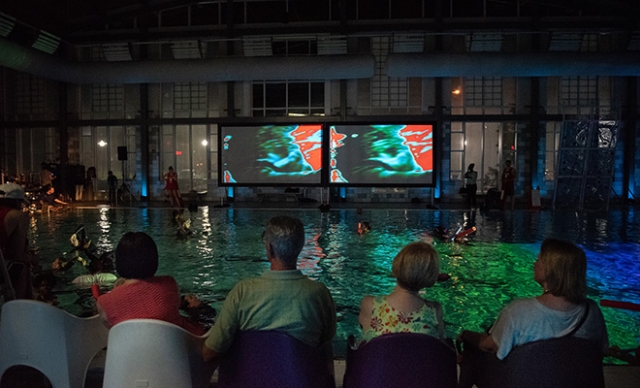 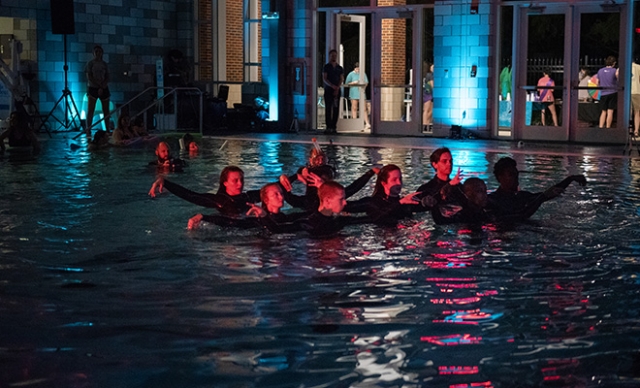 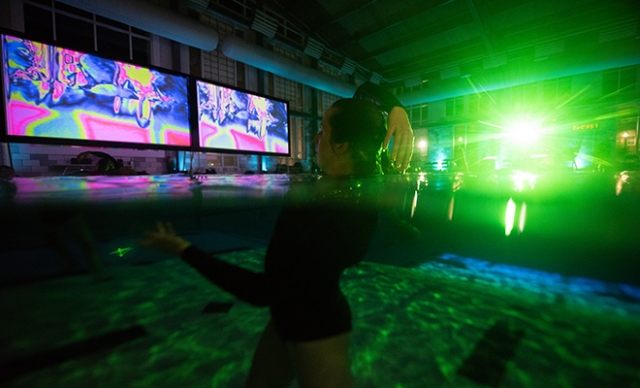 Denise Pearson attended with family to support her grandson who is part of the young adult group with Community Connections, a nonprofit organization that provides extracurricular activities for children with special needs and support for their families.

“I thought it was a very unique experience. I really enjoyed seeing all the different kinds of art come together. The sound and the music and the sights and the water — it was very, very interesting,” Pearson said.

Sophomore Jamie Lockwood is an entrepreneurship and innovation major with a minor in percussion performance. He had a special interest in the performances.

“It was really cool to watch how they were able to manipulate how the vibrations work in ways that you normally wouldn’t be able to with normal instruments outside of water,” Lockwood said.

“The Water About Us” was funded by a grant from Mid-America Arts Alliance (Regional Touring Program), an agency of the National Endowment for the Arts serving Arkansas, Kansas, Missouri, Nebraska, Oklahoma and Texas. Additional funding was provided by a grant from the Arkansas Arts Council (Collaborative Support Program), an agency of the Department of Arkansas Heritage and the National Endowment for the Arts, and by UCA through Reynolds Performance Hall, Sponsored Programs and the College of Fine Arts and Communication arts fee.