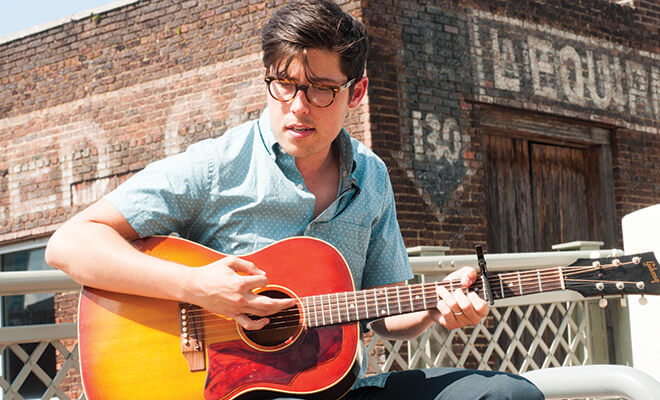 Being discovered by a famous music artist is every aspiring musician’s dream come true. For Adam Hambrick ’07 it became a reality, and he considers himself one of the lucky ones.

“I won the songwriter lottery,” Hambrick said. “Justin Moore saw me playing on television for a club show in Little Rock and told his producer about me. Luckily, they were looking for new young artists.”

That lucky twist of fate in 2011 resulted in Hambrick traveling to Nashville once a month to write new songs with Moore’s producer. A year later, Hambrick moved to Music City in order to pursue a full-time country music career.

“I got a cut on Justin’s record that was a duet with Miranda Lambert,” said Hambrick. “That propelled me forward, and I’ve written 500 songs since I started this endeavor.”

As the son of a Baptist preacher, Hambrick grew up singing in the church. He went to high school in Mississippi, and his youth pastor was an alumnus. This led Hambrick to attend UCA where he graduated with a degree in mass communication. He credits the time he spent at UCA for his dedication to hard work. 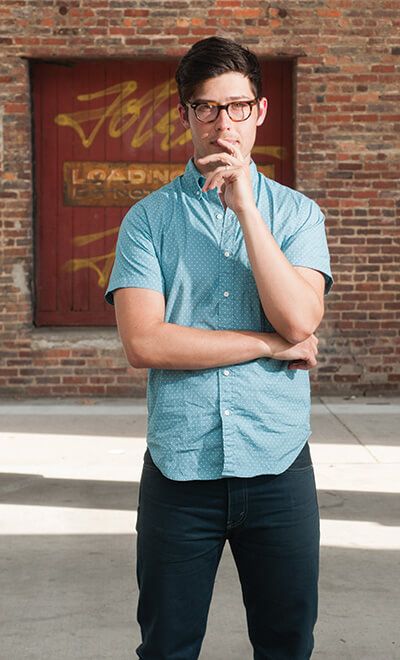 “When I was in high school I wasn’t the cool guy everybody wanted to hang out with on the weekends,” Hambrick said. “But when I came to UCA, I made this conscious effort to be involved and put myself out there on campus. What I found was a great community of people who were excited about life and excited about that community aspect of college too. I really love that about UCA.”

Hambrick has written songs for country music stars such as Miranda Lambert, Eli Young Band, Dan + Shay, Rascal Flatts and Justin Moore. He lives in Nashville with his wife and new baby, which helps him build new relationships with other musicians. Hambrick makes a living writing songs but is now working on his solo career as well.

“I’m scratching the surface with what I’m doing here in Nashville,” Hambrick said. “I’m just waiting for that one song to break through and hit the radio. It’s been a really good fit for me to be able to come to Nashville and write songs in my particular way.”

After moving to Nashville, Hambrick got the opportunity to travel back home to Arkansas in 2013 to perform on stage with Moore.

“Justin was playing a show in Fayetteville, and he asked me to play a song with him,” Hambrick said. “I thought I would just be singing into the guitar player’s microphone, but he gave me my own microphone and the most incredible, heartfelt introduction.”

They sang “Small Town USA” to a crowd of more than 8,000 screaming fans. Hambrick lists that experience as one of the most amazing moments in his life.

“To be on that stage, singing that song to my home state crowd was the coolest thing I’ve ever gotten to do,” said Hambrick. “I am absolutely living my dream.”

“It’s a song about the best days of your life,” said Hambrick. “You’re always surprised where you find them – listening to music in a beat up car with your buddies, when you find love, when you hold your first born. The feelings are so exciting and somehow so similar even though life looks so different.” Hambrick’s song appears on his summer mixtape “July,” which is available on SoundCloud.