UCA raised $1,126,580 during its sixth annual Day of Giving held March 5, establishing another all-time fundraising record. It was the first time the institution raised more than $1 million in a single Day of Giving event.

The fundraising total is a 49% increase over the previous year’s record of $757,939. A record of 1,668 donors contributed during the 24-hour fundraising event. Donors included alumni, parents, faculty, staff, students and friends, who were challenged to make a gift of any amount to support the campus. Donors participated from 47 states and Puerto Rico, eight countries and also included a constituent in Antarctica.

The university announced the news during a March 6 celebration at the Amphitheater on campus. The celebration featured UCA cheerleaders, band members and a cookout for campus partners and donors.

“Setting a record for participants and then reaching, and surpassing, the $1 million mark is a remarkable feat! This shows the incredible support of our alumni, donors and community partners,” said UCA President Houston Davis. “They are making a huge difference in the lives of our students, and their generosity will be felt in the state and beyond for generations.” 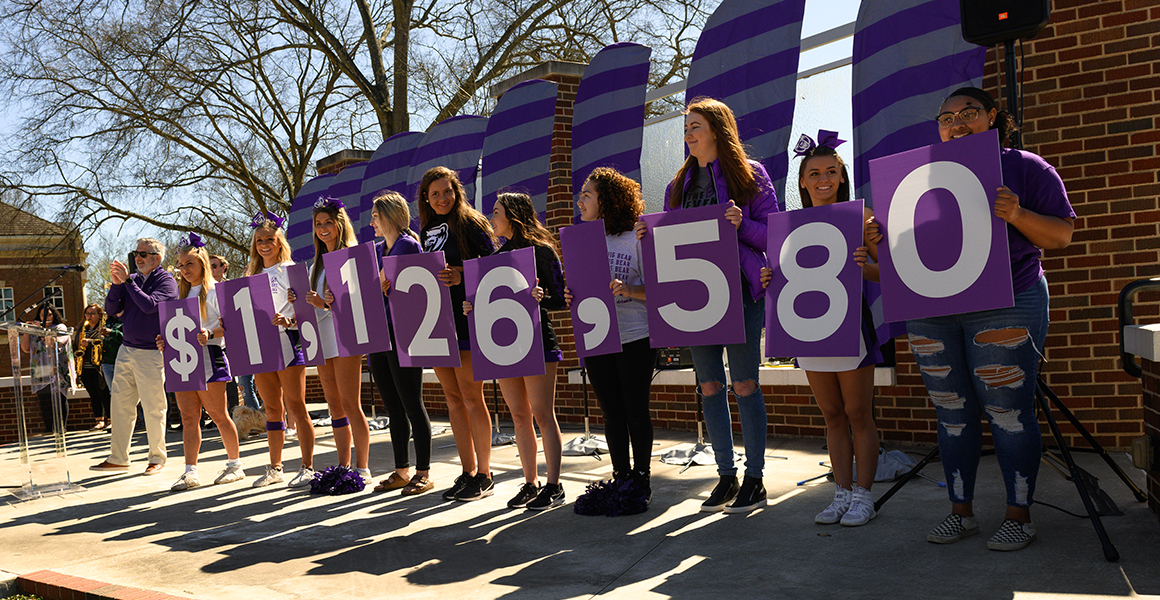 This year’s Day of Giving theme, Take Your Pick, referenced the numerous funds available for donors to choose from during the campaign. By providing multiple funds, donors were able to select and support the areas that most aligned with their specific interests.

Funds raised during Day of Giving support numerous student, campus and community needs such as scholarships, state-of-the-art equipment, experiential learning opportunities, and first-class exhibits and performances on campus that are available to the larger communities of Conway, Faulkner County and central Arkansas. 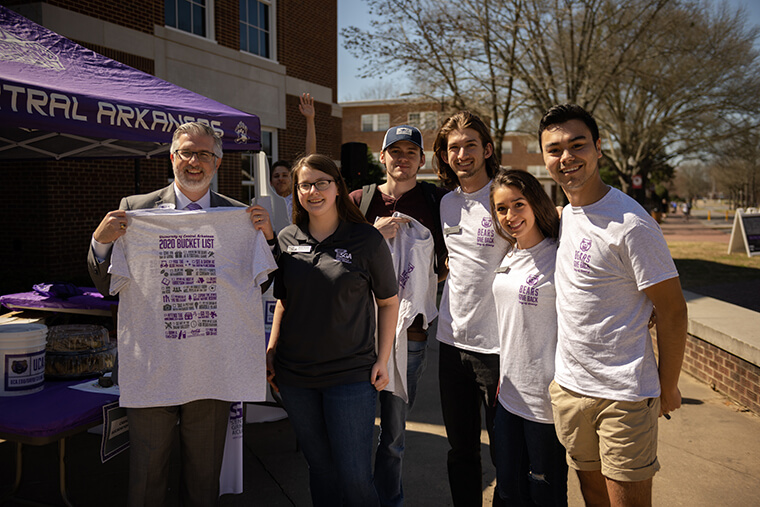 In support of Day of Giving, the Student Government Association hosted a fundraising station at the Student Center to focus attention on students supporting students. The SGA also provided a 100% matching gift for the first $2,000 in student donations. The matching gift will support the Emergency Student Scholarship Fund through the UCA Foundation’s annual fund.

“Day of Giving is an especially inspiring fundraising effort,” said Haley Fowler ’06, director of Annual Giving. “Students, faculty and staff from across our campus come together in a determined effort to raise funds for scholarships and programs. The energy this year was amazing!” 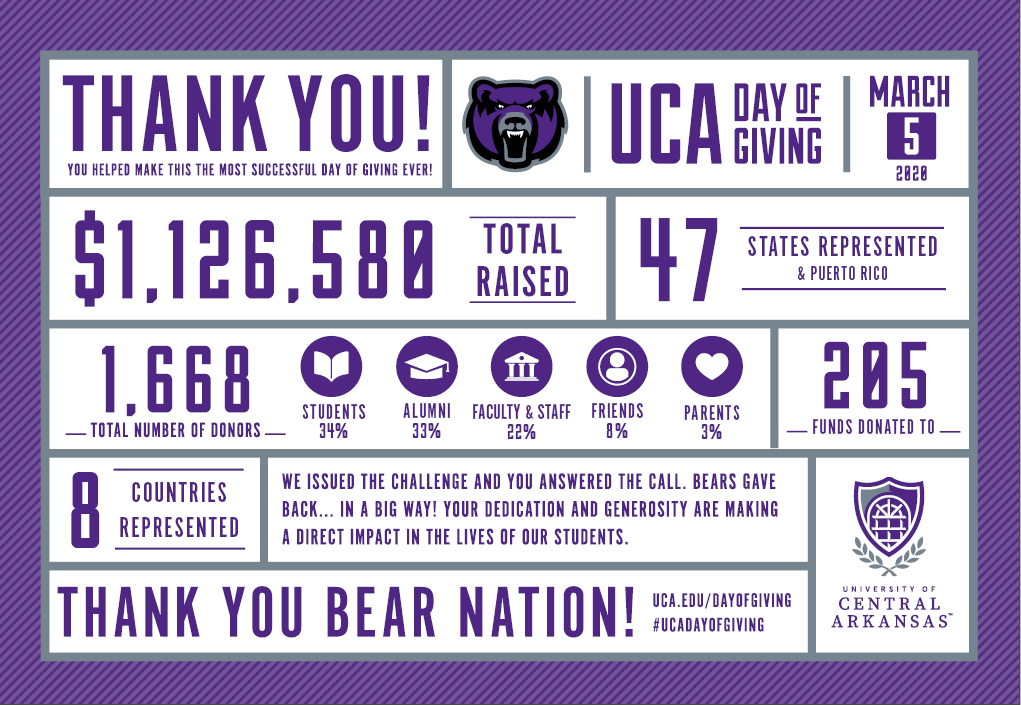