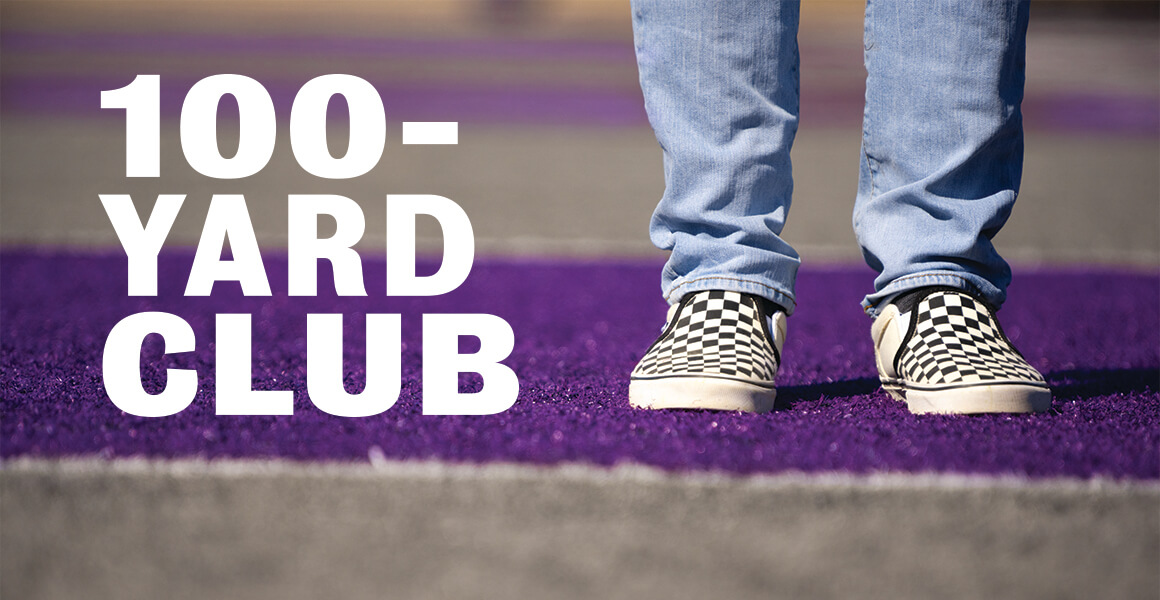 Bring together two outstanding University of Central Arkansas alumni, Faulkner County youth and Bears football, and the outcome is a unique community partnership that could change lives.

“The idea is, in life and in football, you’ve got to go the full distance. You’ve got to go the hundred yards,” said Troy Braswell ’02, Faulkner County Circuit Court judge. “You make a mistake, or you’ll do something that sets you back. You call the next play. You can’t quit.”

“I know that sports can bring people together, teach you roles and responsibilities and hard work, and high school students look up to college athletes,” Braswell said. “The 100-Yard Club is another example of UCA making a difference in the community.”

The two designed the program to include three points of contact. In the first, youth visit a Bears team practice. Youth were invited to Estes Stadium and could bring a family member. They toured the facilities, met players and coaches, and later attended the practice.

“They got a chance to be on the field and be in a position to watch our coaches coach, watch our players respond to adversity and being coached hard,” Brown said. “Sometimes, especially in situations that people get in, it’s hard to take constructive criticism.”

The practice session allowed the youth to see young adults close to their own age respond positively to feedback, Brown said.

The second contact was attending a Bears home football game. The youth had sideline passes, access to pregame activities and the locker room.

“It was an opportunity for them to actually watch the performance, the game,” Brown said. “This is why we worked so hard. This is why you’ve got to be eligible in the classroom.”

For that game, the Bears played Stephen F. Austin, winning 30 to 7.

Braswell and Brown decided the third meeting would be a formal dinner with some of the UCA players and the youth who attended the first two sessions. Braswell said it should be five youth who are eligible. The objective was to have all three activities in the fall, but the Bears’ outstanding winning season has delayed the dinner. Braswell and Brown are working to schedule the meeting later in the year.

To support an initiative of this kind, the 100-Yard Club needed approval from the university, UCA Athletics, the National Collegiate Athletic Association and others. Braswell recalled some of the parents’ reaction when presented with the opportunity to participate in the program.

“We had one young man whose mom, when we told her, broke down and cried because somebody was giving her kid a chance,” Braswell said. “Actually, it was two parents. One cried in court, and the other cried downstairs with the probation officer.”

Braswell and Brown recognized ways to modify the existing model for the club and and have begun planning activities for more youth to participate.

“What we’re doing is not about being soft with kids. It’s about being smart in the way we handle them in probably the most volatile time of their whole life,” Braswell said. “Justice requires punishment, but within justice, there are opportunities for compassion and mercy.”