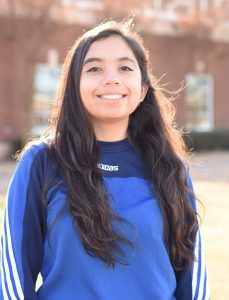 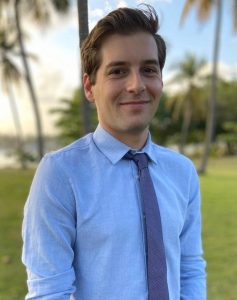 A University of Central Arkansas student and a recent alumnus have received Fulbright U.S. Student Program awards for the 2020-21 academic year from the U.S. Department of State and the J. William Fulbright Foreign Scholarship Board.

Sophia Ordaz of Little Rock and Alexander Battaglia of Bella Vista have both been offered Fulbright English Teaching Assistantships (ETA).

Ordaz and Battaglia are two of over 2,100 U.S. citizens who will study, conduct research and teach abroad for the 2020-21 academic year through the Fulbright U.S. Student Program. Recipients of Fulbright awards are selected in an open, merit-based competition that considers academic and professional achievement, as well as their record of service and leadership potential in their respective fields.

“We are incredibly proud to have not one, but two UCA Bears selected to receive Fulbright awards,” said UCA President Houston Davis. “Sophia and Alexander are both exceptional scholars, and we are honored to have them represent the university and the U.S. as they teach abroad and work to make a big impact in the world.

In August, Ordaz will earn degrees in English and Spanish with a minor in honors interdisciplinary studies. During the 2020-21 academic year, she plans to use the ETA to teach English in Mexico.

“I am thrilled, honored and humbled to have received a Fulbright award,” she said. “This opportunity will allow me to develop my abilities as a teacher and to build bridges as a cultural ambassador for the U.S. As a Mexican-American, this opportunity feels extra personal because it will allow me to be closer to my heritage and cultural upbringing.”

At UCA, Ordaz was involved with the student newspaper, The Echo, where she served as editor-in-chief, and the student literary magazine, The Vortex Magazine of Literature and Art, where she served as fiction editor. Over the years, she has also held internships for the Oxford American magazine, the Feminist Press and El Zócalo, an immigrant resource center in Little Rock.

Since 2019, Ordaz has taught English as a Second Language at Literacy Action of Central Arkansas in Little Rock.

Battaglia graduated from UCA in 2017 with a bachelor’s degree in political science and international studies with minors in honors interdisciplinary studies and creative writing.

He was a member of political science honors society Phi Sigma Alpha, the Model United Nations Club and the International Studies Club. He was also a student-athlete who ran cross-country/track and field.

From 2018 to 2020, Battaglia served in the Peace Corps as a Spanish Primary Literacy Promoter in the Dominican Republic. He was evacuated from that post earlier this year due to COVID-19.

Battaglia plans to use the ETA to teach English in a Madrid high school during the 2020-21 academic year and says he is excited to have the opportunity to serve as a representative of the U.S. and UCA in Spain.

“Fulbright offers a unique opportunity for me to grow as a language educator and foster special relationships at a time in which we desperately need global cooperation and friendship,” he added.

Fulbright U.S. Student Program awards typically begin in the fall semester. However, due to COVID-19, these awards are expected to begin in January 2021.

The Fulbright U.S. Student Program is administered at UCA through the Department of Exemplary Studies.

The Fulbright Program is the U.S. government’s flagship international educational exchange program and is designed to build lasting connections between the people of the United States and the people of other countries. The Fulbright Program is funded through an annual appropriation made by the U.S. Congress to the U.S. Department of State. Participating governments and host institutions, corporations and foundations around the world also provide direct and indirect support to the Program, which operates in over 160 countries worldwide.

Since its establishment in 1946 under legislation introduced by the late U.S. Senator J. William Fulbright of Arkansas, the Fulbright Program has given more than 390,000 students, scholars, teachers, artists and professionals of all backgrounds and fields the opportunity to study, teach and conduct research, exchange ideas and contribute to finding solutions to shared international concerns.

Fulbrighters address critical global challenges in all disciplines while building relationships, knowledge and leadership in support of the long-term interests of the United States. Fulbright alumni have achieved distinction in many fields, including 60 who have been awarded the Nobel Prize, 88 who have received Pulitzer Prizes and 37 who have served as a head of state or government. In the United States, the Institute of International Education supports the implementation of the Fulbright U.S. Student Program on behalf of the U.S. Department of State, including conducting an annual competition for the scholarships.

For more information about the Fulbright Program, visit http://eca.state.gov/fulbright. 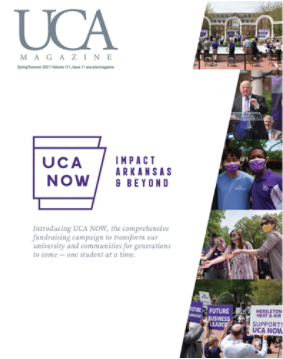